Fleets struggle to get vehicle funding 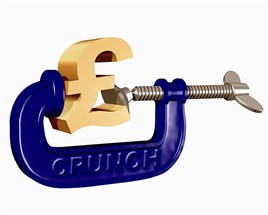 Access to funding for cars and vans is becoming more difficult for three in five fleets, according to Fleet News poll.

Businesses admit that fears of a double dip recession and the unknown extent of Government cuts in the October spending review are adding to the uncertainty.

“With funders still leaving the market and banks increasing rates to curtail demand, it is a worsening position,” said one respondent. Another commented that fleets needed 10% alongside VAT deposits as well as directors’ guarantees or they stood “no chance” of accessing funds.

The bleak economic outlook for fleets has been backed-up by a number of reports, including the annual survey from the National Association of Commercial Finance Brokers (NACFB).

It reveals that in the mid-2000s, nearly £20bn was being borrowed, but this went down to under £7bn and is now only slightly higher.

The Institute of Chartered Accountants in England and Wales (ICAEW) also says many businesses are unable to borrow from banks, because their lending criteria are too restrictive.

Meanwhile, the Centre for Economics and Business Research (CEBR), in a report commissioned by the Society of Motor Manufacturers and Traders (SMMT), claims current lending to businesses and consumers is well below the level required to secure sustainable growth.

However, the banks say demand has fallen as firms focus on paying back existing loans, while Paul Harrison, head of motor finance at the Finance and Leasing Association (FLA), said that motor finance providers continue to be able to obtain finance, albeit the cost of funds is still higher than before the credit crunch.

“Despite lenders understandably looking to manage their risk, FLA statistics show that funding granted to businesses to buy new cars is up 16% in 2010 compared with the same period in 2009,” said Harrison.

Despite this, turnover and profit growth returned to positive territory for the first time since the start of 2009.