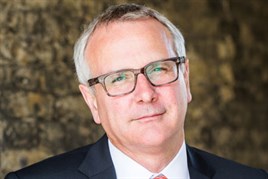 The fleet industry has faced difficult times over recent years, but as 2013 draws to a close there are signs that confidence is on the up, according to Marshall Leasing MD Peter Cakebread (pictured).

A strong retail market combined with the predictions for a wider upward trend in UK GDP offers a reason for cautious optimism.

“The ready availability of finance deals has been helping to strengthen the retail market this year and that in turn has been providing a positive backdrop for fleet,” said Cakebread.

“Pre-registration concerns have been assuaged for the time being – although it is hard to say whether this is sustainable. Meanwhile, a rise in confidence has been evident in some of the contract decisions being made by customers. In particular, there is evidence that many of the short term leases taken out while confidence was low are now being converted to standard contract hire. Although nothing is set in stone, there is reason for the industry to enter the New Year with a measure of optimism based on the current situation.”

“As the funding market has become easier, fleet costs have also reduced, which is of course great news for customers. Leasing has never been such good value.” Cakebread continued.

“Locking into 3/4 year contracts now might be a very good decision, as funding costs can really only go in one direction.”

“The ongoing debate around accounting standards has produced plenty of material for discussion in 2013, but very little concrete detail. Surely 2014 will be the year a final decision is made. If it does go ahead, no doubt it will bring plenty of complications with it. Fleet managers will need to prepare themselves for the transition phase, ensuring that they have a good handle on the practicalities. This is where your leasing company can really add value, giving professional advice, and helping frame a suitable policy.”

“The subject of first year allowances is one that we’ve raised before. While it may not be a new topic, it is still very much an issue,” added Cakebread. “The idea that leasing companies are excluded from the 100% first year allowance on low emitting cars is nonsensical. It leads to a market distortion, which paradoxically is likely to inhibit the take up of such vehicles. In any sensible world this would be recognised and addressed.”

“As businesses continue to seek ways to manage costs, smarter driving could be one answer in 2014. From an environmental perspective, a safety perspective and a cost perspective it pays to educate drivers about how to handle their vehicles in a smarter way. We’ve seen the results for ourselves with our own team. For those who are yet to embrace the concept, it would be beneficial to make 2014 their year for smarter and safer driving.”