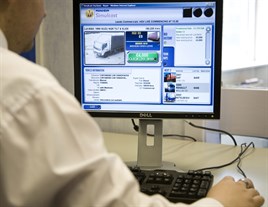 Manheim has continued to see online records tumble ever since its first digital vehicle auction platform was launched nine years ago.

Since Manheim launched Simulcast back in 2004, there has been a significant change in the way in which vehicles are sourced, with online auctions continuing to rise in popularity.

In fact, the latest figures from Manheim show a consistent year-on-year rise in online bidding over the past decade.

Manheim’s own figures show that the percentage of vehicles sold online each month rose from 7.5% in August 2004 to almost 17% in August 2013.

In addition, since the launch of the latest Simulcast product in February 2013, online attendance has increased by 19% and 27% more vehicles are now sold online each month.

September 2013 witnessed a number of record breaking sales, with more vehicles sold online than ever before.

There were 5,237 vehicles sold online during September, which is almost 18% of the entire stock at auction.

The latest figures suggest that almost 12% of visitors to the Manheim Remarketing website do so via a mobile device and, to date, more than 20,000 buyers have now downloaded the Simulcast App for mobile devices, equating to around 20% of Manheim’s entire UK buyer base.

Michael Buxton, chief operating officer of Manheim, said: “To further improve the customer experience, Manheim is continuing to develop online capabilities to make it even quicker and easier for buyers to find the vehicles they are looking for.

“As society becomes increasingly mobile, the expectation is for business to be conducted simultaneously, in as many locations as possible, in order to make the most effective use of buyer’s time.

“This means that the online platforms have supplemented the physical auctions rather than replace them, which is a trend that looks set to continue as we move into 2014.”