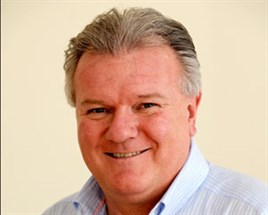 Outgoing chairman Roddy Graham has been made an Honorary Fellow of the Institute of Car Fleet Management (ICFM).

Newly-elected chairman of the ICFM, Paul Hollick, said: “Roddy Graham has driven the ICFM to new heights. In his eight years steering the Institute, membership of the ICFM rose by over fifty per cent. It was also brought firmly into the 21st Century with a new logo and website. Key initiatives included the BVRLA Professional Fleet Consultant Development Programme. Roddy is passionate over everything he gets involved with and the ICFM was no exception. He gave back to the industry and heralded professional fleet training as a means of developing a better career path and adding real value to employer organisations. It was fantastic to, in light of his tremendous achievements, for Council to recognise him in this way.”

Graham was previously non-executive director of the Zenith Leasedrive group and commercial director of Leasedrive, where he was responsible for implementation of the company's business development programme.

Before joining the Leasedrive BIMBO transaction team in a similar position in 2003, Graham was managing director of Ignition Vehicle Management.

Prior to Ignition Vehicle Management, he was managing director of Budget Rent a Car UK. Originally appointed as sales and marketing director, he played a key role in the acquisition of two car rental companies. Later, he led the purchase of seven licensee operations at a time when Budget was pursuing a business strategy of corporate-ownership.

Graham joined Budget from Highway Vehicle Management where he held the position of sales director for six years.

He was invited to join the Institute of Car Fleet Management Council as Chairman in 2006.