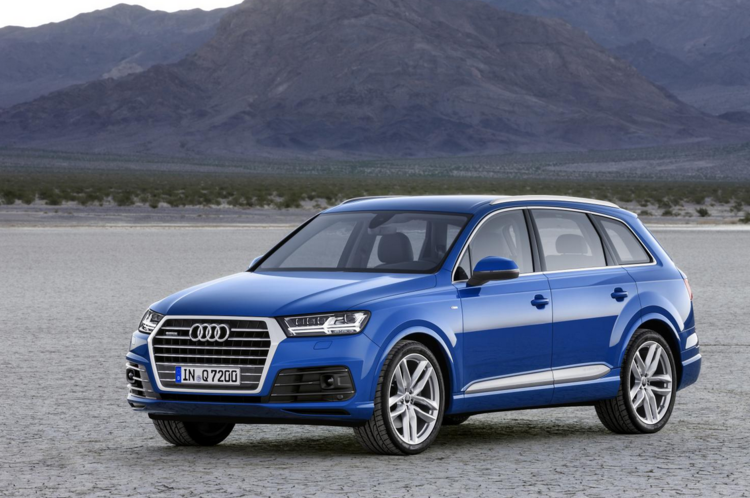 Audi is launching a new lighter Q7 SUV, to go on sale in the UK next summer.

The vehicle is slightly smaller than its predecessor, but the company claims more interior space.

Ulrich Hackenberg, Audi board member for technical development said: "The new Audi Q7 is a statement of our competence. Weighing 325 kilograms less, it sets the benchmark in its class. It is around 26 percent more fuel efficient and is equipped with the latest assistance systems, infotainment modules and connect features."

The first phase of UK-bound Q7 models will be powered by the latest incarnation of the 3.0 TDI engine with 272PS, which is capable of taking it from 0 to 62mph in 6.3 seconds. The diesel V6 can return up to 47.8mpg in the Q7, corresponding to 153g/km.

The Audi Q7 e-tron quattro, which will be launched soon after its conventionally powered counterparts, is the first plug in hybrid from Audi with a diesel engine. It offers with 373PS of system output and a system torque of 700 Nm (516.3 lb-ft), and is also the world's first diesel plug-in hybrid with quattro all-wheel drive in the premium SUV segment. It returns the equivalent of up to 166.1mpg, which corresponds to less than 50g/km. A full battery charge is sufficient for a distance of just under 35 miles.