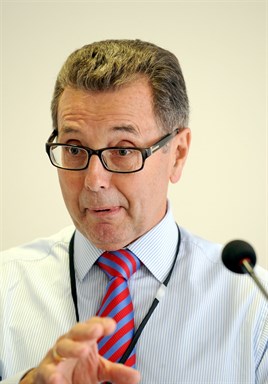 Telematics deliver million of pounds of savings to major fleet

Savings running into many millions of pounds have been made by Travis Perkins, one of the UK’s biggest companies, following the introduction of telematics devices to their vehicles.

The FTSE 100 company with 17 industry-leading brands, 1,900 outlets, more than 24,000 employees and a fleet of more than 4,500 vehicles initially introduced the technology to analyse vehicle utilisation and idling.

The result, explained Graham Bellman, director of fleet services at Travis Perkins and a founding member of FIAG, was a £15 million saving and 350 HGVs cut from the transport operation.

“More than the cost of the system was paid for by fuel savings in the first six months as a result of reducing vehicle idling and identifying the vehicles that were being under-utilised.”

Further financial savings and operational efficiency improvements have also come from using the in-vehicle technology to drive routing efficiencies, vehicle turnaround time and via a range of other “added value” benefits including daily defect reporting, axle weighing, a crackdown on fuel and product theft as well as improvements in productivity.

“The key to making improvements is to have people who will analyse the data because the volume of information available is huge,” said Bellman, who spoke of the “language of profit” and that a further by-product of the use of telematics was a 47% reduction in speeding offences.

He also recommended that fleet decision-makers reinvest some of the financial savings made in rewarding drivers by, for example, introducing driver of the year competitions and monthly awards for performance improvements.

Given the wealth of information delivered by telemetry, Bellman said that the key considerations for fleet managers having introduced the technology was to focus on what could be measured and actioned; how the data could be applied to the business; who would manage the data; who would manage the system; and how would value for money be demonstrated.