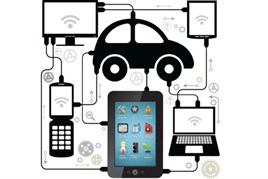 Road safety and the ability to check the performance and health of vehicles in real-time will be the biggest benefits of connected cars, say company car and private drivers.

Research by Telefónica found that almost three-quarters (73%) of drivers considered safety and diagnostic features to be the most important attributes.

More than 40% of drivers in each of the countries surveyed also considered usage-based insurance policies to be a desirable feature in a connected car.

This was highest in the UK at 53%, where leasing companies are starting to consider pence per mile contract hire agreements based on similar usage pattern analysis to insurance companies.

Pavan Mathew, global head of connected car at Telefónica, said: “Safety and diagnostics appear to be the most attractive features to drivers, illustrating just how important factors such as road safety and vehicle maintenance are in purchasing decisions.”

Drivers are also interested in navigation services that have greater functionality than today’s sat-nav systems, such as live traffic updates.

When asked which features would be most important when buying a new car, efficiency was the top preference for more than 5,000 motorists in the UK, Germany, Spain, USA and Brazil. More than 1,000 were from the UK and their views support fleets’ desires to reduce CO2 emissions.

Drivers have been able to view miles per gallon figures for many years, but connectivity dramatically improves feedback.

Fleets which use telematics can vouch for that, but Telefónica says that a company car driver in the future could arrive at a destination and their vehicle will tell them how much fuel they have used and how much the journey cost, thanks to the manufacturer and not a third-party solution.

Telefónica also expects the vehicle to offer advice about how to reduce fuel consumption via a change in driving habits, be that lower speed or less braking.

“Navigation has evolved very quickly and is now recognised as being hugely beneficial,” said Ian Digman, general manager of Nissan. “Having a map that can be enhanced through traffic and weather information – information that’s useful to the driving experience – is the next level.”

It found that the connected car will achieve mass-market penetration in the next few years, with the overall number of vehicles with built-in connectivity increasing from 10% of the overall market today to 90% by 2020.

This year’s report reveals that four out five drivers expect the connected car of the future to provide the same connected experience they are used to at home, at work and on the move via their smartphone.

The dashboard is the favoured way for accessing connected services, particularly for safety, navigation and vehicle diagnostics, with more than 60% of drivers across all markets preferring to access features in this way.

“I also think vehicle-to-vehicle communication is going to grow very quickly in the next five years.”

However, Telefónica believes that OEMs still have a way to go before they break out of their traditional role as a manufacturer and become a full, connected service provider.

Mathew said: “We can expect to see a gradual creep of connectivity into vehicles over the next few years, but there won’t be an explosion over the next 12 months.

“The reason for this lies in the complexity of the challenges that connectivity is trying to address.”