Can fleets avoid the cost of congestion? 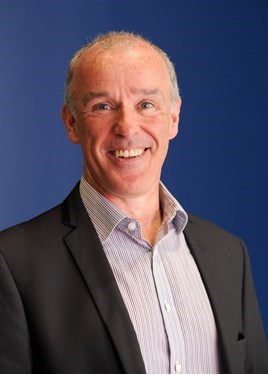 Road congestion costs fleets and businesses money. Vehicles may be stationary in traffic, but operating costs continue to escalate alongside the employment costs of drivers and other vehicle occupants and, for many organisations, there will be an impact on customer service, which may also carry a financial burden.

However, such technology does not always enable fleet vehicles to avoid congested areas and traffic jams on key routes.

Nevertheless, many businesses could work with their employees and their customers to potentially introduce greater flexibility to the working day in an attempt to avoid congestion and, simultaneously, reduce costs.

That, for example, may include for employees a greater degree of home working or travelling into the office later and leaving later instead of them suffering traffic jams as part of the daily commute.

In other cases, particularly where customer service is critical, operating outside of traditional ‘office hours’ may be a possibility.

Whatever the solution, fleets and businesses will only truly understand the cost that congestion is having on their operations by focusing on the ‘total cost of mobility’ rather than a fleet-based total of cost of vehicle ownership model.

Such a development would take into account the cost of congestion and time and not simply focus on the financial impact of the whole life cost of one vehicle versus another.

By undertaking such data collection and analysis, fleets and businesses will truly understand the cost impact of congestion and may look to change current practices and journey schedules and patterns.

As ACFO has frequently highlighted in recent months, amid political pressures and a host of other issues, including traffic congestion, growing urbanisation, climate change and changing behaviours and values, the worlds of fleet management and travel management are colliding at a rapid rate driven by technology, the ‘connected car’ and ‘big data’.

Mobility as a Service (MaaS) is a current buzzword and should be at the forefront of how businesses should be looking at travel to ensure they are using the best options for the journey, for environment, cost, safety and employee reasons.

Gridlock is the antithesis for fleets and businesses, but at the present time it may get worse before it gets better with more vehicles taking to the roads, particularly light commercial vehicles as a result of the growth in internet shopping and the requirement for home deliveries.

What’s more, local and central government and the various agencies and organisation they work with cannot be relied upon to deliver a silver bullet to get rid of congestion overnight.

In fact, apart from a radical reduction in vehicle usage it is currently difficult to think of any action that could swiftly reduce traffic congestion.

It is therefore, critical that fleet and businesses adopt vehicle journey flexibility while councils, central government and the likes of Highways England do everything in their power to keep traffic moving.

That includes working with utility companies, which are responsible for digging holes in the roads, and road maintenance companies to ensure work is undertaken outside of peak journey times, if possible, and when roads and lanes on dual carriageways and motorways are closed or ‘coned off’ work is actually taking place.

Such events all impact on congestion and anecdotal evidence suggests improved management of road and lane closures could reduce congestion.

But fleets, businesses and drivers also have a role to play. Safer driving would reduce road crashes, which impacts on congestion as roads are blocked and lanes closed.

Additionally, driver discipline is frequently poor as they ‘hog’ the middle or outside lanes of dual carriageways and motorways when the inside lane could be used, while also blocking junctions.

The idea of road-user pricing in all its various forms and a move away from the existing and long-established motor vehicle taxation policy has been floated numerous times over the last 30 years and more in many reports by many organisations - including some commissioned by previous governments.

As recently as December 2017, Transport Secretary Chris Grayling said the government was considering a ‘pay-per-mile’ scheme for lorries, but denied there were any plans to introduce similar schemes for other vehicles in the ‘foreseeable future’.

Until such a time as the government puts forward its own proposals on road user pricing with comprehensive details on how such schemes would function then ACFO will not engage in what currently amounts to pure speculation.

However, if some form of road pricing was introduced at some future date, it is critical that payment methods are simple for fleets and businesses to operate.

Self-evidently such a measure will come with an added administration burden and associated costs, which must be minimised as far as possible.

What’s more, it will be critical that management tools are available and used to monitor any charges paid, notably in respect of clearly identifying business and private journeys.

How such monitoring will be undertaken with the forthcoming introduction of the General Data Protection Regulation (GDPR) remains to be seen and could be an unintended consequence that must be resolved.

Ultimately, it could be that any government move to introduce road user charging nationwide could spell another nail in the coffin of the ‘perk’ company car with employees being further encouraged to use own cars and claim such payments through their employer’s expenses system.

That, in turn, would leave fleets and businesses managing commercial vehicles and ‘job-need’ company cars alongside an expanded ‘grey fleet’ and all the related issues that would entail - another potential unintended consequence of any move o road user charging.

By John Pryor chairman of AFCO