Fuels: AdBlue should be part of wholelife cost 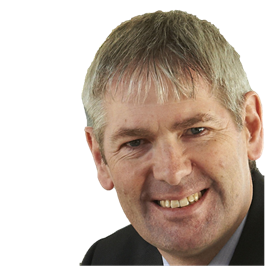 Most people in the fleet industry are now familiar with the use of AdBlue in modern diesel engine cars and why it is necessary to help control emissions of nitrogen oxides (NOx).

The latest Euro 6 emissions regulations for diesel cars and vans came into force in September and cut the permissible limits for NOx from 180mg/km to just 80mg/km.
The most common remedy that manufacturers have come up with to tackle this issue is the use of after- treatment systems, such as selective catalytic reduction (SCR), which work with the injection of synthetic urea, widely known as AdBlue.

Our evidence suggests that usage can be quite high, especially for long distance drivers, and it is estimated that a typical passenger car will consume approximately 1.5 litres of AdBlue every 620 miles.

We have seen top-up costs vary from as little as £9  to as much as £63. The lower end of the scale tends to  be the province of the independent suppliers, while the highest costs seem to come directly from manufacturers’ own dealers.

Some vehicles have large AdBlue reservoirs while others have a smaller capacity suitable for the size of vehicle; most do not have an accurate gauge to show the level of the tank and the only sign of falling levels typically come with the first warning light.

Most drivers are now aware that failure to comply with the warning lights that appear on the dashboard will eventually result in the car failing to start at all.

With such a wide divergence of prices and capacities, our advice to fleet customers is to factor in the cost of AdBlue into their wholelife cost calculations for each vehicle, as they would with any consumable, to gain a true and accurate picture of the cost of running that particular model on their fleet.

- For more on Adblue costs and procurement, see the Feb 18 edition of Fleet News