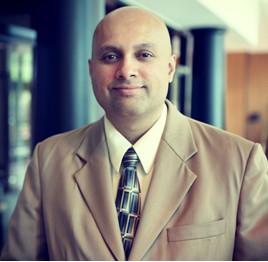 It seems every day there’s news about autonomous vehicles coming to our roads, and while the UK is making investments in this area, the country has slipped from fifth to seventh on KPMG’s 2019 Autonomous Vehicles Readiness Index.

With these vehicles set to revolutionise how we travel, Britain shouldn’t get left behind. So what can companies do to help the country be at the forefront of deploying this smart, safe, efficient technology before other countries do?

One of the main debates around driverless cars is whether they’re safe, with much of the news on them covering test driverless vehicles being in accidents and fuelling concerns about whether these vehicles will ever be reliable.

That concern is fair – after all, we need to feel safe, but often these stories don’t consider alternative means of how we can train autonomous vehicles to be safe.

Simulation is a great asset, allowing manufacturers to test and teach autonomous vehicles in a virtual environment, reducing the amount of physical road testing that is required.

It also saves manufacturers time and money, reducing the costs associated with creating physical prototypes and getting safe vehicles to the road faster.

Some companies are already doing this, putting their autonomous vehicles through 2.5 billion miles of simulation testing each year – a distance that would be impossible through physical tests.

It also allows manufacturers to train vehicles for thousands of scenarios – like a child suddenly running out from behind a parked car – to ensure it can react correctly in reality.

Another concern around driverless cars is whether they will eliminate jobs. Couple this with concerns like Brexit and Honda closing its plant in the UK, and it’s easy to see why some workers are concerned.

While these concerns are valid, a truer statement would be to say that autonomous vehicles will change jobs.

While autonomous vehicles will have so-called artificial drivers that can do strategic and operational functions like turning the wheel, mapping the route, pressing the brakes and so on, it doesn’t mean that new roles won’t emerge as a result.

Traditional driving jobs are probably still safe for another decade or so, but new jobs will arise. Companies must recognise this shift now and to plan for it by re-training or upskilling existing staff, ensuring they’re ready for the future. It’s this kind of preparation that will help the UK get ahead.

While these are just two ways for the UK to get ahead in the autonomous vehicles race, they’re incredibly important for guaranteeing safety, reducing costs and time, and ensuring the existing workforce will be ready for new roles that will help companies stay profitable in the future.