Opinion: When will we stop being drivers and start becoming passengers? 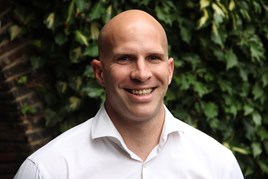 Has the time arrived when we wave goodbye to our motors and jump in an all-new electronic self-driving car instead?

Apparently so, if a new study is to be believed, despite the old motoring industry currently doing fairly well.

A new study titled ‘Rethinking transportation 2020-2030’ has presented the idea of a driverless city.

There will be cars of course, but no drivers, not much car ownership and barely any fossil-fuel emissions.

The paper theorised that 95% of passenger journeys would be made by electric, autonomous, hired vehicles and group mentality would completely evolve from ‘what car shall I buy’ to ‘how will I get from A to B?’

With the new technology and artificial intelligence we already have in today’s automotive industry, this concept isn’t quite so hard to imagine - but a fresh report from the Society of Motor Manufacturers and Traders puts up a good fight against the idea.

New data released by the SMMT found a booming industry with manufacturers turnover hitting a record high of £77.5 billion.

Vehicle production is up by 8.9% and workforce productivity is growing with employees producing 11.8 vehicles each.

Training days in the industry are also up by 9.1% with the sector employment stable at 814,000 and the average age of vehicles at scrappage has increased to over 14 years.

With so much positivity in the air, why on earth would we give up our right of passage of drivers?

Is there about to be some kind of seismic shift in the car industry that makes car ownership a dangerous and unappealing option?

Rumours of increased tax on roads, restrictions on diesel drivers and tariffs on cars continue to gather momentum.

The present may not exactly be perfect, but the future is potentially frightening if these threats are to be taken seriously.

Diesel cars are believed to have decreased in value by £35 billion globally; traffic enforcement officers are now chasing drivers who have rightfully paid for their tickets, and the looming-Brexit negotiations could see production costs rise by 10%.

Will driving becoming so strenuous, expensive and restrictive that having an autonomous car becomes the preferable option?

Only time will tell, however one thing’s for sure: nothing will stop us proud petrol-heads fighting for better driver standards.

Fleets should to expect the cost of petrol and diesel to rise through December, despite pump prices falling last month.

Values of used petrol cars are at a four-year high, according to a recent survey by Autorola UK.