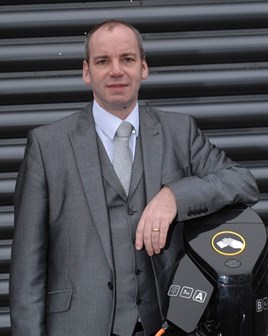 At this year’s Paris Motor Show, manufacturers such as Mercedes-Benz, General Motors, Renault, Toyota and Volkswagen were showcasing the largest range of ultra-low emission vehicles (ULEVs) ever in what is being called the year of the electric car revolution.

The growth in sales of ULEVs has been rapid. Whether this yet merits the tag ‘revolution’ is debatable, but these vehicles are certainly becoming mainstream choices. Plug-in vehicle registrations reached a record high in 2015 as more than 28,000 arrived on UK roads – exceeding the total for the previous five years combined.

However, a significant shift in what powers the vehicles on UK roads will create a challenge for the Exchequer. The Treasury is consulting on the design of new ULEV bands for company car tax, seeking to explore how best to incentivise the cleanest cars. We will be working with a wide range of stakeholders to find agreement and provide input to the Government’s consultation.

One aspect we will be considering is how best to ensure the fiscal regime encourages not only the uptake of plug-in electric vehicles, but also the proportion of electric miles driven.

With a limited electric range, vehicles like the Mitsubishi PHEV can do an excellent job in the right circumstances, but we need to ensure that the number of miles such vehicles travel on electricity is maximised compared with their use of petrol or diesel. This is a challenge for policy makers – in designing appropriate support mechanisms and fiscal implements – and for fleet managers in making sure users understand the true potential of the vehicles and actively cooperate with the aim of maximising electric mobility and minimising carbon emissions.

The answer to this challenge is not straightforward, but it is an important one of several the LowCVP will be working to navigate the best path through as the ULEV ‘revolution’ gathers momentum.