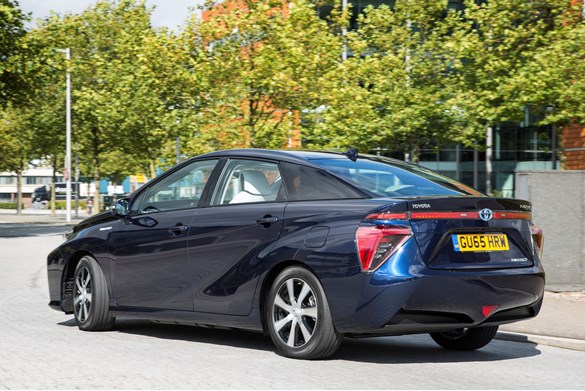 We’ve witnessed a variety of alternative fuels emerging in the last 15 years or so. Petrol and diesel motors have been combined with electric in hybrid and plug-in hybrid powertrains. Battery electric vehicles have also made an impression, and now we’ve reached the point when hydrogen fuel cell cars will start to appear.

The Toyota Mirai is now on sale, and the company expects 12 vehicles to be in UK roads by the end of November (including the company’s two demonstrators), with early adopters including Transport for London, Green Tomato Cars and ITM Power.

The Mirai is a four-seat medium saloon, priced at £66,000 before grants are applied, or available with an all-inclusive lease for £750 a month over four years/60,000 miles including fuel (reckoned to be worth £200 a month), tyres and maintenance. 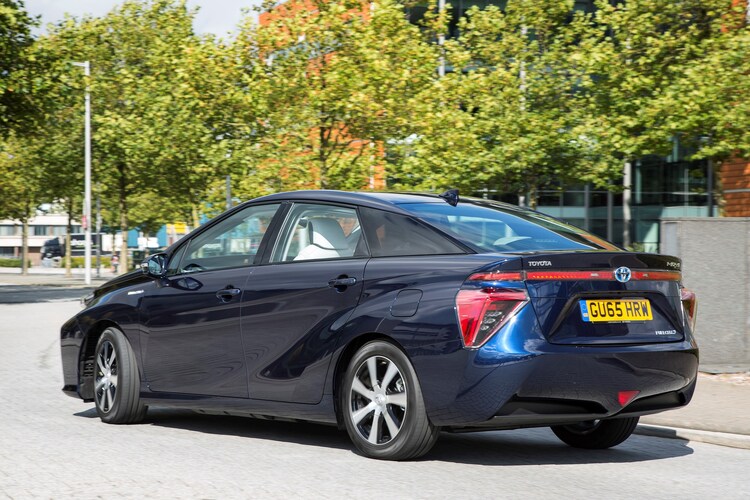 Take out the fuel element and the Mirai’s monthly cost is in the same ballpark as a BMW 530d leased with maintenance.

The Mirai has two hydrogen fuel tanks, and the fuel cell stack creates electricity, which is stored in a battery and powers an electric motor that drives the car. Emissions from the (plastic) exhaust pipe are just water vapour.

Range is up to 300 miles and refuelling takes less than five minutes.

As with all new powertrain technology, take-up will be influenced by infrastructure more than anything else, and there are currently expected to be just nine hydrogen filling stations that provide 700 bar pressure (needed for maximum range in the Mirai) open or under construction by the end of 2016. Inevitably it will mean the cars will only be feasible for those organisations and individuals based near them.

The electric motor produces 152hp and 247lb-ft of torque, and anyone familiar with electric power will know and enjoy the smooth and serene drive along with instantaneous acceleration.

The Mirai has a 361-litre boot, smaller than typical on a medium saloon, but having to accommodate a fuel tank and battery behind the bulkhead. There’s no spare wheel, either.

It’s only hydrogen rival in the UK at the moment is the Hyundai ix35, which is a little more practical, and has slightly longer range, but is based around the car that was replaced by the Tucson this summer.

The Mirai is futuristic looking inside and out, as well as distinctive. As always styling is subjective and eye-catching isn’t always attractive. But as a package, albeit a fairly expensive one for now, it’s as user-friendly as could be hoped at this stage and will help put hydrogen on the map.