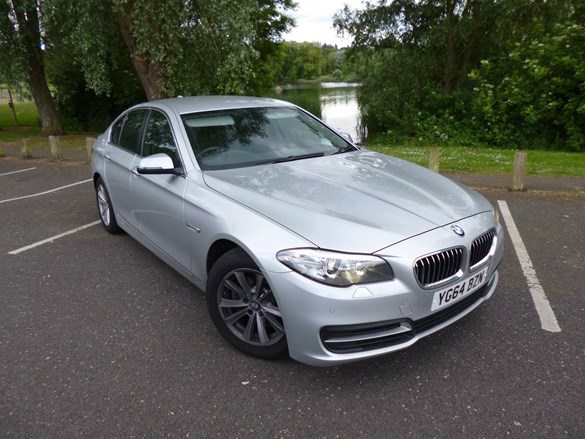 Confession time: it’s been six years since I last had a BMW for a long-term test, shortly after I joined Fleet News.

I was handed the keys to a 3 Series (320d Touring SE) by the then deputy editor; four weeks later I swapped the car for a colleague’s Škoda Superb.

Why? The 3 Series was a depressing place to be. The car’s driving prowess and superb engine were no substitute for the poorly equipped, drab interior with its uncomfortable seats. The Superb, I concluded somewhat controversially, was a better car (for me).

So I approached our new 5 Series with a mixture of trepidation and curiosity: as a former Fleet News Awards executive car of the year, would the experience be more fulfilling?

Initial indicators are very positive. BMW has been putting much greater emphasis on interior design and ergonomics in recent years; as a result, its cars are a more pleasurable place to spend time. Already, on a couple of long journeys, the car has shown its ability to transport occupants in absolute comfort, despite the fact that the seats do not have lumbar support fitted as standard.

On top of the standard spec, we have added the eight-speed automatic gearbox (a popular choice among company car drivers in this sector) at £1,550, adaptive headlights at £540, electric front seats at £950, folding mirrors (£335) and a few other bits and pieces, taking the price to £37,125.

So far, the 5 Series has banished my concerns over quality and comfort. Next step, to lift the average fuel consumption from the mid-40s into the 50s – our 2.0-litre 109g/km diesel should be capable of 68.9mpg combined.