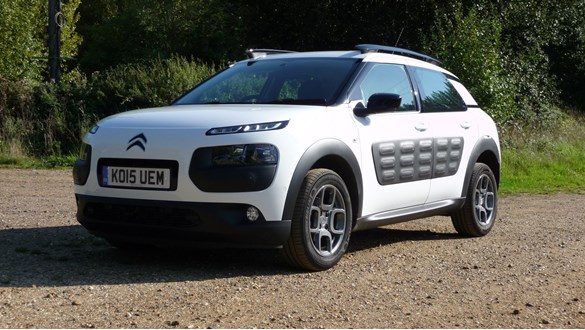 My expectations were high when the Citroën C4 Cactus joined our long-term test fleet.

The distinctive model had already won a number of high-profile honours, including best compact SUV at the Fleet News Awards.

Six months and 10,792 miles later, our Cactus has now returned to Citroën. Did it live up to its star billing? For me, the answer is a definite yes. I found our 1.6-litre BlueHDI model had plenty of appeal on both rational and emotional levels: its high real world fuel economy and low CO2 emissions providing low running costs, while I was charmed by its quirky character.

CO2 emissions of 90g/km put it in the 16% benefit-in-kind (BIK) tax band. It was also exempt from vehicle excise duty, while I achieved an overall test fuel economy of 67.4mpg (official combined figure: 83.1mpg).

Despite these figures making a strong financial case for the Cactus, in a recent Fleet News interview Martin Gurney, director fleet and used vehicles for PSA Peugeot Citroën, acknowledged that its styling will deter some fleets and drivers. I can understand that: its black plastic cladding and padded panels on the door dominate its looks, while its LED driving lights and recessed headlights give it a space-age appearance.

There are other issues too. The Cactus’s steering wheel adjusts for rake but not reach, so although I found it straightforward to find a comfortable driving position, others might have more difficulty. The infotainment system is fiddly to use, while practicality is hampered by a rear seat which folds but doesn’t split, and its high boot lip can hinder loading, particularly with heavy or large items.

But such was the Cactus’s character and high level of likeability that I found these issues easy to overlook. It was a car I always looked forward to driving, while it was also kind to my bank account. What more do fleet drivers need?