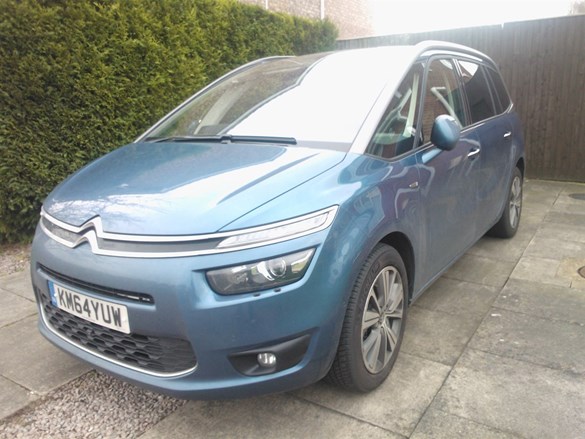 Fleet News Awards are not easy accolades to earn, and it says much about the Citroën C4 Grand Picasso that it has been named as our best seven-seat people carrier for the past two years.

Despite these honours, I didn’t expect to like our long-term test car, which has now returned to the manufacturer, as much as I did. I don’t have any children or dogs to ferry around, and my job doesn’t involve transporting cargo, so the Grand C4 Picasso’s physical size and its vast interior space seemed unnecessary for my needs.

However, it wasn’t long before the car’s versatility proved its worth: during my time with it I used it to transport six adults for a weekend break, easily swallowing people, golf clubs and trolleys, as well as carrying a couple of road bikes without having to take the wheels off.

Despite its impressive carrying capacity, the Grand C4 Picasso felt smaller to drive than it actually was, helped by its excellent visibility: thin pillars and expansive glass areas, including a panoramic roof, give the cabin a light, airy feel.

On the road it felt surprisingly agile too, while its comfortable ride made it an accomplished long-distance cruiser.

I was also grateful for our car’s optional Park Assist 360 degree pack (£450), which included automatic parallel and bay parking, and cameras fitted under the wing mirrors to give a birds-eye view of the car when manoeuvring.

This combination of technology, together with parking sensors and a rear-view camera, made manoeuvring the Grand C4 Picasso much easier than expected. Its fuel efficiency also impressed, with an overall test figure of 54.5mpg.

Niggles were few and far between: the rear offside parking sensor would occasionally freeze, sounding an alert despite no object being in range, while I found the multimedia system awkward to operate at times.