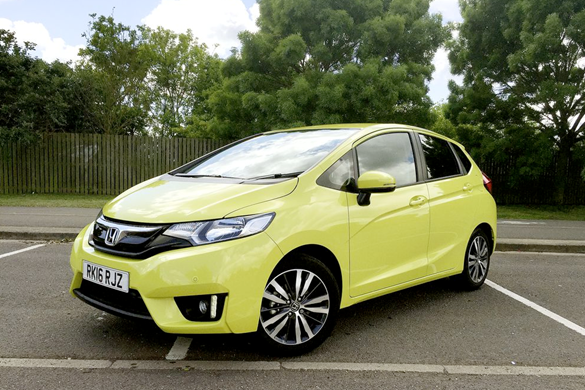 As I hand over the yellow Jazz to colleague Andrew Ryan, I thought it worth pointing out some of the quirks I’ve discovered.

Every visit to a petrol station requires you to remember to pull the fuel filler flap in the driver’s footwell – many times I have forgotten.

The lack of power that becomes apparent on a first drive improves on discovering much of the power from the non-turbocharged engine is available at higher revs. Change gear slightly later than you would in a diesel-powered vehicle, and the car begins to make better progress – without a noticeable decrease in fuel economy.

City braking is useful, though at times too sensitive when snaking past parked cars. It beeped at me several times, though did not apply the brakes.

Like many new vehicles, it doesn’t have a spare wheel – and looking at the configurator, it’s not an option.

Apart from the paint job, our car doesn’t actually feature any optional extras. The option list is mostly cosmetic, with trim, boot storage and the odd bit of lighting making up the list.

We wouldn’t spec the car differently – except for a more conservative choice of paint!