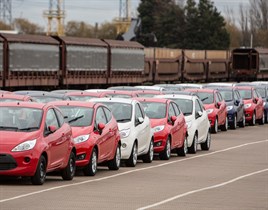 Companies should set a minimum number of business miles for staff to qualify for a job need company car to control costs. Historically, the most common thresholds were 10,000 to 12,000 business miles but some companies now stipulate 5,000 to 8,000, according to Julie Jenner, chairman of ACFO. She suggests the average threshold is 8,000 miles.

“Health and safety legislation has meant that thresholds have come down,” she says. “Employers don’t want drivers doing 6,000 miles in their own car and insist they need a company car.”

Set the threshold too high and the company will face substantial fuel reimbursement bills at the 45p per mile AMAP rate. They will also increase risk as private cars tend to be older and less well maintained than company cars.

Too low, however, and staff will be receiving expensive company cars that are rarely used for business purposes.

A recent Fleet200 roundtable discussion revealed that the economic climate is driving some companies to re-examine qualification for a company car. Employees who do low business mileage risk having their company car removed as part of an annual review. However, any changes have to be considered against an employee’s historic access to a company car as it may be written into their contract of employment.

One fleet manager, who asked not to be named, is working on a new policy with HR which could see a number of company cars being taken away from employees who do very low business mileage.

“Historically we have had a weak company car policy with no limited mileage,” the fleet manager explains. “I am working on a project to remove several hundred cars but we will need to give employees 12 months’ notice.”

The fleet manager is benchmarking other companies to determine what mileage threshold to put in place.

Removing company cars can lead to a larger grey fleet (employees using their own car for business journeys) and companies need to consider placing restrictions on the grey fleet (see case study, page 50).

Most companies allocate vehicles according to job grade/salary level. Drivers in lower job grades may find their choice is more restricted that those at a more senior level. Companies may decide to have a fixed vehicle make and model for lower job grades or a choice from a short list of vehicles. Alternatively they may offer drivers an allowance for each job grade. The allowance may be based on a benchmark vehicle with drivers able to select any car that doesn’t exceed the contract hire rental of the benchmark car.

E.on, for example, has three job grades with a benchmark rental allowance for each. This is reviewed annually against the marketplace.

Companies may allow drivers to upgrade or downgrade their vehicles.

Fleet managers at a recent Fleet200 round table discussion tended not to allow upgrading to a different vehicle (although up-speccing was allowed). However, they did allow downgrading, as it gives employees access to lower CO2 vehicles.

Specifying a minimum age may bring legal complications due to age discrimination legislation.

Employment advisory service Acas says that companies will need to objectively justify putting an age restriction on their drivers, with evidence to support their reasoning and whether there was any alternative or less discriminatory approach they could have taken.

“As a rule of thumb it is not lawful to discriminate on the grounds of cost alone,” it says.

Instead, employers could specify a minimum amount of driving experience. Companies could state that a driver must have held a valid licence, or been driving, for a minimum number of years.

While it may be preferable for drivers to have a clean licence, companies do not tend to stipulate this although they regularly monitor drivers with a high number of points on their licence. Jenner advises using a third-party provider to carry out detailed licence checks.

“If a driver gets nine points on their licence they should move up the risk assessment ladder and get checked more frequently,” she says.

Restricting the number of manufacturers should bring greater discounts, particularly if the company opts for a solus badge deal.

Even competitive industries such as pharmaceuticals, which have traditionally had open choice policies in order to attract employees, are now reducing the number of manufacturers to cut costs.

However, if the choice list becomes too restricted it may prove unpopular with drivers and some companies have seen drivers opting out of the company car scheme and taking the cash when faced with limited choice.

In some industries, the car is still seen as a key part of the compensation and benefits package. Here, the savings made by restricting badge choice could be undermined if staff leave for other jobs.

Jenner advises winning drivers over by sharing with them any of the higher discount as a result of restricting the badge. For instance, the company may receive a 10% discount and employees are given a 5% discount.

If having four or five manufacturers means that employees can be offered a higher grade car, this may also sweeten the pill.

Jenner points out that if restrictions are based on wholelife costs drivers can have a “very good choice”, as aspirational vehicles such as BMWs and Audis will still be on the list.

Changes to capital allowances in April 2009 led many companies to restrict choice based on CO2 emissions with many opting for a cap of 160g/km or lower to achieve tax benefits. The cap may apply to both perk and job-need drivers. Different limits may also be set for different job grades.

Some companies counter-balance the stick approach by also offering drivers incentives for choosing a lower emitting vehicle. For instance, if they downsize they may be paid the difference in the cost between their entitlement and the car they choose.

At some companies exceptions may be made at board level with the managing director or chief executive being able to break an emissions ceiling. However, fleet managers should aim to get 85% to 90% of vehicles below a certain CO2 level.

Some companies don’t think it is necessary to put an emissions cap in place as drivers often naturally choose lower CO2 vehicles for cost reasons (as company car tax is linked to CO2 emissions and lower CO2 vehicles are more fuel efficient). Thanks to EU legislation, manufacturers are also encouraged to continually bring out lower emitting vehicles, giving drivers a wide choice of vehicles.

E.on allows its perk drivers to exceed its 150g/km cap but they are charged £2.50 for each gram they go over per month. This policy was put in place in January in a bid to standardise policies. E.on says most drivers are “cost savvy” and are driven by taxation so only a couple have ordered vehicles above the 150g/km cap. Average CO2 emissions are currently 122g/km and E.on will be lowering its cap to 140g/km in 2013.

For health and safety reasons, companies may choose to restrict inexperienced drivers to less powerful vehicles. Companies may also choose to restrict engine size in line with Advisory Fuel Rates (AFRs). For instance, if a company allowed a driver to have a 2.2-litre engine instead of 1.6-litre engine they would have to reimburse drivers 6p per mile more under current rates.

Companies typically prohibit convertibles or coupés (unless they can seat four people) because these vehicles may not be fit for purpose and it may be difficult to reallocate them should the employee leave the company.

A 4x4 or SUV may not be permitted for fuel economy and emissions reasons or due to the negative image these vehicles have, which might reflect poorly on the company.

However, some companies make exceptions in the case of perk drivers or directors.

In Employee Car Ownership schemes, drivers may also be able to select a coupé.

And in some cases 4x4s may be needed for the job.

Some companies also allow 4x4s if they fall below their CO2 emissions cap. For example, E.on allows 4x4 vehicles for business-need drivers provided they are below 150g/km.

Many companies operate a diesel-only policy as it is more cost effective for high-mileage drivers.

One-third of the companies surveyed in PricewaterhouseCooper’s Company Car UK survey 2010 said they restrict choice to diesels while 65% encourage the use of diesel cars.

Petrol may be allowed on the perk fleet if drivers are not doing high mileage and some Fleet200 companies said they allow petrol hybrids.

In certain instances it may be worth relaxing a diesel-only policy as some petrol cars may work out cheaper.

For resale purposes companies may restrict drivers from choosing ‘exotic’ colours or colours that traditionally don’t perform well at auction. Fleets that don’t take the residual value risk may find that colour choice is reflected in the monthly rental. Reallocation also means it is best to put some restrictions on colour. For costs purposes and reallocation it is also worth restricting how many options drivers can choose.

To ensure drivers have the safest vehicles, some companies specify a minimum Euro NCAP rating – often four or five stars.

Alternatively they may stipulate safety technology such as ABS and ESP/ESC. There is a range of other safety features which fleet managers may wish to consider such as blind spot monitoring, lane departure warning system, driver fatigue monitoring and autonomous emergency braking. However, with many of these features not yet standard, companies need to weigh up the cost versus safety benefit.

Most popular articles in Wholelife Costs