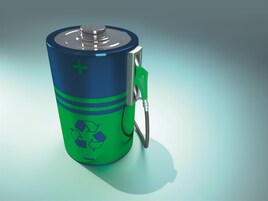 This feature originally appeared in the October 2020 edition of Fleet News. Read the digital issue of the magazine.

We’ve all experienced the issue of lithium-ion battery degradation through our smartphones.

When brand new, the batteries seem to last forever, but over time and use they need to be charged increasingly frequently as their capacity reduces.

This means that an EV will be able to travel less far on a single charge until the point when the battery is no longer suitable for use in a vehicle.

However, there should be no reason for a fleet decision-maker or driver of a new EV to panic.

If the observed degradation rates were maintained, the vast majority of batteries would outlast the usable life of the vehicles.

“As you might expect, the older a vehicle is, the more likely its battery has deteriorated,” says Charlotte Argue, senior manager, fleet electrification at Geotab.

“However, when looking at average decline across all vehicles, the loss is arguably minor, at 2.3% per year.

“This means that if you purchase an EV today with a 150-mile range, losing about 17 miles of accessible range after five years is unlikely to impact your day-to-day needs. Under ideal climate and charging conditions, the loss is 1.6%.

“As vehicles come out with larger battery packs, losing some capacity may not impact your day-to-day driving needs and shouldn’t overshadow the many benefits EVs have to offer.”

She adds: “One exciting piece of information we were able to glean from the data was that vehicles with high use did not show significantly higher battery degradation.”

EV manufacturers have also moved to soothe any concerns over battery health by offering battery warranties, typically covering much more than the typical fleet vehicle replacement cycle. For example, the Peugeot e-208’s battery has an eight-year/100,000-mile warranty for 70% of its charge capacity.

But there are good reasons for organisations to look after the health of their EV batteries even if it does not directly impact their day-to-day operations.

A battery’s state of health (SOH) may affect future residual values, while a cared-for battery can be used in ‘second-life’ applications such as battery storage after it is no longer used to power a vehicle.

“Heat could be a stress, high charging current could also be a stress. You cannot completely prevent that there will be a kind of ageing, but there are chemical processes that you maybe can delay: if you are smoking a cigarette then you age faster, so perhaps the preventative measure is to quit smoking.

“Similarly, for batteries, if you are doing a lot of fast charging and that is reflected in the ageing model, then you can take the corrective measures for reducing the peak current or peak power performance.

“If you know how to carefully handle your battery, it will last longer.”

1 Manage the state of battery charge

“Typically, when you buy a new mobile phone, it comes with 50% or 60% of charge because that’s a nice, healthy state to keep the battery in,” says Samuel Abbott, energy system hardware specialist at Cenex. “You want to avoid storing it fully empty or fully charged.”

The same principle extends to EV batteries. Geotab’s Argue says ideally the state of charge should be kept at 20% to 80%, particularly when an EV is left for longer periods, and it should be charged fully only for long distance trips.

Grid management services and charging infrastructure provider Enel X adds: “Lithium-ion batteries last longest when they aren’t always charged to 100% or drained to the point of being almost fully depleted.

“The EV manufacturers know this. They engineer a vehicle’s battery management system to ensure that doesn’t happen so even when an EV shows a 100% state of charge, the battery is only about 90% charged, with the 10% left unused as a ‘buffer’ to prevent overcharging.

“Even with the 10% buffer it’s better if you only power your EV to about 80% unless you need the extra range for a particular day. In that case, it’s fine to fuel the batteries all the way to 100%.”

Enel X advises users not to frequently drain a battery below 5% and when they do, the EV should be charged as soon as possible because “leaving a nearly-drained battery sit for a long period of time (typically weeks rather than days) without recharging can permanently damage the cells, shorten the battery life, and eventually contribute to battery degradation”.

Geotab’s analysis found the use of DC rapid chargers (typically 50kW and above) appears to increase the rate that batteries degrade: after 48 months, EVs operating in a hot climate (five days a year over 27oC) which had been rapid-charged more than three times a month would have an average battery SOH of around 80%. When new, a battery has a 100% SOH. After the same period, an EV which had never been rapid-charged had an SOH of around 90%, while one which was rapid-charged up to three times a month was at 85%.

Enel X says rapid-charging won’t damage a lithium-ion battery as long as the number of times it is done is limited.

“However, the combination of frequent DC rapid-charging in hot ambient temperature settings can accelerate the battery’s loss of capacity. You should try to only use DC rapid-charge stations when you need to, and use slow charging stations for daily recharging at home.”

ChargePoint says that when using a rapid charger, it’s best to unplug when the battery reaches about 80% charge.

Every battery follows a ‘charging curve’ when plugged in. Charging starts slowly while the car monitors several factors from the battery’s charge level to the weather outside, climbs to peak speeds for as long as possible and slows down again at 80% to prolong battery life.

“It could take almost as long to fill the last 20% of charge as it did to get to 80% in the first place,” adds ChargePoint.

The climate is out of the control of a fleet decision-maker or EV driver, but they should do what they can to avoid extremely hot temperatures, says Argue.

After 48 months, the SOH of an average battery in hot climates was around 90%. For temperate conditions this was around 96%.

“This is not great news if you and your fleet toil under the hot sun,” says Argue.

EVs feature systems to cool the batteries when they rise in temperature, but Enel X recommends drivers take steps to protect the battery if they are used in areas where temperatures frequently exceed 30oC.

“Wherever possible, try not to leave the car parked in direct sunlight for long periods of the day when the temperatures are very high”, it says.

“If you know the car is going to be exposed to high temperatures, don’t charge it past 80% that day, unless you need the extra range.”

Enel X says cold temperatures do not have the same effect. “The cold will reduce the driving range of an electric car because the chemical reaction inside the battery cells slows down, and that limits the amount of energy available,” it adds.

“However, as soon as the battery warms up, its fine and there’s no lasting effect from cold conditions.”

* The majority of the vehicles used in the analysis were from North America.