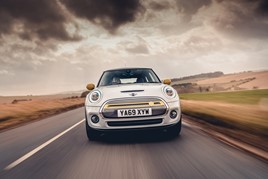 This feature originally appeared in the April edition of Fleet News. Read this article in full

The fortunes of salary sacrifice schemes for cars has ebbed and flowed over the years to reflect changes in the tax climate, but experts believe they are now “perfect” to help employees move into electric vehicles.

The latest changes - introduced in 2017 by the Government under the Optional Remuneration Arrangements (OpRA) – reduced the savings available through the staff benefit in the majority of cases, therefore lessening the schemes’ appeal.

However, ultra-low emission vehicles were not affected and the introduction of new benefit-in-kind (BIK) tax rates at the start of this month, which include 0% for battery electric vehicles (BEVs), make salary sacrifice “effectively perfect” for perk drivers who want electric cars, says David Raistrick, senior manager at KPMG in the UK.

“There are fantastic savings to be had for the employee and employers from successfully introducing salary sacrifice arrangements,” he adds. “Now is really the time to think about these arrangements – they should really take off again.”

These savings can amount to several thousands of pounds per vehicle each year and leasing companies such as Arval UK and JCT600 Vehicle Leasing Solutions have either already seen a surge in interest or expect salary sacrifice to become increasingly popular for EVs.

“We are already seeing a resurgence of salary sacrifice , especially at the management and senior management level,” says Christopher Caddick, head of business development at JCT600 VLS.

Shaun Sadlier, head of consultancy, Arval UK, adds: “Our view is the new arrangements make the EV and ultra-low emission company car an attractive option for employees including via salary sacrifice. We expect to see numbers grow over the coming years.”

The way salary sacrifice schemes operate stays the same: the employer leases the car, inclusive of maintenance and insurance, and the employee sacrifices part of their salary before tax to pay for it. This means employers can save on national insurance contributions (NIC) for every employee on the scheme, while participating employees save on national insurance and income tax.

Before the OpRA changes, drivers obtaining a car through salary sacrifice were taxed on the BIK value of their car and – dependent on the choice of vehicle – were able to make income tax and national insurance contribution (NIC) savings by paying for it out of gross salary.

The reduction in taxable pay also reduced the NICs employers made.

However, the current rules mean that anyone who now enters a salary sacrifice agreement for a car with CO2 emissions of 76g/km and above pays income tax on the greater of the taxable value of the vehicle or the salary being sacrificed for the car.

Industry estimates at the time suggested the change could cost drivers up to £240 more a year than the old rules.

Employers also have to pay NIC on this amount, meaning they do not enjoy the same savings as before.

ULEVs, however, were exempt from the changes, and the Government’s decision to cut the BIK tax rate on BEVs from 16% in 2019/20 to 0% in 2020/21 has unlocked significant savings for both employers and employees.

What are the potential savings?

Fiona Howarth, CEO of Octopus Electric Vehicles, says an average car-driving employee could retain up to £7,000 in a four-year period by acquiring a BEV through salary sacrifice that would otherwise have gone on tax, fuel and maintenance that a petrol or diesel car would typically need.

She gives two specific examples of the potential tax savings. One is for ‘Max’, a 20% taxpayer earning £40,000 who has taken a Nissan Leaf over a three-year/30,000-mile term.

He also pays no BIK this year, although this increases to £5 and £10 a month in the following two years as the BIK rates for BEVs increases to 1% and 2% respectively.

This gives Max an average monthly net payment of £303 per month, a saving of £4,896 over the three years.

Benefits of salary sacrifice for BEVs