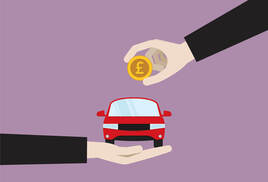 Consecutive Budget and Autumn Statement announcements have included a warning about the popularity of salary sacrifice schemes and their impact on the Government’s tax take.

Salary sacrifice for cars has become an increasingly popular employee benefit over the past few years.

Alastair Kendrick, tax director at MacIntyre Hudson, said: “It is clear that the Government are still considering what they should do in regard to salary sacrifice. The difficulty for them is the significant tax loss to the Treasury from these schemes.

“In an age in which the chancellor is looking to find savings, it must be very tempting to stop these arrangements. I would not expect for anything further to happen before the spring budget.”

"Besides their other benefits, salary sacrifice car schemes are actually tax positive to the Treasury over the medium to long term so it would be crazy for the chancellor to do anything to harm their take-up.

"The only danger we see, is if an ill-informed chancellor ends up throwing the baby out with the bathwater."

Most salary sacrifice schemes rely on the Government allowing people to save income tax on the salary being sacrificed and the items on the schemes - pensions, bikes, childcare vouchers - are then allowed to be taken tax free.

However, Hosking explained: "Salary sacrifice car schemes don’t work this way. The Government loses tax on the salary being sacrificed but then collects tax revenue via benefit–in-kind tax on the company car being provided and some VAT on the car as well.

"With the published increases in BiK that have been announced by the Government, the tax positive nature of car schemes is only going to be greater over the next five years. Hence, they would have to be crazy to hinder their uptake."