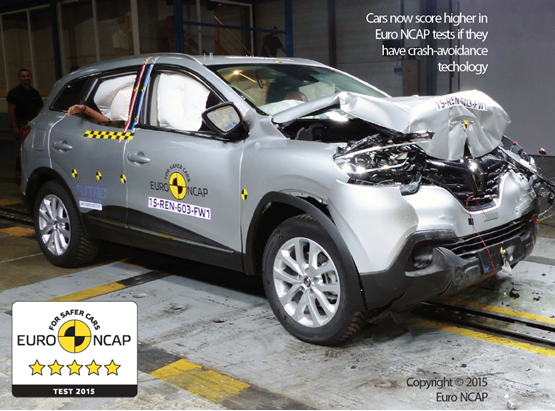 It’s generally accepted that the more stars from Euro NCAP a car achieves, the safer it is.

To an extent, that’s true – but a five-star car tested today is in no way comparable to the first car to achieve a five-star rating, the Renault Laguna, in 2001.

Launched in 1997, off the back of a UK Department for Transport pilot test with six superminis, Euro NCAP has now tested more than 500 cars. The programme is operated independently from Brussels, with a number of partner members made up of governments, research bodies and automotive associations.

There are six test facilities across Europe, including Thatcham Research in the UK.

Each partner member funds the testing of at least one model per year, although car manufacturers can sponsor their own cars. The process is the same, regardless of funding, and the process remains independent from manufacturers. Once a model has been chosen for testing, Euro NCAP will look at manufacturer data on the best-selling variants across Europe, to select one particular variant for testing.

Euro NCAP testing generally makes use of up to four vehicles, which, if the vehicle is already on sale, will be bought anonymously from dealerships to ensure the results are a fair sample of production vehicles.

Vehicles have to be fully type approved, legally saleable to the general public and from the main production run to be tested under the scheme.

As vehicle safety and the scheme itself have evolved, the number of areas tested in a vehicle has changed considerably. Euro NCAP recommends that, when comparing vehicles, the full score is taken into account, not just the top-level star rating.

Euro NCAP has a history of adding new criteria to the test, and today, as safety technologies develop and become more mainstream in the market, the body looks to integrate them within the assessment process, so that they can count towards overall scores.

Points for driver assistance technologies, such as the presence of electronic stability control (ESC), were introduced in 2009.

Three years later, ESC testing was added to the scoring process. No longer was the presence of ESC adequate to achieve the score – the ESC system had to perform well in a robot-controlled test. However, now that ESC is a mandatory fit, it has been removed from the test.

Euro NCAP began testing in 2013, ahead of the inclusion, to allow manufacturers and industry to understand their scoring criteria, and to provide a baseline level.

As new technologies grow and develop, it’s certain that Euro NCAP will update its testing procedures to follow.

But back to the first five-star car for a moment: the Laguna. In 2001, it achieved its five-star rating for adult occupant protection, yet only a two-star rating (out of four) for pedestrian protection.

The report at the time said: “The car body proved extremely stable and provided good protection for occupants.” The car also included side-curtain airbags, contributing to its high score. When it came to pedestrian protection, however, the report said “the front of the car is unforgiving”.

Fast-forward to 2015, and the 2001 single-page report has given way to a comprehensive 10-page document. The Renault Kadjar, which could be seen as the Laguna’s equivalent in the present day Renault line-up, has just been awarded an overall five-star rating.

The stars have given way in assessment areas for percentage scores – they allow much more precise variation in the awards given.

For example, the Kadjar receives an adult occupant score of 89%, and a pedestrian protection score of 74%.

Like the Laguna, the passenger compartment remained stable, but the vehicle was tested in many more areas in far more detail.

On the Kadjar, “the driver dummy scores maximum points”.

Not present in the 2001 report were the assessment areas for child occupant protection, and safety assist systems.

In the Kadjar’s case, autonomous emergency braking isn’t standard and isn’t expected to be fitted to most cars, so it wasn’t tested.

However, lane departure warning and speed assistance systems were optional, but likely to be fitted to most models, so they made the cut.

Discovering how much damage a car would cause to the limbs of a human, in cold, technical language can make grim reading, but the essential testing Euro NCAP facilitates is making death and serious injury from collisions much less likely than it would have been in the past.

What the assessment areas test

These tests are typically the type you would associate with a ‘crash test’. Two frontal impact tests take place. The first test, at 40mph, involves 40% of the front of the car making impact with a deformable barrier, which Euro NCAP says is consistent with most head-on collisions. This type of incident is responsible for more deaths or serious injuries than any other type of accident.

New for 2015 is a 31mph impact into a full width, rigid barrier. As cars have become stiffer, this test looks at deceleration after impact, to ensure the seatbelts and other restraints are actively protecting vulnerable passengers from severe injuries.

In addition, there are side tests: one where the car impacts a pole at 20mph, and the other where a side barrier impacts the car at 30mph.

This assessment area also  looks at the effectiveness of city autonomous emergency braking, while seats and head restraints  are tested for protection  against whiplash.

The child occupant protection assessment area investigates the performance of child restraint systems and car seats in both the front and side impact tests used by the adult occupant assessments. A range of car seats and child restraints are tested,  in a number of positions throughout the vehicle. Points are also given for use of Isofix fixings for child seats,  clear labelling for front airbag deactivation and ease of seat installation.

Pedestrian protection assessment area looks at three points of impact – the head, upper leg and lower leg. Tests assess the potential risk to injury from the front of the vehicle, including bumpers, bonnet,  and windscreens. Pedestrians  are involved in 14% of all  road casualties.

The safety assist assessment area looks at the most important technologies that help avoid accidents and reduce injuries.

Interurban autonomous emergency braking is investigated – it operates at higher speeds than the city braking systems tested under the adult occupant strand. Three scenarios are tested, and  the automatic brake and collision warning notifications are assessed.

Euro NCAP says the seatbelt remains the single most effective item of safety equipment in cars,  so this element of testing also assesses the volume and duration of reminder alerts.

The fitment of speed assistance systems, that notifies drivers of speed limits on the road the car is driving on, or when the car exceeds a preset threshold, is positively rewarded, while lane departure warning and lane keep support  also receive credit.

Euro NCAP said the XC90 offered good protection for adult occupants, with the passenger compartment remaining stable throughout impact. Autonomous emergency braking is standard, to help reduce whiplash, and it activated before collision in all of Euro NCAP’s tests.

Child dummies were mounted using easily installed fixings in both second and third row seats, with good protection of the body.

The bumper was said to protect pedestrian legs well, and the bonnet offered good or adequate head protection. Euro NCAP praised the autonomous braking system’s pedestrian detection, but added that the pedestrian detection system had not become part of testing at the time it took place.

The car achieved a full score in this category because all the systems assessed by NCAP are standard fit across the XC90 range. The car’s systems managed to avoid collisions at all speeds and in all scenarios tested. 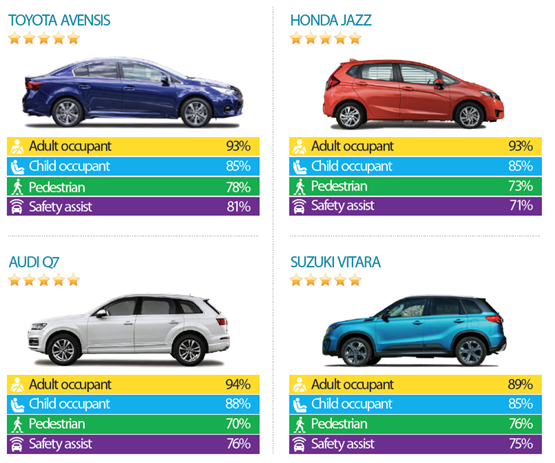 The Institute of Advanced Motorists (IAM) operates a fleet with a minimum five-star NCAP rating policy.

Vehicles joining the choice  list (made up of eight different makes and models) must have achieved the rating.

Lesley Upham, commercial director at IAM (and a former commercial director at Thatcham Research), feels the standard is  essential. “We do believe it’s best practice,” she says. “One of the things we’re looking to ensure with our internal staff is that every aspect of our their journey is covered. We’re very keen on driver training and journey planning, as you’d expect, but a big part of safety comes down to the vehicle.

“It’s making certain that they are in a vehicle that offers them the best opportunity for safety. If you think about the NCAP safety system, it’s not just about the driver, it looks at pedestrians.

“Our staff also drive those vehicles when they have their families with them, so the child protection element is important to us.”