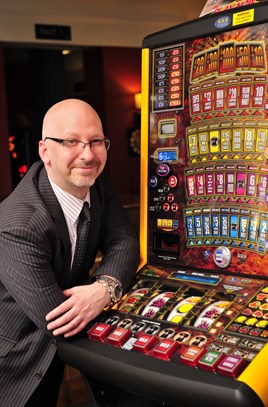 Peter Kowalczyk, fleet manager at Gamestec, admits to being apprehensive about changing from a pump price fuel card to a fixed price one last year.

“We were very much focused on using supermarket forecourts,” he says. “We were achieving 99.5% supermarket fill-ups month on month. Our big fear of switching was having to move away from that.”

But, at the same time, Gamestec did not want to remain with its then fuel card provider Allstar and continue paying a transaction fee every time its 530 drivers filled up.

“Our transaction charge kicked in February last year and it was costing us £2,500 to £3,000 a month,” says Kowalczyk.

“That was the last straw. Prior to that, the reporting was wrong, charging was occasionally wrong – there were a range of issues.”

Kowalczyk chose Juice Fuel Management, rather than going directly to Shell, as it “had additional clout due to the fuel volume it manages”.

Coverage was a key consideration and Gamestec chose Shell over other providers as it has “a good network”.

“We made sure that there was a Shell station accessible for all of our drivers,” says Kowalczyk.

All of Gamestec’s 530 vehicles (440 cars and 90 commercial vehicles) use fuel cards and the fleet is diesel-only.

Four hundred of the cars are job-need vehicles used by collectors and engineers. The remaining 40 cars are management grade/user-chooser vehicles.

The engineers operate in regions and have to respond within two hours of a repair call coming into Gamestec’s call centre.

Collectors, meanwhile, have set routes to follow with a specific list of sites that they need to attend each week.

Juice Fuel Management worked with Gamestec to map employees’ home postcodes, Gamestec’s depots and key locations, and the forecourts that employees had been filling up using the Allstar fuel card.

Gamestec was out of contract with Allstar, so switching to Shell was straightforward.

Drivers were informed that they could use the Allstar card up until midnight on a certain day, and the fleet team then shut down the cards manually.

The new Shell cards were active from the first day of the month. Gamestec opted for a fixed price fuel card, based on Platts price, which can be used at any Shell station.

Kowalczyk acknowledges that the price of diesel has fallen since Gamestec switched to Shell in July last year. However, the move is still saving the businesses thousands of pounds each month in transaction fees alone.

Fuel economy is something that Kowalczyk is now closely monitoring.

“Historically we couldn’t get any useable information,” Kowalczyk says. “There was an element of drivers not giving mileages when they filled up, but also our fuel card reporting would arrive sporadically. And if information was wrong we couldn’t change it.

“Now, if we have an issue like a driver giving the wrong mileage, we can go online and amend it.”

Gamestec is in the process of rolling out driver training to all of its regions, following  Kowalczyk and five other employees becoming trained driving assessors last October. They have already trained all of the drivers from one region on how to drive more safely and fuel efficiently, and those drivers have reacted positively.

“We’ve not had anybody that has thrown their toys out the pram, but they are obviously a bit nervous about what it’s all about,” Kowalczyk says.

“As much as you try and explain the training in advance, they will always think the worst. But once you’re in the car with them they realise the training is useful. The feedback we have had is that it was worthwhile and it has made a difference.

“Driving more economically and avoiding speeding fines does affect their pockets, so it’s useful for them.”

Kowalczyk says that the “people aspect” is one of the things he enjoys about fleet management. He switched from running Gamestec’s call centre to fleet management in 2011.

“I try to see drivers as much as possible because it makes a massive difference,” he says. “I want fleet to be more approachable. I want them to feel they can talk to me about anything. Everything we do we try to communicate straight to the driver so, when you’re giving them tips on what to do in the winter, they read it and they take it in because they know who you are.”