Fleet News Hall of fame member, Tony Leigh, reflects on how fleet changed during his career 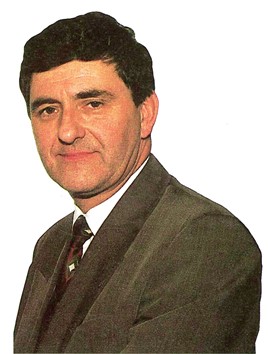 I acquired my first fleet as part of the remit of assistant company secretary in the mid-1980s.

The fleet policy, like many others, was very rigid.  It was UK manufacturers only. Most drivers went for Ford or Vauxhall and the choice was very hierarchical.

You could tell the status of any employee by their car: L, GL or Ghia.

The board plumped for Granada and the chairman a Jaguar. The MD then decided he wanted an Opel Senator but that was a German badge.

I had to order it debadged and get Vauxhall inserts for the wheel trim so employees didn't know what he got.

The greatest choice was to have a red or blue car. This was the time of introduction of the Ford Sierra. Others will remember the atrocious colours, including Dove Grey, and the wheel trims that looked like dustbin lids.

They were so unstable in the wind extra plastic trim was added behind the rear side windows to stop the car wandering from side to side.

The biggest problem I encountered was the return condition of cars. I guess other fleets experienced the same. I was called to the security office one day to view the inside of an estate car. The rear compartment had been completely trashed.

The driver's dog had eaten the seat belts, rear head rests, rear trim and anything else it could attack. The driver was completely unfazed but it did cost her a pretty penny.

When the company was bought by a German firm, the policy changed and German cars were added to the fleet. But all BMWs had to have a radio fitted (they didn't come as standard) and a sun roof as you couldn't sell one second hand without one.

I inspected a returned BMW and noticed dents in the boot and the bonnet. I was informed that the driver's children treated in like a Starsky and Hutch car, climbing onto the boot, in through the sun roof, out again and jumping down via the bonnet!

As the years progressed, car choice became wider, although one company I worked for took hundreds of Austin Maestro each year. So much so that Austin Rover extended manufacture by one year so that the company could still buy Maestros.

The advent of salary sacrifice saw many changes to car policies, although the basic problems of drivers remained. A car fleet would be easy to run if there weren't drivers involved.

Car fleet hasn't changed that much over the years. You read the current Fleet News and the same discussions take place on taxation, fuel choice, safety etc. though with slightly different slants.

Plus ça change, plus ça la même chose (the more it changes, the more it stays the same).