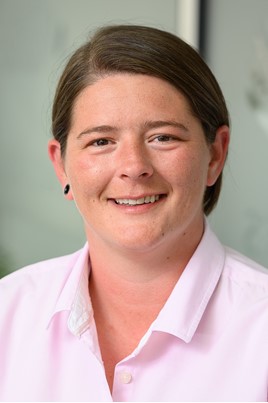 Driver safety has long been a cornerstone of a successful fleet, with employee well-being also rising up the agenda for many organisations.

This is no different at Northern Gas Networks (NGN). However, what sets it apart from many fleets is its focus on the welfare of its mobile workforce.

“It’s nice for those of us who work in offices or depots to have a lovely environment with nice kitchens, toilets and showers, and then we thought ‘why we don’t we do this for our engineers?,'” says Sarah Cooper-Birkenhead, fleet and plant manager at the organisation.

“They are in their vans for seven, eight, 10 hours a day if they get called out on an emergency, but if they’re on call they could be sat in that van all night monitoring a gas escape.

“That vehicle is their office for the day: they drive it, do their job in it, have their break in it. They probably speak to their wives and kids from it.

“That’s why probably the biggest thing for me at the moment is making that environment for those guys as nice as our offices are. Welfare is very big on our agenda.”

This focus has seen NGN, which is responsible for distributing gas to homes and businesses across the north of England, review the specifications of its commercial vehicle fleet, with its 3.5-tonne Ford Transits the first to benefit from the initiative.

Under the new specifications, introduced in 2016, Transits are fitted with a microwave, hot water supply, handwashing facilities and anti-slip grip mats.

“We’ve added air-conditioning to our future specs, which is something a lot of fleets don’t really tend to do because it is an additional cost, but I don’t think you can put a price on staff welfare,” adds Cooper-Birkenhead.

NGN currently runs just more than 300 Transits, which also feature an on-board compressor needed by the engineers to power the tools required to dig up roads and carry out emergency repairs. This reduces risk as the compressor would otherwise need to be towed.

Next in line for the welfare improvements are the Ford Transit Connect vans used by the organisation’s first call operatives – the engineers who respond immediately to emergency calls to establish the source of any suspected gas leak. NGN has 334 of these.

“They just have a basic handwash facility, so last year we looked into this and said ‘why don’t we start looking to introduce some of the improvements we’re making in the larger van fleet into the smaller van fleet such as hot water and handwash?’” says Cooper-Birkenhead. “So we decided that yes, that is the way forward.

“We are currently working with a couple of our operational guys looking at that spec and reviewing it to see where we can add the welfare facilities in there.

“We’re going to increase the size of the van as well so we can house the welfare facilities and we’re going to change the layout of the racking so they can safely store every bit of equipment.

“Sometimes you get big cumbersome items that are right at the back of the load area, so the engineer is having to lean in to get it.

“Then you might get them pulling their back lifting a big bit of kit out, so we look at how the guys work to make it easier for them as well as reducing lifting injuries.”

“With our replacement cycle, hopefully in the next six or seven years our van fleet will have that standard spec and you will be able to jump from one van to another and be able to find the same welfare facilities in each,” says Cooper-Birkenhead.

NGN has been carrying out a major refurbishment programme of its offices and depots, and this has included converting a number of meeting rooms into ‘soft’ rooms.

These feature sofas, televisions and carpeted floors to provide a comfortable setting to help employees feel at ease talking about any issues.

NGN has also signed up to the Time to Change employee pledge, led by mental health charity Mind and Rethink Mental Illness, which includes having mental health champions around the business – of which Cooper-Birkenhead is one – who have been trained in well-being, managing stress and depression, and how to identify it in other members of staff. 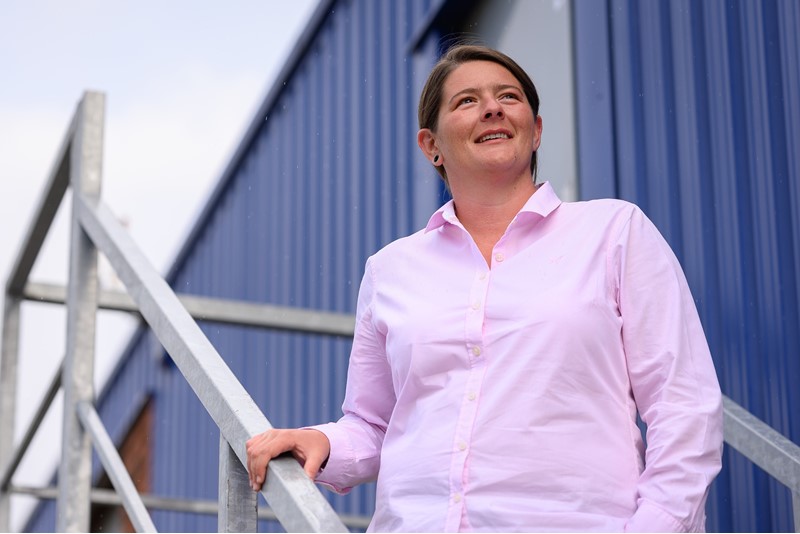 The organisation takes a robust – and traditional – approach to driver safety. When engineers are appointed, they undergo a comprehensive driver induction, which includes a classroom-based session involving video and slide presentations, as well as a one-hour on-road assessment.

Ongoing driver performance is monitored through a telematics system, with employees having access to their scores through an app.

“It’s a really good system to have,” says Cooper-Birkenhead, who was appointed as NGN’s fleet and plant manager in August, succeeding Mark Squires who left to become operations support director at St John Ambulance.

She had previously worked at the organisation since January 2017 as its fleet and facilities compliance officer, having joined from the fleet team at Yorkshire Ambulance Service NHS Trust.

“A lot of what we are doing is based on the foundation that Mark set when he started with NGN. The vision he had for our fleet is the same as mine, so it’s nice I can continue with it,” adds Cooper-Birkenhead.

Other than safety and welfare, her other major focus is on improving the environmental credentials of NGN’s fleet. At the moment, 96% of its operational fleet vehicles are diesel, with the exceptions being the petrol-electric Toyota Rav4 hybrids, the hydrogen fuel cell Mirai and three CNG-powered dropside vans.

“I’d have a full fleet of electric, CNG and hydrogen vehicles now, but there are barriers and challenges with the infrastructure and the availability of the
vehicles,” says Cooper-Birkenhead.

One of the driving forces behind NGN’s desire to run a cleaner fleet is the organisation’s involvement in what it describes as “the world’s largest clean energy project” – H21 – which could prevent 12.5 million tonnes of CO2 being emitted into the atmosphere each year.

Three years ago, a feasibility study carried out by the company concluded it was technically possible and economically viable to decarbonise the UK’s gas distribution networks by converting them from natural gas to 100% hydrogen.

Following on from this, NGN is now part of a £9 million project looking at the issue: its H21 North of England report sets out detailed plans on how hydrogen could be used to deliver clean energy to nearly four million homes and 40,000 businesses and industries in the north of England by 2034.

The project also proposes a six-phase UK rollout which could see a further 12 million homes across the rest of the country converted to hydrogen by 2050. Currently, more than 30% of UK carbon emissions come from domestic heating and cooking.

“It’s our vision in the future that we will be transporting hydrogen in our network instead of natural gas, so it makes sense for us to promote that in transport as well as for heat and power,” says Cooper-Birkenhead.

The Mirai is the first step in this. Since NGN took delivery of it in 2017, it has covered 10,000 miles and is used mainly by the organisation’s innovation team to attend events. NGN is planning to add a second hydrogen-fuelled car - a Hyundai Nexo - to fleet.

“So, as great as it is, and it is completely emission-free, we’ve got to drive there and back to get it filled up.”

This situation should be improved, she says, with plans for two hydrogen stations in Tees Valley, while the Liverpool City Region Hydrogen Bus Project, which received £6.4m from the Office for Low Emission Vehicles earlier this year, also including a station.

“That will be a really nice opportunity for a bit of a hydrogen triangle and there are opportunities for Hull and Leeds to join that, so the infrastructure can start to form along the main trunk roads of Britain,” adds Cooper-Birkenhead.

NGN, which has won industry awards for its green fleet initiatives, is also exploring other alternative fuel options. It took on its first CNG-powered van in 2016 following a trial carried out in conjunction with Cenex, and has since added two more.

“To date, we’ve done 148,000 miles in these vehicles. They are not zero emission, but they have reduced NOx emissions by 37% and particulate matter by about 50% compared with diesel vans,” says Cooper-Birkenhead.

NGN, which is also on a national CNG working group, has also trialled electric vans. It ran three Peugeot Partner Electric vans in 2017/18, but their 70-mile range was not sufficient to meet operational needs.

However, new technologies should make EVs more suitable for NGN’s requirements in the future, says Cooper-Birkenhead, and the company is looking to rollout an EV charging infrastructure across its offices and depots in preparation for this.

“We need to explore what might work and what might not. And, you know what, mistakes will be made, we’ll probably buy something that won’t work – we’ve all bought a mini disc.

“And learning about what is on the horizon and what you can do is a big part of fleet, especially now.”

Northern Gas Networks has a fleet of 114 company cars, and the organisation is considering the introduction of a CO2 cap of 95g/km.

Currently, the vehicles, which are leased through ALD Automotive, have average CO2 emissions of 111g/km and Sarah Cooper-Birkenhead says the new cap would reflect the 95g/km target for new cars set by the EU under its CAFE (Clean Air for Europe) regulations for 2021.

“We are looking to install our own electric charging infrastructure at our offices and depots across the network, so this will enable our company car fleet to be electrified,” she says.

NGN outsources the majority of the day-to-day running of its operational fleet, such as downtime, service and maintenance, accident reporting and fuel card administration to VLS, the fleet management company jointly owned by Northumbrian Water Group and Northern Powergrid.

“They manage a lot of projects as well so where I would have looked after a racking modification or upgrade, they do that for us now,” says Cooper-Birkenhead. “VLS has a dedicated team for NGN, and I manage them through daily phone conversations and regular meetings at their headquarters and workshops. They are a great set of guys, very supportive, and really understand what we need them to do.”