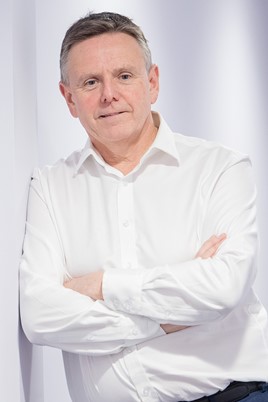 TTC Group is already setting its sights on its next acquisition, believing content is key to catering for a fleet’s compliance and training needs.

Employing a ‘buy and build’ strategy, it completed its most recent acquisition just before the coronavirus crisis hit.

As part of the deal, the corporate fleet division of TTC Group will move from Telford to Hemel Hempstead to support the wider group’s fleet risk management activities.

He explains: “Bringing Licence Bureau into the group was very much part of our ‘buy and build’ strategy.”

Licence Bureau, which was founded in 2003 by Malcolm Maycock, has one of the UK’s largest corporate fleet client bases, with more than 1,400 companies utilising its services, including more than 20% of FTSE 100 companies.

“The customer base Malcolm had built was definitely attractive to us,” says Kirkwood.

TTC Group bought Business Driver Fleet Risk Management to extend its reach and market share in corporate driver training back in May 2019.

Now, after completing the Licence Bureau deal, Kirkwood is keen to grow the company further.

“I’m working on three (potential acquisitions) right now,” he says. “They’ll either happen or they won’t happen. They’re very binary. But, we very much want to grow this company aggressively and we can see the opportunities to do it.”

Kirkwood is a veteran of the driver training and risk management sector, having worked at DriveTech from 2004 to 2016.

He left to join TTC Group where he led a management buy-out (MBO) of the business in July 2017, supported by private equity firm Palantine.

Its corporate division provides fleet management and compliance solutions and reports strong growth in the number of drivers on its driver risk management software platform, Continuum.

The online platform provides a complete lifecycle of compliance, administration and driver risk management services, with the aim of reducing fleet costs and improving driver behaviour.

It has secured a host of new contracts with companies such as Greenhous Group, Centre Parcs and Sainsbury’s.

Most recently, it struck a deal to help manage the risk of fleet customers at the UK’s biggest leasing company, Lex Autolease. It has become a preferred supplier to Lex Autolease, potentially supporting 130 companies to use Continuum.

The partnership will initially last for three years and is TTC Group’s largest yet, secured following an industry tender.

Kirkwood says: “I quickly recognised that ‘buy and build’ was going to be one of the key thrusts if we were really going to assemble a corporate business of any scale and size.”

He explains that the compliance sector, where Licence Bureau had built its reputation, was not an area where TTC Group had built “great strengths”.

“It’s fair to say that the job Malcolm, Mark (Bannister), Steve (Pinchen) and the team have done there has been terrific.

“Our job is to integrate that into TTC and to bring together the various products and services that now as a group we’re able to provide.”

Maycock, who steps down as managing director, but remains in an advisory role, described the deal as the “perfect fit”.

Kirkwood says: “We recognise that bringing the businesses together in some shape or form makes good sense, but we need to work through what that will actually look like. Had Covid-19 not come into play, I think we would be a bit further down the track.”

The aim is to have new team structures in place in the next few months, but Kirkwood says that in the short term, sales staff at both operations will be making customers aware of the wider services the group offers. Longer term, however, he wants to ensure specialism in particular areas.

Maycock also highlighted how the deal ensures that the knowledge base built by Licence Bureau will be retained. He says: “You’ve got a whole team of people who you can ask anything about any driving licence from anywhere in the world and they will give you an answer. Retaining that knowledge was integral to the deal.”

Maycock believes that the industry stands on the cusp of real business change, driven by new technologies and demand from clients for deeper insights into their driver population.

He says: “TTC Group has seen the potential in these markets and, working together, will enable Licence Bureau to expand its horizons and become part of the UK’s leading education provider.”

Kirkwood says there is a particular “growing interest” from clients around what the business can do with data.

He explains: “This is about connecting existing data sources effectively to deliver individual training and risk management.”

“You couple that up with what you know about the specific driver and then that enables you to personalise the training you offer that driver, rather than a sheep-dip approach,” he says.

The aim is to carry on aggregating that data so fleets can see whether interventions taken with individual drivers are delivering results.

Kirkwood believes the answer is creating a “more dynamic risk assessment” for drivers, where personalised training is offered, maybe online, and you are able to demonstrate the benefit both to the driver and the company.

TTC Group is currently piloting a product it believes will deliver this level of insight before the end of the year.

“What we’re seeing at organisations, where this has been piloted, is this ‘circle’ of activity works,” explains Kirkwood.

“You’re taking cost out of business, both indirect and direct and, if you’re in retail or wholesale distribution, that’s something that’s pretty critical to them.”

Kirkwood is confident about the group’s future development of data services and how, together with the acquisition of Licence Bureau, it will strengthen its standing in the market.

He explains: “We have the compliance piece with Licence Bureau, the training interventions and the data feed; I genuinely believe that later this year we’ll have a very compelling proposition, which will set us apart from the competition.”

Kirkwood says there has been “very little” innovation in the market in recent years and it was one of the reasons he was keen to bring both businesses together.

The future for the TTC Group is content – what the business can deliver to the end-user, says Kirkwood.

He concludes: “Whether you’re in the regulated market, whether you’re running commercial vehicles or company cars, whatever it might be, we want to create a situation where the content in our business can meet customer’s compliance and training needs and is relevant to the corporate market.”