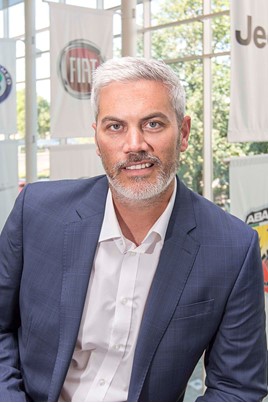 You could forgive Iain Montgomery for describing the past nine months as a baptism of fire. When he was appointed FCA UK fleet and remarketing director in January, little did he – or anyone else – know that just two months later he would be implementing contingency plans and customer support packages as the country went into a coronavirus-induced lockdown.

Yet, despite the inevitable stresses created by a halt to global production, a total transformation in day-to-day working practices and a market-wide collapse in new car registrations, Montgomery  retains his composure. Yes, it was challenging, he says, but the key was to keep communication channels open to preserve business relationships.

The timing added complications: FCA was in the process of moving to a new partner for its outsourced field team and was working on a business centre expansion plan. It was also preparing for a host of new product launches in the second half of the year, some of which have now been put back a few months.

Nevertheless, minds were concentrated on the job at hand, and action was swift and decisive.

Iain Montgomery has moved to the role of fleet and business sales director at Fiat Chrysler Automobiles (FCA).

How are fleet manufacturers meeting the challenges of Covid-19? FCA responds

Fleet News surveyed major manufacturers to find out how they were responding to the coronavirus pandemic. This is Fiat Chrysler Automobiles' (FCA) response.