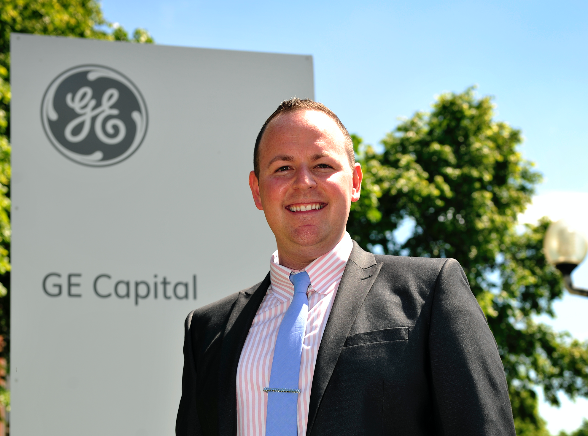 Two years ago, GE Capital won small fleet of the year at the Fleet News Awards for companies operating up to 250 vehicles. Today, it is a member of the Fleet200, with one of the UK’s biggest fleets.

A history of acquisition had led to numerous legacy fleets scattered across the business, each operating under its own set of rules, its own operating cycles and its own way of costing vehicles. It fell to GE Capital company car compliance advisor Damion Bennett to create the policy under which every vehicle and driver would be harmonised.

The project began 18 months ago and was rolled out in September last year. Bennett’s first challenge was to establish a set of rules in order to standardise policy.
“With Capital, we had controls in place and we closely monitored them,” he says.

“Sometimes with fleet over time you get exceptions, especially with acquisitions, and it’s easy to lose sight of the policy.

“The businesses had HR managers or sourcing managers looking after fleet and they relied on GE Fleet Services but they had no one internally to escalate policy and make recommendations.”

Bennett found some areas of commonality. Each business was funded via contract hire with full maintenance (no surprise there) and each had the same vehicle choice list: Audi, BMW, Vauxhall and Volkswagen.

However, how they went about selecting those vehicles varied – some used wholelife costs, others based decisions on the leasing rate. Adding to the complications were the differing levels of benefits, some more generous than others depending on the role of the car within the business.

For example, Healthcare focused on company cars as a way to attract and retain staff which gave it a profile of premium models; Power & Water had a heavier job-need fleet and put the emphasis on cost and fitness for purpose.

“This was a challenge – some policies were more attractive than others regarding what employees could spend on cars,” Bennett says. “We knew that costs would rise under the new standardised policy, but we felt that eventually they would fall by bringing everything together with my role.

Bringing together 2,000 cars has given GE far greater negotiating power when discussing terms with manufacturers. As a result, discounts have risen, saving the company more money.

“Negotiations are easier because everything is done through one contact – me – so we have seen improved terms across the business,” Bennett says.

He is responsible for securing his own contract with GE Capital Fleet Services; the fleet does not receive preferential treatment just because it is part of the world’s largest leasing provider (albeit one now under a memorandum of understanding with Arval).

“We are treated like any other GE customer. I work with a dedicated account manager within Fleet Services on a day-to-day basis,” Bennett explains, although he notes that one difference is the role that the fleet plays in piloting new initiatives before GE rolls them out to its broader customer base.

He adds: “We have bi-annual strategic review meetings where the GE team makes policy recommendations. We also review cost at quarterly meetings with the fleet services team. We have to have this structure in place for it to work.”

Since the harmonisation of GE’s vehicles took place, the biggest impact on cost so far has been the introduction of a group-wide reallocation policy. Previously, if someone left the business, cars were automatically terminated early.

The cost to the business amounted to £1 million over a two-year period.

Now if someone leaves, vehicle management and logistics supplier SMH Fleet Solutions collects the car for inspection and cleaning, and repairs it to BVRLA fair wear and tear standards. Then it is delivered to a new employee.

“Since we went live with this in September, we have saved £400,000 from early termination and rental costs,” says Bennett. “Now no cars are early terminated unless is it cheaper for us to send the car back.”

He also has responsibility for managing vehicle contracts against mileages, which has generated a further £350,000 in savings since the policy was harmonised.

Bennett anticipated some resistance from parts of the business to the reallocation policy where the car is used to attract staff but says the initiative has been well accepted.

“We have mitigated any problems by working with business leaders and car populations to understand their issues and what they need from me to make the running of the fleet easier,” he adds.

“We pilot new ideas with a group of drivers for testing so they can flag any issues before it goes live. We try to find the most difficult drivers to get their buy in and they can take the positive message out to the business.”

The reallocation policy required GE to impose a number of policy restrictions. It does not allow ‘extreme colours’, such as brown, lime green and yellow, or very light interiors which show their age more quickly. Also prohibited are two- and three-door models at job-need level.

“We need to have a fleet of cars that are easier to reallocate if an employee leaves – that’s an important consideration now,” Bennett explains.

For the same reason, GE has yet to add full electric vehicles to its choice list, despite trials, although it does allow range-extenders, such as the BMW i3 and Audi A3 e-tron. There is interest from drivers in both cars, although actual orders remain low.

Supporting the reallocation initiative was the introduction of flexible replacement cycles to replace the standard four-year cycle. Staff can now choose to keep cars for two, three or four years.

Most (69%) have continued to opt for four years since the harmonised policy was launched, 16% have opted for three-year leases and 15% for the two-year lease, demonstrating that some are willing to pay a bit extra to replace their car earlier.

“It’s been amazing to offer that level of flexibility,” says Bennett. “It also keeps the fleet young and helps with the reallocation policy.”

GE’s calculations show that there is not a huge difference between the different operating cycles; Bennett changes his own company car at three years instead of four and says the monthly increase equates to around £40.

Environmental initiatives have also been standardised, including CO2 caps by career band. Now each business operates a 115g/km cap for job-need drivers, 135g/km for senior leaders and 155g/km for business leaders. Within the past few weeks, each cap has been reduced by 5g/km, keeping GE’s policy in line with reductions made by manufacturers to their latest models.

Average emissions have fallen to 122g/km – they rose to 126g/km when the fleet merged – while the order bank is 119g/km.

A big change for many of the GE companies – and a major benefit for employees – was the rollout of a ‘Flex Up’ and ‘Flex Down’ scheme which was already available to the Capital fleet drivers.

Flex Up enables employees to add up to 20% to the wholelife cost of the vehicle in order to procure a better model or add options. They pay for the additional cost.
Flex Down, meanwhile, enables staff to trade down to increase their take-home pay. Job-need drivers can reduce by up to 10% of the wholelife cost and perk drivers by up to 25%, each receiving the savings as cashback in their monthly salary.

London-based drivers in particular favour Flex Down, as they tend to opt for smaller cars with the savings largely covering their benefit-in-kind tax bill.

Since the harmonised policy was launched, 54.3% of drivers have traded up, 40.5% have traded down and 5.2% have ordered bang on their allowance. However, not everyone elects to take the car. GE has around 2,000 cash takers, mainly based in London where the need for a car is lower.

The initiative has seen around 100 cash takers switch to a company car and Bennett expects a few more to follow. The allowance has been static for a few years and is only offered to staff travelling fewer than 10,000 business miles a year; above that, a company car is mandatory. It’s yet another example of harmonisation – previously the threshold ranged from 8,000 to 14,000 business miles across the various organisations.

While cost was a primary factor behind GE’s decision to bring its fleet together, duty of care was another major driver.

Bennett is assessing a number of health and safety initiatives, including a driver league table which is likely to be launched later this year. It will base standings on a number of criteria such as fines, accidents and endorsements.

He has also introduced a £100 charge for employees that have two at-fault crashes within the space of 12 months, which has seen a slight reduction in accidents and accident costs. GE is not averse to making staff accountable for their cars – it also charges for refurbishment costs outside of fair wear and tear.

Bennett intends to base the GE duty of care programme on his Capital policy which was launched in 2009.

The programme, which incorporates risk assessments, eLearning and on-road training for high risk drivers, supplemented by communications on topical issues like winter/wet driving and driving abroad, resulted in a 20% reduction in crashes and a 22% reduction in accident costs.

It coincided with the introduction of more premium models to the fleet, which typically cost more to repair, so the like-for-like savings were even greater than the official numbers suggested.

Over time, Bennett hopes to achieve similar reductions across the rest of the GE fleet. His priority remains cost-oriented although, in the short-term, the focus is on ensuring total buy-in to the new fleet policy.

“We have to bed in the current policy and make sure it works for drivers and stakeholders,” Bennett says. “We are generating savings now because of the harmonisation of the fleet, but we still have a lot to do.”

Every three years or so, GE’s corporate servicing team goes to tender for  manufacturer contracts at a global level.

The UK fleet had been heavily represented by Ford until the most recent RFI in  2011 when wholelife costings showed the premium manufacturers in a preferential light. As a result, Audi and BMW were added to the choice list for all drivers and  not just job-need.

Damion Bennett says: “We also take feedback into account from our drivers – we survey them about what they would like to see. Our choice  is driven by cost, but if cars are close then we will consider employees’ preference. We do need to have brands that they find attractive.”