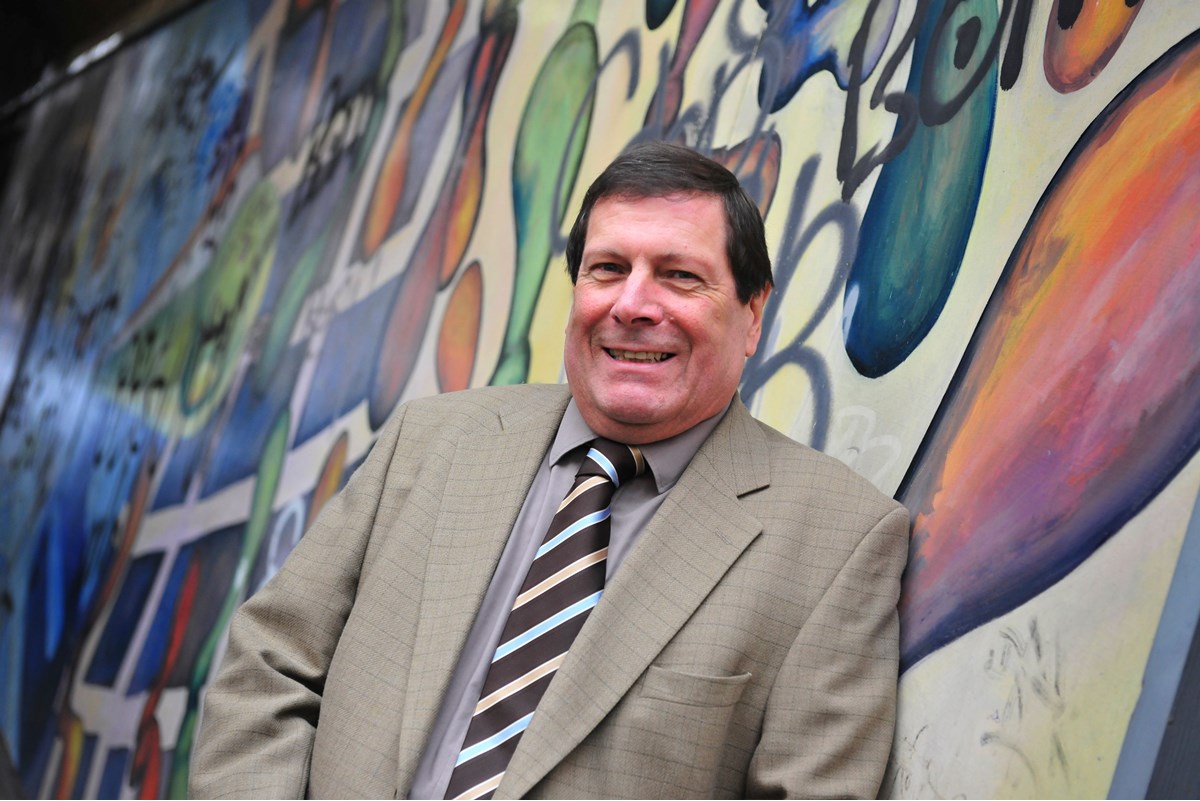 Peter Bonney, the Salvation Army’s fleet controller, is a staunch supporter of a multi-supply approach to vehicle leasing.

The charity, which has a fleet of 765 cars and 200 commercial vehicles, uses a number of leasing providers ever since switching from outright purchasing cars to leasing in 2005 (vans are still outright purchased or on flexible rental agreements).

Bonney believes that fleet managers who opt for a sole supply contract with a leasing provider will inevitably face ‘rental creep’.

“It’s always been my contention that you cannot single source leasing and avoid rental creep,” he says. “No matter what terms you build into the contract to control the increase in the prices, the leasing company will always be able to justify certain price increases – whether that be from manufacturer price increases, changes to interest rates, or changes in depreciation forecasts.”

“You can’t benchmark the rental accurately unless the people you are getting quotes from are quoting against a situation where that quote could produce an order,” he says.

The leasing company providing the quote might not have “sharpened their pencil”, according to Bonney, or they could quote a very low price because “they know that they’re not going to get an order from it”.

“The only way to do it, in my opinion, is to have competitive bidding for each car that is ordered, which is what happens when you run with two lease companies and you give every order to the cheapest of those two companies,” Bonney says.

“That’s a philosophy that I’ve followed as long as I can remember, and nobody has convinced me that it’s wrong.”

Bonney accepts that there are certain circumstances where sole supply works – particularly for those that want ease of administration and the advantage of using
a leasing company’s fleet management software.

However, the Salvation Army wants to “keep prices keen” and “active tendering for each vehicle does the job”, Bonney says.

The Salvation Army has used ALD Automotive and Venson since 2010 (although a tender is now in process) and car orders are currently evenly split between the two providers – a sign that the multi-supply approach is working, according to Bonney.

The cars are on contract hire, with additional maintenance agreements, but Bonney prefers to have separate arrangements for other services.

“I’ve tended to prefer to unbundle and take services from what I believe to be the best offering from a specialist provider rather than the easy option of bundling it all up and going to one provider,” he says.

“At the end of the day, the leasing company is offering a service because they can make a profit out of it, either in terms of rebates or in terms of fees they charge for providing something they’ve outsourced elsewhere.

“My greatest gripe with bundled services is that very little of them are provided by the contract hire company – they’ve outsourced it. If they’re going to outsource, I would prefer to pick my own outsourced partner.”

There is no guarantee that this saves money, according to Bonney, but it gives the charity “greater control” and “if it doesn’t work it’s easier to change than if you’re part of a bundled package”.

Bonney has considered unbundling maintenance due to the number of recharges for prematurely worn parts, but he has addressed his concerns in the latest tender specification.

The majority of the work for the tender has been handled by the Salvation Army’s new procurement partner, Capita, which has been brought in to assist the charity as part of its ‘fit for mission’ strategy, its directive is to look at the future direction the charity should take and where resources are best placed to help frontline staff, typically its 1,500 full-time ministers.

Capita has been tasked with setting up and operating a procurement department and recruiting an in-house team which will take over at the end of its contract.

This doesn’t mean the fleet team (Bonney, fleet co-ordinator Louise Haigh and fleet assistant Matthew Schroeter) will move from the finance department to procurement but it will see greater involvement by procurement during tenders.

“The way it has worked so far is Salvation Army personnel, including fleet, finance and HR, have considered the policy framework and that is passed to the procurement team who then look for suppliers that best match the policy requirements,” Bonney says.

He believes that Capita has “brought a good deal of procurement expertise” including an e-tendering portal and sophisticated analytics, and the experience has been “enlightening”.

“There is a feeling within the fleet industry that procurement people are only interested in striking the best deal,  stripping it out to the bare bones,” Bonney says. “Maybe it’s just the people we’re dealing with, but they have a shown a far greater understanding of the value of quality than people would traditionally give them credit for.

“I’ve been pleasantly surprised at the level of consideration for that aspect in the tender we’ve been conducting.

“Contract hire is basically a services package so it’s not ideal to look at it from a ‘cost only’ point of view.

“Cost is very important, we want to drive down cost as much as we possibly can, but without sacrificing the quality of service.”

Bonney has been in charge of the Salvation Army’s fleet for the past 20 years (he responded to a job advert in Fleet News) and gets greater job satisfaction from working for a charity than he did running a fleet in the private sector.

“When the opportunity arose to work for an organisation that was seeking to improve the world rather than just make a profit out of it, it seemed like a good move,” he says. “It gives you greater job satisfaction. If you do make cost savings, that’s not to improve ROI for an investor but to bring much needed services to people in need.”

However, the cost constraints on the public sector have led the Salvation Army to reduce its minibus and people carrier fleet for its older people services division by around 40 vehicles over the past two years.

The cost of running the vehicles versus the amount of miles didn’t weigh up and the charity now hires taxis instead.

They are also used by the Salvation Army bands for visits.

“People think of the Salvation Army bands at this time of the year because they will see them on the streets carolling but they perform all year,” Bonney says.

Although Christmas is the busiest time of year for the Salvation Army, there is not much added pressure on the fleet department unless an extra vehicle is required at short notice. The vans are typically used by the Salvation Army’s social enterprises or charity shops to pick up donated goods.

Cars are used by ministers and employees that need to travel as part of their duties (such as people within the property department, social workers or health and safety advisors). The car policy is based on three benchmark vehicles (a Vauxhall Astra 1.4-litre petrol and 1.6-litre diesel, and a Toyota Auris hybrid). There are no bandings.

“Regardless of whether you’re the top guy or the newest recruit who is eligible for a fleet vehicle you get the same level of car,” Bonney says.

“As the Salvation Army is a church and a charity, our car policy excludes any prestige makes.

“No matter how worthy the cars might be and no matter how great they might be on cost of ownership they are out, purely on the basis of image.”

However, as the Salvation Army has access to public sector discounts, a wide variety of cars from volume brands are available to employees.

Between 2011 and April last year, the Salvation Army had a non-diesel policy as the fleet mainly operates in urban areas and previously suffered issues with diesel particulate filters.

However, the blanket policy “didn’t take allowance for people who genuinely could benefit from a diesel – not the majority of our drivers by any means but they do exist”, Bonney says.

“We’ve brought diesel back with a 20,000-mile a year criteria. What we’re attempting to do is provide the most suitable fuel for the usage.”

Hybrids account for around a third (34%) of the Salvation Army’s new car orders since April, with Bonney recently taking delivery of a Yaris hybrid as his company car (see below).

Next on the agenda is risk management – the Salvation Army has recently outsourced grey fleet checks, as well as introducing a new driver profiling tool.

There is also “a strong possibility” of moving from advisory fuel rates to fuel cards so fuel costs are actual, along with the introduction of a mileage capture system.

“It will turn the cash flow on its head,” Bonney says. “We’ll need some robust procedures in place to make sure it all works. That’s why, if it goes ahead, I think it will be our major challenge of 2016.”

Ask Peter Bonney about his greatest achievement in fleet and he will reply, tongue in cheek, “never having to pay the London congestion charge”.

He commutes to the Salvation Army’s office near Elephant and Castle in London by car and is currently running a Yaris hybrid as its CO2 emissions of 75g/km mean it is currently exempt from the charge. “I have a personal achievement that ever since Ken Livingstone introduced the congestion charge I have managed to have a company car that is 100% discounted all the way through,” he says.

Initially, Bonney ran a number of LPG Vauxhall Astras which qualified for the alternative fuel discount. He then ran the Toyota Auris hybrid (taking advantage of the ‘sunset clause’), before his contract ended in September and he took on the Yaris.

“The Yaris is proving quite good fun”, according to Bonney, and a few colleagues who drive into London have followed his lead.