Vital Energi: ‘Hybrids save us and our drivers money’

Was this article useful?
5 people found this useful
6 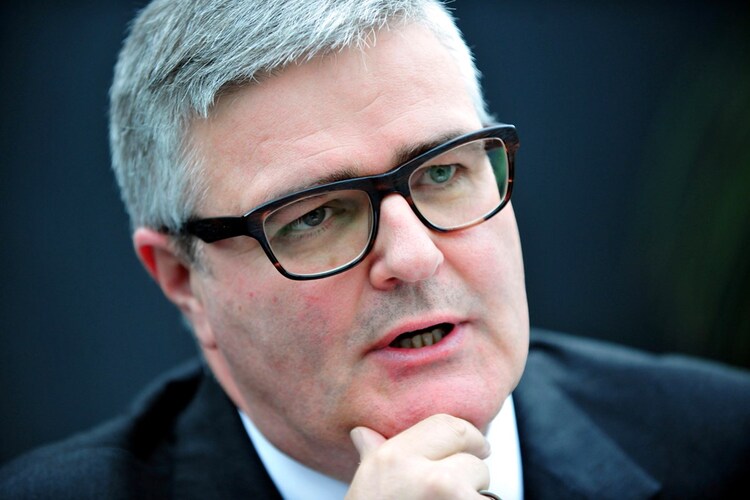 Hybrids will soon make up nearly half (45%) of Vital Energi’s fleet of 89 cars.

The car fleet’s average CO2 emissions are already sub-100g/km but this will fall to 88g/km with the additional Mitsubishi PHEVs.

The majority of the plug-in vehicles are based at Vital Energi’s head office in Blackburn and are charged by using solar panels on the roof – saving the company nearly 45 tonnes of carbon over the past year.

According to group fleet manager Paul Carberry, the fleet, which also includes 43 vans, has an important role to play in promoting Vital Energi’s green credentials.

“Our clients look at how we conduct ourselves as a business in an energy efficient manner – our fleet is just one of the ways we demonstrate our commitment to reducing our carbon footprint,” he says.

But it’s not only about brand image; there are strong financial savings from running hybrids, too.

The company’s average London congestion charging costs have fallen by almost a third over the past two years. It has also benefited from national insurance savings – the Outlander PHEV costs around a third less than some diesel models the company has available.

In the financial year for 2014/2015, Vital Energi’s company car fleet grew by 30% compared to the previous year but, with the addition of the greener plug-ins and other new hybrids, net spend only increased by 2%.

The savings are just as significant for company car drivers.

One driver is saving £400-plus a month in tax, which equates to £14,000-plus over a three-year contract, for example.

For another, low mileage driver, who has clocked up 2,600 miles since taking delivery of the Mitsubishi PHEV in April, average running costs are just 1.48 pence per mile (ppm), excluding electricity costs.

“I am achieving over 200mpg,” he says. “It’s about making sure you charge all the time. I take every opportunity to charge at supermarkets and on the motorway.”

There is a duty of care benefit for the company, too, as it ensures that drivers take regular breaks.

“One driver emailed me recently to  say he had been down to Bicester, which  was a 311-mile journey from his home,” Carberry says.

“He had a full charge when he left home and he stopped once on the way down and once on the way back and he obtained 49mpg. He said that the beauty of the car is that it forced him to have a break rather than to ‘keep pushing on’.

“We tell all our drivers to have a break every two hours and we monitor that through our driver behaviour system, but using a plug-in hybrid encourages them to stop.

“It’s about planning your journey, setting off 20 minutes earlier in the morning to stop off en route and stopping another 20 minutes on the way back. In that time you can get 80% charge, which will give you another 20 miles of electric powered motoring each time you recharge.”

Despite this, Carberry is not yet convinced that pure electric vehicles are right for the company’s fleet.

“We have tested other plug-in electric and electric hybrid cars but for varying reasons they were not suitable as a company car on Vital Energi’s fleet,” he says, pointing to vehicle size and range anxiety as particular issues.

“That’s the advantage of the Mitsubishi Outlander: it ticked the box with its green credentials and it was a good size making it a practical company and family car. It’s a vehicle for everyday use.”

Company directors were among the first to opt for the Mitsubishi PHEV last year.

“While I was confident these PHEVs were the right additions to our fleet we initially ran a pilot project with two directors taking Mitsubishi Outlanders,” Carberry says.

“People saw the vehicles in October last year and I started getting enquiries from our staff almost straight away as word spread.

“Cash allowance drivers are changing their mind now and coming back into company cars. Over the last 12 months we have had six drivers opting back into the scheme.

“Drivers are savvy, they see what is going out of their pocket. Why should they pay £180 when they can pay £60?”

Three directors now run Mitsubishi Outlander PHEVs and one has a Volkswagen Golf GTE. The majority of the fleet (90%) is job-need with job roles varying from project engineers and contract managers, to commercial and finance.

It is important for the company to have an attractive choice list, according to Carberry.

“We’re trying to attract the best people out there and we need to give them the tools to do the job,” he says.

“One of the questions you often get asked by someone prior to them accepting a contract with the business is ‘can I get a copy of the car list?’

“At one time I don’t think people would have asked that question but today people see it as one of the softer benefits and it can sway their decision. The car is such an emotive subject.”

Over the past few years, the company has begun recruiting people who live locally to its offices in Scotland and London rather than have staff travelling from Blackburn.

This has helped contribute to a drop in the average vehicle mileage from 28,000 miles to 21,000 miles over the past 13 years.

Drivers are encouraged to take the train for longer journeys or to hold a telephone or web conference. They are discouraged from using their private car for business journeys if it is a 100-mile round trip.

Instead, they use hire car or the company’s AlphaCity car, which joined the fleet in October last year and has clocked up 10,000 miles.

“We’re paying just over 9p per business miles,” Carberry says. “When you have been paying 12/13/14ppm AFR it’s a significant saving.”

Fuel management is just one element of the fleet which is outsourced.

As a one-man band within the business, Carberry relies on external suppliers for driving licence checks, grey fleet checks, and accident management.

Since 2012, Vital Energi has had a sole supply contract hire agreement with Pendragon Vehicle Management.

“It saw the opportunity to become a valued partner and being in a sole supply arrangement means that Vital Energi enjoys the benefits of the relationship with profit sharing on residual values and on the unused service, maintenance and repair (SMR) budget.”

Accident management has been outsourced to FMG since 2011.

Vital Energi fitted FMG’s Ingenium Dynamics telematics system in a bid to improve driver behaviour and to lower its insurance costs, which had been spiralling out of control prior to Carberry’s appointment as group fleet manager.

The decision to fit telematics reduced the insurance premium last year by more than 35%, saving the company more than £500 per vehicle.

There have been SMR benefits, too, with service intervals extending and tyres replaced less frequently.

Vital Energi has since decided to switch to TomTom Telematics as its WebFleet system can interface with the company’s software and drivers are given real time feedback rather than post-event feedback.

Next on the agenda is forward-facing cameras. Vital Energi is looking at running a pilot with one eye on confirming what happened at the time of an incident and another on safeguarding it against preventable insurance costs.

“Initially they will be offered to any fleet driver who would like to be part of the programme rather than mandatory installing them into all the vehicles,” Carberry says. “I think the take-up will be good.

“We’re a company that utilises the latest technology and innovations to remain at the forefront and we extend that into every aspect of our business, which will only benefit our fleet going forward.”

Smarter working and downsizing will save £100,000

Vital Energi is set to save £100,000 over the next four years thanks to downsizing its vans.

It has switched 28 Mercedes-Benz  Vitos to the Citan and replaced nine long wheelbase Sprinters with short wheelbase ones.

The move has been possible thanks to replacing generators, which were in the back of the vans, with onboard power systems and fitting purpose-built  lightweight racking.

The previous generators weighed 750 kilos, measured 2.5 cubic metres and sat in the middle of the load space. The new onboard power system weighs less than 200 kilos and is only half a cubic metre in size. It is also positioned adjacent to the off-side loading door making effective use of the space available.

“With the space that was saved we were able to reduce the size of the  vehicles which gave a welcomed increase in payload,” says Paul Carberry.

“The servicing and decommissioning costs of the onboard power system  have been built into the contract hire agreements giving a fixed cost for the four-year contracts. At the end of the contracts the racking and power systems will be removed and transferred to the next generation of vehicles.”