Guaranteeing  employees from overseas are legally allowed to drive company vehicles can be a complicated task. Andrew Don reports

Ensuring drivers have a valid licence is critical for a fleet decision-maker to run a compliant fleet.

Performing a licence check can show if an employee is the subject of a ban and how many points they have accrued, as well as whether they are legally allowed to drive the type of vehicle their job requires them to.

In the UK this is a fairly straightforward task, not too difficult if the employee is from another European Economic Area (EEA) country, but hellish if from elsewhere in the world.

With Office for National Statistics figures showing there are 2.29 million EU nationals and 1.25m non-EU nationals working in the UK, this is an issue facing many fleet managers. 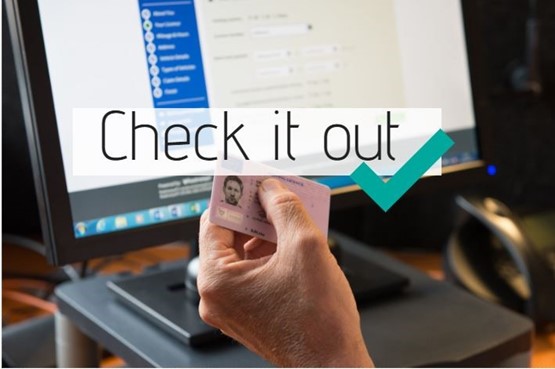 Licence checking in the UK has gone through two rapid fire changes, one designed to reduce admin workloads for DVLA, the other in reaction to the new General Data Protection Regulation (GDPR).

Until June 2015, the UK driving licence consisted of a photocard and a paper counterpart which detailed driving entitlements and endorsements.

When the paper counterpart was ditched that summer, information formerly recorded on it was made available online.

As a result, fleets could either carry out one-off checks on drivers or hire a third-party company to perform them on their behalf.

Fleets in possession of a driver’s mandate could have instant online access to the DVLA’s up-to-date Share Your Driving Licence system.

This allowed the driver to generate a code using their driving licence and National Insurance numbers, enabling an employer to access penalty points information and details about the vehicles that could be driven.

The administrative burden could be considerable, which is why many companies chose to use a DVLA-licensed provider to carry out the checks.

These providers allowed employers access to the DVLA driver database using a ‘blanket’ type of consent that lasted up to three years.

Known as the D796 driver mandate, it allowed multiple checks against the database.

However, the form has been ditched by the DVLA because it doesn’t comply with the recently introduced GDPR.

Instead, drivers must sign a new form – the D906 Fair Processing Declaration – for the consent to continue to be valid.

In May, the Association for Driving Licence Verification (ADLV) estimated two million drivers would have to sign the new form within a three-month transitional period. Non-compliance could see firms hit with heavy fines.

His organisation advises fleets to use third-party agencies that offer a licence checking service and have the capability to undertake foreign licence validation checks.

Peter Eldridge, director of the ICFM, recommends engaging a licence verification service that takes full account of the nuances and extra challenges that are involved with such drivers.

“A good place to start is to ensure non-UK drivers complete and sign a ‘Non-UK Licence Verification Mandate’, which can be obtained from a third-party agency undertaking driver licence validation checks or compiled by employers themselves,” he says.

Drivers should complete the template and submit it with copies of the front and back of the licence to their employer.

This, along with information obtained from the driver’s country of origin, enables an assessment to be made.

However, Eldridge warns that not all countries record the same level of detail.

Nonetheless, it is essential that fleet operators look to achieve the same outcome as expected for UK licence holders and this means obtaining core information that includes validating: 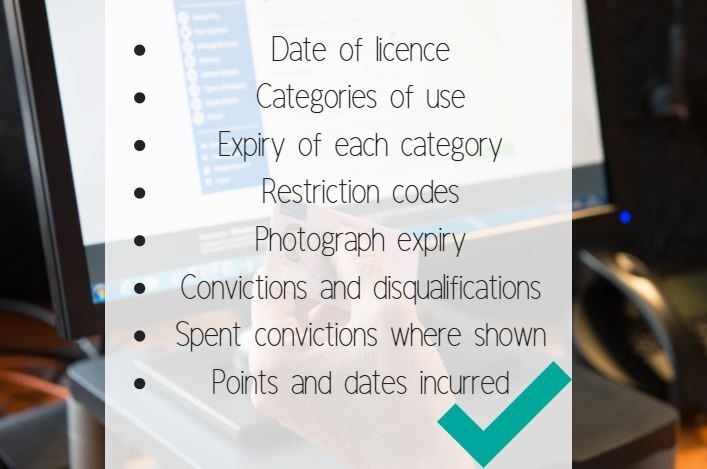 The consequences of failing to conduct adequate checks can be catastrophic in the event of a crash involving an overseas driver, dependent on the severity of the incident, says Martin Evans, managing director of fleet management software company Jaama.

“At the very least it is likely that insurance would be void,” he adds. “Police and potential Health and Safety Executive enquiries could result in further offences being uncovered.”

Investigations are always time-consuming and a huge drain on company resources, adds Evans, and a company and individual employees, including directors, could be charged with corporate manslaughter should someone die.

Part of employers’ duty of care obligations is to ensure they take reasonable steps not to cause foreseeable harm to others by their actions or omission.

“The doctrine of vicarious liability is an extension of this that makes employers liable for the actions or failures of their employees that cause foreseeable and preventable harm to others,” says Hiles.

Employers may be considered culpably negligent where employees engage in conduct that is known, or ought reasonably to have been known, by the employer and no attempt is made to correct or address this behaviour through intervention.

Any case would hinge on whether the employer had taken all reasonable steps to ensure that the employee should not cause harm to other road users.

This includes checking entitlement to drive as well as any necessary remedial training or action – including an express prohibition against driving for work purposes – if the risk warrants this.

The issue of licence checking, the different types of licences and the permissions they give is complex.

Hiles says licences, at a basic level, could be categorised into ‘ordinary’ – covering cars, light vans and motorcycles – and ‘vocational’ – covering the transport of goods and commercial passengers in larger vehicles.

But those holding an ordinary licence may be entitled to drive larger vehicles.

The existence of such ‘acquired’ or ‘grandfather’ rights typically occur where legislation has subsequently changed the rules.

Ordinary licence holders may also be restricted as to the vehicles they can drive – automatic cars only, for example, or a modified vehicle because of disability. Licences may also be issued for shorter-than-normal duration.

A different method of classification is to split driving licences into EEA and ‘others’, says Hiles.

“With the various directives aimed at harmonising driving licence formats and entitlement categories, it is fair to say that across European member states there is now a fair degree of consistency in terms of format and driving entitlement identifiers,” he adds.

“It makes life considerably easier for fleet operators to compare licences from different member states on a direct like-for-like basis.

The general rule is that they will carry existing entitlements, but those driving larger goods and passenger vehicles who choose to reside in the UK must register with the DVLA within 12 months of taking up residence.”

For ‘other’ driving licences, the task of confirming reciprocal entitlement may be more difficult, although there is online resource for overseas visitors to determine eligibility to drive in the UK on their national licence entitlement.

The starting point is to confirm the issuing state or country. Certain countries fall within the UK ‘designated’ countries list.

These include Hong Kong, South Africa, Zimbabwe, Australia, New Zealand, South Korea and Japan as well as some other former and current British Territories and Protectorates.

The general rule is that ordinary licence holders intending to become resident here can drive vehicles under 3.5 tonnes for 12 months from the date of residence but must exchange their licence for a GB version thereafter.

Visitors from these countries can drive appropriate vehicles on their ordinary licence for 12 months from entry date.

Drivers of heavier vehicles can drive on a designated licence, but only if the vehicle that has been driven into the country is not registered in the UK.

For ‘other’ non-designated countries, visitors can drive on their national licence provided it remains valid for 12 months from the last date of entry but cannot drive any vehicle more than 3.5 tonnes.

Those taking up residence must pass a GB test within 12 months of the date of residency to continue driving.

“From previous experience, most drivers switch to DVLA as soon as they enter the UK, and our procedure for non-UK drivers is to call the DVLA to check they have a valid licence,” says Jonny Goldstone, managing director of eco taxi firm Greentomatocars. 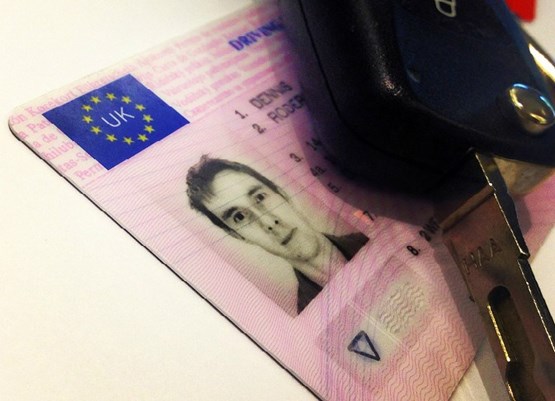 How can fleets determine whether non-UK licence holders have a valid licence and are qualified to drive a specific vehicle? This is more complicated than might first appear.

The first challenge is to determine whether the document presented is genuine rather than a forgery. Most driving licences will incorporate security features to make it harder for criminals to replicate.

These may be visible in normal light conditions, or be revealed under infra-red or UV light. Plastic card licences may also incorporate raised lettering or holographic images.

The fonts used, character spacing and placement of information will also be based on an official template for the document.

For EEA driving licences, online information about the layout and security features incorporated into different member-states’ photo-card driving licences is more readily available, but even here, there are still 110 different driving licence formats and these will continue to be valid until 2033 when a single standard format will be required.

“A check of this type also requires concentration and focus. This may be difficult in a busy work environment where employees are expected to multi-task or have to process drivers quickly to meet deadlines. Lapses in concentration in such circumstances are inevitable,” says Hiles.

“To add to the difficulty, the evidence may take the form of a picture or photocopy of the original driving licence.

"Working from an image rather than the original document will also reduce the certainty of such inspection.

"It means that any anti-fraud measures based on touch or hologram cannot be properly tested.”

Once the driving licence is established as valid, the next challenge is to confirm the driver’s actual entitlement.

A series of three EU directives has harmonised driving licence entitlement category types and identifiers across the EEA, so fleets will generally be familiar with the letters and number codes found on the rear of the driving licence.

With older style driving licences, there is easily accessible information online that can be used to translate the driver’s original entitlement code to its modern equivalent.

The same harmonisation measures are responsible for common features in the layout of EEA driving licences that make it easier for fleets to interpret the information listed on the licence itself.

What is not possible, however, is for employers to independently confirm driving licence history and status.

The UK is the only member state that provides this information online for employer and interested third-party access.

Poland has a driver self-checking facility, but in other cases the information is restricted to law enforcement and other government agencies, says Hiles.

Outside the EEA the problem of confirming entitlement to drive may require that the driver carries and can produce an official translation of their driving licence, particularly for non-Roman characters, or assistance from an embassy, translator or external agency.

Some organisations, such as records management company Iron Mountain, avoid the complications of checking licences of overseas drivers by hiring drivers only if they have a UK counterpart licence.

“We took this decision some years ago and paid for any existing drivers to obtain the UK one,” says Rory Morgan, Iron Mountain head of logistics support – Western Europe.

“We feel this is the best approach as it allows the driver to keep their own country’s licence, but we still have opportunity to check for endorsements.”

Most popular articles in Driver Management