ScottishPower to use EVs wherever possible

After trials on electric models, ScottishPower decides it will no longer replace its vans and cars on a like-for-like basis. Andrew Ryan outlines the thinking

ScottishPower will look to replace diesel vans on its fleet with electric models where possible following a successful trial.

The company analysed telematics data to identify the key users who would be most suitable to take part in the six-month project, which saw it run six Nissan e-NV200 and four Peugeot Partner Electric small vans to establish how electric vehicles could fit into the ScottishPower fleet of the future.

The trial concluded in April, and the company has already ordered five e-NV200s. It is also ordering 25 electric cars to go into its 56-strong pool fleet. 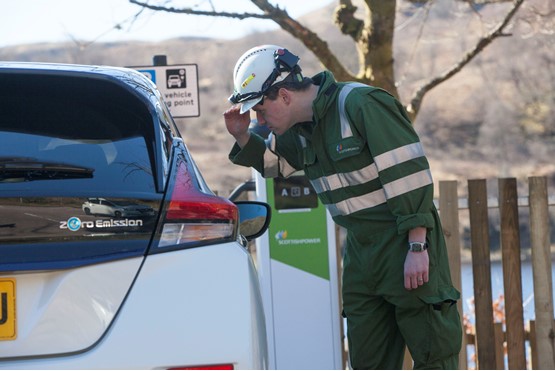 In addition, ScottishPower operates seven Mitsubishi Outlander PHEV plug-in hybrids and this will rise to 24 over the next six months.

“As a company, we are 100% behind electric vehicles and we want to transition as much of our fleet as possible,” says ScottishPower general services director Gemma Rankine.

“For every vehicle we identify for replacement, we have to look at the telematics data, work with our business and understand what vehicles would be suitable to be replaced by an electric model.

“It is no longer that we are going to approach our replacement programme on a like-for-like basis.”

During the trial, the electric vans were allocated to drivers who typically travelled less than 60 miles in a day. They were also returned to depots overnight where they were charged.

The drivers still had access to their diesel vehicles for times when they needed to make longer journeys, but fleet manager John Moore says they were asked to use the electric vehicles as much as possible.

“The upshot of that was that we were running the electric vehicles considerably, and we had some trouble getting them back from some drivers which showed we had great buy-in,” he adds.

“To help that, we engaged with each of the individuals who would be using the vehicles to remind them that there isn’t a charge point on every corner, so keep an eye on the amount of charge left in the batteries, and that they would need to plug it in and charge it overnight.”

Moore says there were few operational implications while running the two-tonne vans, although payload could become an issue when the company looks to add electric 3.5-tonne vehicles in the future because of the amount of equipment they need to carry.

“Also, a lot of our engineers work from home or are on standby for emergency call-outs, so we need to look at the charging infrastructure, but, if the technology becomes available, we will hopefully be at the forefront of that.” 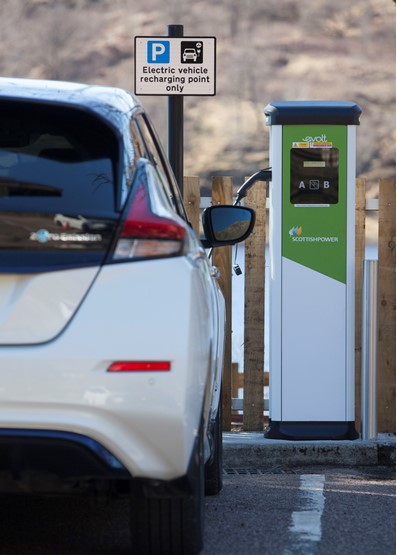 Rankine adds: “Our engineers who use the 3.5-tonne vans also have power tools which could drain the vehicle battery, so while we have solved these problems in our combustion engine vans, there is still a long way to go on the electric ones.

“The industry and manufacturers need to think about these challenges if they want to target large engineering firms like us.

“If the technology changes, then yes, of course, we will look to add the larger electric vehicles on to our fleet, but right now I think we have to cherrypick those vehicles that a) don’t carry significant amount of equipment or use power tools, and b) are doing the shorter journeys.”

Rankine says ScottishPower will also be looking at how it can introduce EVs on to its essential-user fleet – employees who typically run small hatchbacks and have company vehicles due to the mileage they do for their role.

“These individuals pay company car tax on their vehicles so they can be run for personal use as well, so we need to make EVs a feasible option so they can make the transition and feel no negative impact in their personal lives.”

National Windscreens has been named the preferred vehicle glass replacement and repair supplier in a new contract with ScottishPower.