On paper, LPG has the cost and environmental qualities to be a mainstream vehicle fuel. It is more than 40p per litre cheaper than petrol or diesel, while research by the German Federal Motor Vehicles Agency found that NOx emissions are generally lower than petrol and substantially lower than diesel. LPG also generates no recordable particulate matter. 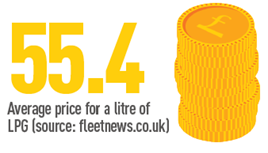 And it creates less CO2 on a well-to-wheel basis as it is a byproduct of the crude oil and natural gas industries.

However, the 28 leasing companies which provided details of vehicle fuel types in last year's FN50 ran just 23 cars and 31 vans. LPG was dealt a near-fatal blow in 2005 when the Government scrapped the Powershift grant scheme, but despite that, there appears to be a clear argument for greater uptake. So why don’t more fleets use it, and what does the future hold for the fuel?

What are the benefits of using LPG?

Paul Beesley: The main benefit is the fuel cost. Savings of up to 40% are a significant driver. LPG also enhances a business’s environmental credentials by using a proven cleaner fuel. The likely introduction of further Clean Air Zones brings the possibility of further vehicle restrictions in city centres. 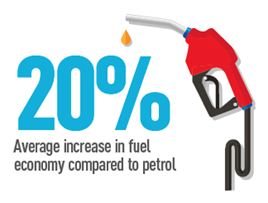 Simon Hill: We’ve got two customers who use LPG. One is a construction business and the other is a service engineering company. Their overriding motivation is cost. Their vehicles have really good wholelife costs, they are reliable, the drivers are happy with their performance and CO2 and NOx emissions are good.

Noel Roberts: The main factors our councillors looked at when deciding to adopt LPG were the fuel costs and CO2 emissions. We have our own LPG tanks and today’s price is 32p per litre, so we make considerable savings from running LPG: around £1,200 per vehicle, which is more than £80,000 a year.

Why do so few fleets use it?

Paul Beesley: Primarily it’s all down to education and breaking the duopoly of diesel and petrol. More than 10 million drivers in mainland Europe use LPG and have done for more than 40 years, while more than 14 vehicle manufacturers offer LPG-powered models directly from their showrooms, some of which are even manufactured in the UK. But there is no OEM offering an LPG option in the UK.

Simon Hill: My feeling is that it was the right place at the wrong time for LPG. I think it just didn’t get the push it needed and I don’t think the Government helped massively . It’s going to be one of those fuels that will forever be on the periphery, but never mainstream. People still feel nervous about aftermarket conversions and, because of this, they want to stick with diesel. It’s unfortunate, because if more people saw the benefits then more would use LPG. If companies do not have the facility to bunker the fuel, the number of sites where you can buy it is limited.

John Pryor: Government policy towards LPG as a viable fuel for road-going cars and vans led, some years ago, to mainstream motor manufacturers largely dropping LPG models from their price lists. Today, ACFO’s understanding is that vehicle conversion to LPG is typically an aftermarket issue. 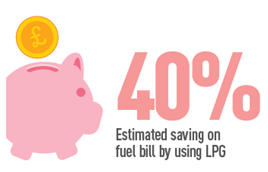 As a general rule, fleets have vehicle sourcing relationships with mainstream motor manufacturers, franchised dealerships and third-party suppliers such as contract hire and leasing companies. Best practice dictates that fleet managers should consider the viability of such vehicles on a total cost of ownership/wholelife cost basis. Only then will they know whether LPG vehicles have a place on their fleets.

Are there any issues with reliability?

Simon Hill: In the past 10 years, we’ve not had a single problem with a conversion and every single LPG vehicle we’ve had on fleet has performed as well, if not better, than their diesel or petrol equivalent on reliability.

Noel Roberts: We have got vehicles here – the original ones – which have covered 180,000 to 190,000 miles without  any problems. The LPG system needs to be serviced every 12 months, but our mechanics have been trained to carry out the work.

What does the future hold for LPG?

Paul Beesley: Interest levels have been increasing in recent months, given the publicity around poor air quality in the UK, with much of the criticism levelled at road transport as one of the biggest contributors. The news that London breached annual pollution limits just one week into 2016, and that the Government has announced plans to introduce Clean Air Zones in 38 areas (five by 2020), with the possible banning of diesel vehicles, provides a timely opportunity to consider the benefits offered by LPG. 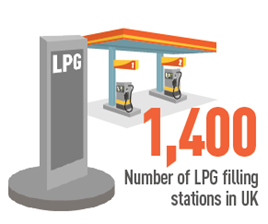 Simon Hill: I wish we would see an increase, but I don’t think we will. What will happen is we will probably live out LPG and then go to hybrid or full electric and then on to hydrogen. That’s my gut feeling. I think a possible increase in interest for it could be the move back to petrol. Over the next two years I am expecting half our customers, if not all, to remove their diesel-only policies and reintroduce petrol. When we see that, we are ready to promote LPG to those that it might be relevant to.

We are planning to say "here are your wholelife costs for diesel, petrol, LPG and plug-in hybrids", but we will make sure we reinforce the position around LPG because we think it’s a viable option. It has to be the right circumstances, but we think it’s viable. I don’t think we will increase our LPG fleet massively, but I don’t think we’ll lose any either. I think we’ll just continue until the time there is a better alternative; but at the moment there isn’t one.

Noel Roberts: LPG has given us good service and massive savings – we’ve got no regrets. Council policy is to purchase dual fuel (both petrol and LPG) vehicles where possible. We will continue to do that until our policy changes.

How are the residual values of LPG vehicles?

“Every single vehicle we get we can sell five times over. 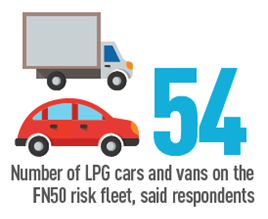 “It’s one of our best-performing vehicles in terms of RVs. We get farmers, we get taxi drivers, we get all sorts of people interested in our used LPG vehicles. I would say they probably get back the cost of the conversion.”

How does an LPG conversion affect a manufacturer warranty?

Rob Beesley says approved conversion specialists will offer an additional warranty that covers the LPG system being fitted and the powertrain.

How often does the LPG system need to be serviced?

“It should have an annual inspection and service through one of the industry-approved specialists,” says Beesley. “This should cost in the order of £55.”

“It does not affect BIK as it is an aftermarket conversion,”  says Beesley. “As such, the CO2 used would be for the petrol engine. If an OEM were to offer LPG then the additional cost for the LPG option would be included for BIK, but the reduced CO2 figure for the LPG would be used. Vans do not attract BIK.”