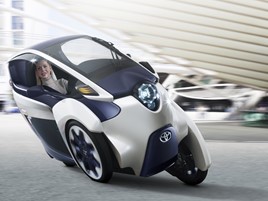 The future of urban mobility may conjure up thoughts of autonomous cars, electric vehicles (EVs) and mobility as a service (MaaS).

But this view overlooks a “forgotten sector which has an essential role to play in our transport future”, according to Tony Campbell, chief executive of MCIA (Motorcycle Industry Association).

He is referring to the powered light vehicle (PLV), the virtues of which his organisation is plugging through its Route to Tomorrow’s Journeys report.

PLV – also known as L-Category vehicles – is the collective term for a range of two-, three- and four-wheeled vehicles for either passenger or cargo use, and a range from mopeds to quadricycles such as the Renault Twizy.

Campbell says they are becoming increasingly relevant to fleets and drivers operating in urban areas because their compact size and light weight maximises the use of available road space, cuts congestion and, given they are predominantly powered by electricity, reduces pollution.

Campbell adds: “During his keynote speech at the launch of the Government’s The Future of Urban Mobility strategy, the then minister for transport Jesse Norman stated ‘we must start to think differently about the motor car, as transforming the same vehicle type as we drive today to an electric variant is not the solution’.

“These words suggest a modal shift away from single-occupancy cars and under-utilised vans towards transport modes that use less energy and take up less road space, but still offer commuters, tradespeople and the logistics industry practical solutions, while maintaining freedom of choice.”

Campbell claims PLVs can play a key role in allowing people to choose the right vehicle for the right journey.

A journey of a few miles from home to work could be made by bicycle; a longer journey would suit a PLV. Rather than using a van to deliver a small parcels, a PLV could be more appropriate.

“PLVs are practical in terms of the task that is required (moving people and goods), they are efficient in terms of energy use, road space and materials and they are safe,” says the report.

“With appropriate regulation and supporting policy they can fulfil a much-needed role.

“Perhaps the most important element is the need for an open mind and this may be the challenge that is hardest to overcome.”

Up to now, business uptake of PLVs has been limited – at the end of 2018, for example, there were only 610 ultra-low emission quadricycles registered in the UK – and organisations which run them often use them for light duties instead of as serious workhorses.

For example, Cumbria Tourism has taken on 10 Twizy EVs to form part of its ‘See More’ sustainable travel programme. Under the scheme, run in association with Co-wheels Car Club, the Twizys, which all sport sheep livery, are available to hire on a pay-as-you-go basis from eight locations in Keswick and Ullswater.

But some fleets are taking a more serious look at PLVs, with DPD already using Paxster micro-vehicles from its 5,000sq ft all-electric parcel depot in Westminster. The Paxsters are delivering to the immediate area around the depot and carry out around 60 stops on one charge per day.

DPD started with 16 last year but intends to grow this to 26 by year-end with some deployed at the Shoreditch depot as well as other UK cities. It is also adding 10 EAV P1 cargo vehicles.

Rob Fowler, DPD general manager – CSR, says: “We’re really pleased with both vehicles and they are performing well. They are incredibly efficient in the urban environment and have allowed us to make significant operational improvements.”

He adds: “We’re on target to achieve our aim of 139 EVs in 2019 and have plans to increase that significantly in the next few years.”

MCIA hopes DPD will be just one of many large organisations to adopt PLVs, as it feels they can “solve many of the challenges we urgently face”.

“PLVs provide opportunities for those looking at the last mile, the first mile and every urban mile and how they are used to service the gig economy,” says the report.

As part of MCIA’s research, Local Transport Project carried out a congestion study to determine the effect a modal shift from private cars to PLVs would have on congestion in Slough, Berks.

In all circumstances considered, it found adoption of the vehicles would bring significant benefits.

The analysis found replacing 5% of private cars with PLVs would reduce average journey times by 6.7%, increasing to 12% when a 10% modal shift was simulated.

Local Transport Project also looked at the impact of switching light goods vehicles to PLVs. It found that when 20% of LGVs were replaced with a mix of PLVs, average journey times fell 4.3%. If this proportion increased to 50%, delays decreased 9.4%.

“There is much discussion about electric and autonomous vehicles, but it should be considered that simply replacing a combustion-engined vehicle with a comparable electric or autonomous equivalent will not alleviate the increasing congestion issue,” adds the report.

The congestion impact study also examined the amount of space that could be freed up on the road if cars were replaced by smaller PLVs.

As an example of size, the Seat Minimo concept measures 2.5 metres long and 1.2 metres wide to give a footprint of 3.1 square metres. A typical car measures around 7.2 sq m.

Using baseline data, a 5% modal shift to PLVs reduced a 276-metre queue at a junction by 25 metres, while a 10% shift would provide 48 metres more space.

The MCIA report adds that with this more efficient use of space, less room is required to move the same volume of people and goods.

“This space would allow local authorities to make changes to the infrastructure in line with local strategies,” says the report.

These are encouraged primarily for health benefits, but also to increase footfall for retail businesses in urban centres.

“Increased town centre retail will require frequent deliveries and PLVs can meet expectations of short delivery times without the associated congestion and emissions of full-sized delivery vehicles,” says the report.

It adds: “Although the promotion of public transport, walking and cycling as the natural choice for commuters is to be encouraged, it must be acknowledged that there are some journeys where these options are not practical and alternatives must be considered and supported.”

“Transport for London (TfL) has recognised the potential benefits of transferring small parcels from lorries and vans on to PLVs,” says the report.

Receiving goods is an essential component of business, but these deliveries are also a large contributor to congestion and air pollution, it adds.

“Setting up logistics hubs outside the centre of major cities can help alleviate these issues,” says the report.

“Parcels and other goods can be delivered to the hubs (out of peak hours) and then taken to their destination in the city centre by cycles and PLVs.”

The report notes that there is some criticism about using PLVs for last-mile deliveries in relation to the number of vehicles it would take to replace the HGVs currently delivering goods.

For example, the Road Haulage Association calculated that 23 Ford Transit-sized vans would be needed to carry the same amount of goods as one full HGV.

“It could be argued that many of the vans being used are not carrying full loads, so it would, in fact, be better environmentally to consider more efficient alternatives for deliveries,” says MCIA.

“The Low Carbon Vehicle Partnership (LowCVP) has noted the growing interest in light commercial use of PLVs for this in response to congestion and on-line shopping demand.

“PLVs, such as those already in use by logistics company DPD, can be safely adapted to carry goods or specifically designed for that purpose.

The report says TfL plans to incorporate rules for the safe use of commercial PLVs into the Fleet Operators Recognition Scheme.

LowCVP says the wholelife carbon footprint of PLVs compared with conventional passenger cars is expected to be significantly lower owing to their smaller size and weight.

“The PLV Consortium study has estimated the total lifecycle energy consumption of PLVs to be, typically, 50% lower than conventional passenger cars,” it adds.

“With zero tailpipe emissions, the electrification of PLVs will further improve air quality in urban areas and enable vehicular access to potentially restrictive urban clean air zones that are currently being considered across UK cities.

“PLVs with low mass and a small road footprint have the ability to offer energy-efficient driving and help reduce congestion and, as such, are a good fit with the UK’s carbon reduction and other objectives.”

The potential for PLVs to address future urban mobility challenges has not gone unnoticed by a number of major car manufacturers.

Renault’s two-seater Twizy electric quadricycle is perhaps one of the best known electric PLVs, having been launched and put on general sale in 2012, but Toyota unveiled its i-Road urban electric vehicle (EV) project the following year.

This three-wheeled one- or two-seater has been used as part of a mobility project which has seen it loaned to businesses and members of the public in Japan to assess its commercial potential.

I-Road has also been used by Tokyo car-sharing service Park24 and will also be used at next year’s Olympics.

Toyota has followed up the i-Road with its i-Tril concept vehicle, which features a one-plus-two seating layout.

The manufacturer says this has been developed as a viable alternative to city cars, small hatchbacks, other all-electric models and motorcycles.

In February, Seat unveiled Minimo, which the manufacturer says is the “vehicle set to revolutionise mobility”.

“The Minimo has been especially engineered to adapt to the mobility platforms that will shape the future of city driving, where traffic will be restricted and only a few operators will be able to offer mobility,” says Luca de Meo, president of Seat.

Seating two passengers, the concept car has been developed with an integrated battery swap system, enabling full vehicle charging in only a few minutes and provides a range of more than 62 miles. 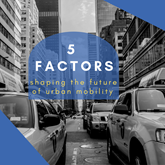