Maintenance management: which strategy works best for you?

Fleet decision makers face a number of choices when deciding on how to maintain their fleet, each offering their own strengths. Here Andrew Ryan looks at the strategies adopted by different fleets and why they work for them. 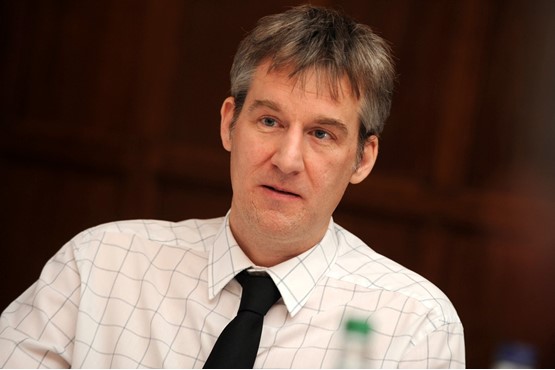 Certainty around budgeting is the major reason why the Construction Industry Training Board (CITB) includes maintenance in its leasing contracts.

“When I joined CITB in 2012 we looked at wholelife costs and, with budgeting in mind, tagging on maintenance to our contract as a fixed cost made it so much easier to forecast costs,” says Colin Hutt, category and contracts manager (fleet and insurance) at CITB.

Part of his remit was to encourage cash allowance takers back into company cars to improve the organisation’s duty of care, but any policy also had to make economic sense.

“I needed to make sure I could go to the executive and say ‘ok, you are paying this person £5,000 cash allowance, but if we gave them a choice of any of these cars, we can be 100% sure that this vehicle isn’t going to cost any more than their allowance’.

“That cost would include the lease, the company national insurance, our potential dehire, and a number of other associated little bits. Only by building in the maintenance would we be able to do that.”

Hutt says the CITB’s fleet profile also means it makes sense to include maintenance on a leasing contract.

“We run fairly high mileages of 20,000 a year on four-year leases, so we have vehicles going beyond their warranties and into the MOT period,” he adds.

“You accept the fact that for the first year or two there is probably going to be very little cost involved in maintaining a vehicle, but beyond that point is where the costs begin to escalate.”

Hutt adds: “I’ve been approached by different companies suggesting that if we looked closely at our maintenance costs, we could be better off taking maintenance out of our lease contract and almost self-insuring that.

“With that, though, there is an element of risk involved. We lease our vehicles because we don’t want to accept residual risk, and we don’t want risks in those kind of costs: it’s not our business.” 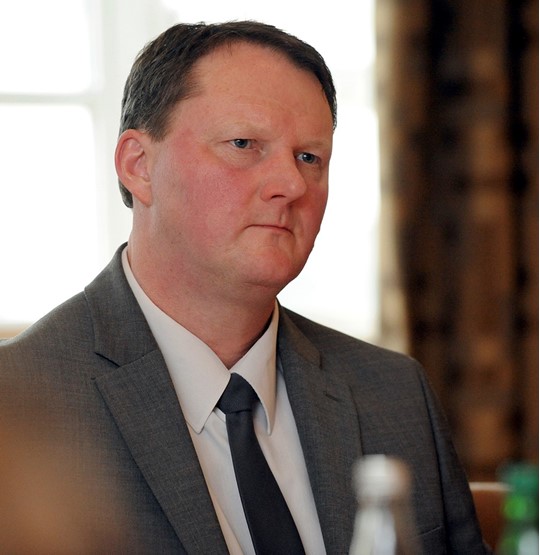 Miller’s Vanguard has increased the level of service its customers receive by taking control of its vehicle maintenance regime.

The firm, which provides maintenance services to the food industry, includes maintenance in its vans’ contract hire agreements, but takes responsibility for booking work to minimise operational disruption.

“We do not allow our engineers to contact the lease company,” says Nick Webb, fleet manager at Miller’s Vanguard.

“Otherwise what could happen is our call centre asks where a vehicle is or what an engineer is doing, but they could have booked their van in for some work without us knowing.

The fleet team monitors mileage through a telematics system so it knows when regular services are due, and books these in advance.

“The first our engineers know about it is when they get an email from us two weeks before the service date telling them everything about location, time and if a replacement vehicle has been arranged for them,” says Webb.

“We know when our guys have their holidays booked or are working late shifts, so we can book vehicles in when it is convenient. We can book one person in each region per day, so it will not affect our service.”

Engineers also call the fleet team with any issues with a vehicle, such as a flat tyre, so the company can co-ordinate the repair and let the customer know there will be a delay. 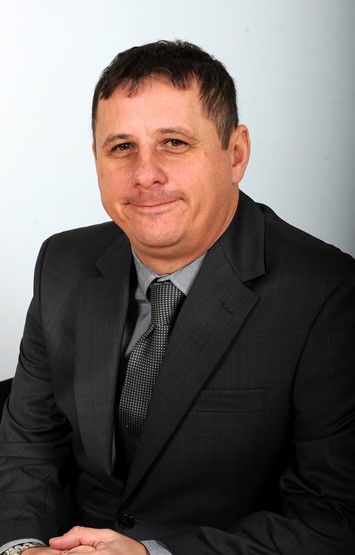 Siemens has begun to roll-out pay-on-use maintenance across its fleet after this approach cut its service, maintenance and repair spend by a third during a three-year trial.

The infrastructure company has traditionally included maintenance within its operating leases, but looked at pay-on-use to see if it could gain greater visibility of costs.

He says it was obvious immediately that if there were no interventions other than servicing and regular wear and tear, switching to pay-on-use would have clear cost benefits.

To put this theory to the test, Siemens ran a cradle-to-grave trial of 48 vans which were about to join the fleet for a three-year period.

“When we got to the end of year one, there was a 65.8% reduction in maintenance spend between the package that was offered by the lease company and the actual expenditure,” says Tate.

“For us, when we got to the end of the trial we saw an average saving per asset of £1,000 over the lifecycle of the contract, which worked out to be a 33.8% reduction compared to including maintenance in the lease.”

Siemens has now extended pay-on-use maintenance to around 350 vehicles, although it is currently in discussions with its leasing provider after it contacted Tate with a proposal for a maintenance agreement including a profit-sharing element.

Information provided through the pay-on-use trial also helped the company identify issues with vehicles and drivers.

Under the traditional operating lease with maintenance, a figure was set where any repairs costing less than that threshold would automatically be carried out and the drivers’ line managers would not be notified of any cost.

Under pay-on-use, all repair costs went to the relevant line manager for approval.

“Suddenly, these line managers were coming to me to say ‘What are all these charges? You said I wouldn’t be paying for them’,” says Tate.

“I would tell them that they’ve always been paying for them but they didn’t know about it because of the way the traditional operating lease works.

“Suddenly that got their ears pricked up and they started to take notice of what the damage was, who was causing it and why.

“It generated a lot of questions and made the fleet far more efficient because it was bringing control back into the system.” 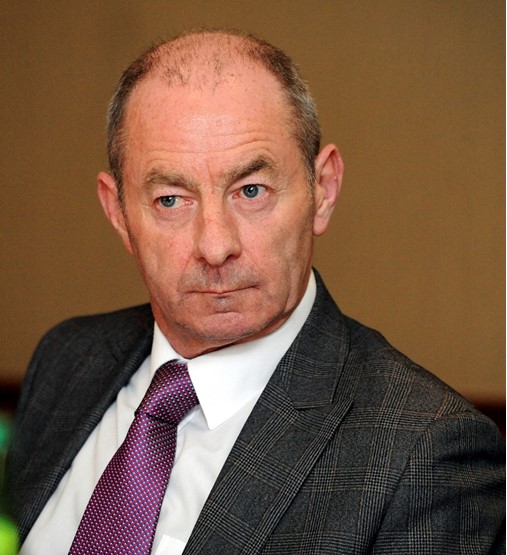 Construction business Careys has reduced costs, vehicle downtime and administration after agreeing a nationwide agreement with independent supplier Halfords Autocentres to provide its maintenance and servicing.

Before this, its drivers adopted a “scattergun” approach, using whichever garage was closest to where they were working, leading to inconsistent service and invoices from a multitude of different suppliers.

“Standard servicing was quite expensive because we had no national account: our vehicles were going to anybody to get things done as long as they were local to the job,” says Gary Condon, managing director for Careys Plant and Fleet, which has around 800 vans and outright purchases its vehicles.

“Now we use Halfords Autocentres, so it does all of our servicing and MOTs around the country linked to a service level agreement.

"Within that we have got standard pricing, so we are getting better value for money, and it’s a managed account so we can look at key performance indicators such as how long vehicles are in for.

“When a Careys vehicle turns up at a Halfords centre, it knows us and knows what is expected. We are like everybody else in that we are not always very proactive, but Halfords help us manage that with a quick turnaround and response. It’s easier to manage and reduces the downtime.”

Condon says the nationwide coverage provided by Halfords Autocentres plays an important part in the operation of the fleet. “Its outlets are located in all of the urban conurbations where we work, so they are never too far away from one of our sites,” he adds.

“It means our drivers don’t have to drive miles and miles to a dealer as one is usually around the corner, so the driving time to a service centre is reduced.”

But as around 90% of Careys’ vans are Ford models, the company has an agreement where it can use the manufacturer’s franchised dealer network if needed.

Condon adds: “Halfords does other things for us. If we send a vehicle for a service or a repair, there is a system where it checks them over so it gives us a certainty over our vans.

"If a vehicle goes into Halfords or Ford and it needs a tyre, they would contact our tyre provider to get the tyre replaced, so it’s a 360-degree supply chain.” 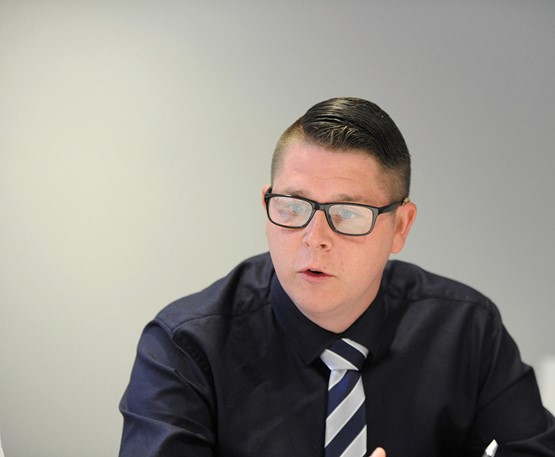 “They offer us better availability of being able to get emergency appointments and because our business is in social housing it’s partly about supporting the local community,” says Liam Farrar, fleet manager at WDH.

He ensures the organisation’s vehicles are maintained to the same standards and remain within warranty by using original parts and garages with the correct dealer-level diagnostics systems.

“It’s different, but it has always worked well for us,” adds Farrar. “We’ve got good relationships with local suppliers and can get service whenever we require it.”

“From a corporate perspective and due diligence, it’s a good check: from a leasing company’s perspective it could be a little bit of overkill, but it is in their best interests that the vehicles are maintained to a high standard.

“From our viewpoint, we like to have a highly-maintained fleet. It puts drivers’ minds at rest and it’s good from an audit perspective.”

Farrar says this maintenance policy does not have a big financial impact on WDH because the cost is built into its lease agreement. 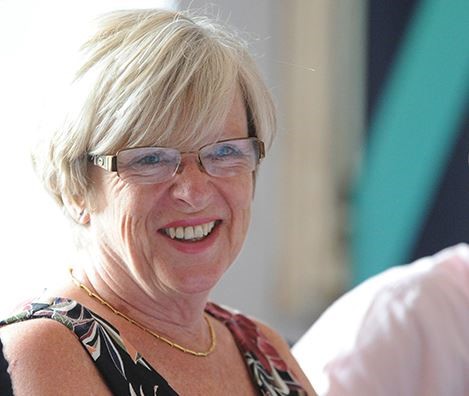 Apps are becoming an increasingly common tool for fleets to identify vehicle defects and prevent any issues from becoming more serious and expensive to repair.

Amey has introduced a daily vehicle check app which has reduced paperwork and ensured faulty vehicles are back on the road faster than before.

“Our transport managers might have five or six operating centres and it was not possible for them to go round every day to pick up their defect sheets, but they go to them electronically now,” says Julie Davies, group fleet and plant compliance manager at Amey.

“It is saving phone calls and time on a daily basis.”

Davies says the app has also enabled faults to be repaired more quickly in the event of a breakdown.

“We trialled the app on a highways contract and on a waste contract and, during the trial, one of our refuse collection vehicles broke down – it was a hose,” she adds.

“Normally that would be a call to the transport manager, and there might be a conversation along the lines of ‘Where’s the hose?’, ‘it’s underneath, it’s the blue one’.

“The transport manager would phone the maintenance provider and it could turn out to be the green hose instead, delaying the repair.

“But by using the app to send a photo of the hose to the maintenance provider, the fault was identified correctly straight away. It went to repair the vehicle and it went on its merry way, saving us two hours compared to how it would have worked previously.”