Was this article useful?
22 people found this useful 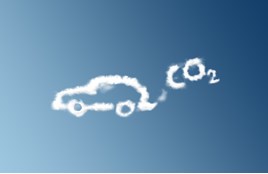 As the popularity of salary sacrifice burgeons, Ben Rooth looka at 10 key facts every fleet manager needs to know.

Salary sacrifice has become an important part of the fleet mix since the first scheme was launched seven years ago.

Last year, 5% of cars provided by FN50 leasing companies were funded through these schemes, and this is expected to grow: global strategy consultant OC&C predicts that they could account for up to 10% of all new car sales in the UK by 2025.

To capitalise on the growing interest, the majority of major leasing companies have now developed their own salary sacrifice products, with Ogilvie Fleet the latest to do so following interest from its customers. It is due to launch next month.

“As we increase our customer base, we believe salary sacrifice schemes will be in demand as the financial benefits remain attractive to both employers and employees, thus making the solution a key part of our expansion plans,” says Nick Hardy, sales and marketing director of Ogilvie Fleet.

1. How a salary sacrifice scheme works

Salary sacrifice schemes allow businesses to give employees the option of relinquishing part of their salary for the non-cash benefit of a new lease car.

Benefits for an employer range from potential cost savings and tax efficiencies to strengthened employee attraction in recruitment and retention.

For the employee, salary sacrifice gives them the chance to own a brand new car at a cost they can afford, with the benefit of hassle-free motoring as the maintenance, servicing, breakdown cover and insurance are normally included in the price.

And because the cars provided through the scheme are classed as non-cash benefits, they offer savings for the employee – as well as the employer.

Dennis Dugen, car fleet and employee benefits manager at WSP, says: “From the company’s point of view, it’s a benefit that you can offer at no extra cost.

“If you choose to take the national insurance savings, that would more than cover any administration costs that might be involved in the scheme.”

2. Salary sacrifice can be an alternative to a traditional company car

A growing number of fleets – WSP, IBM and Barclays Bank among them – have set up salary sacrifice schemes in part to replace elements of their traditional schemes. PricewaterhouseCoopers has run one for years instead of a company scheme.

However, salary sacrifice wasn’t created with this in mind, and the general consensus is that they work best when implemented alongside existing company car schemes. Fleets need to fully appraise their demographics, such as eligible employees, staff turnover and any anticipated restructuring.

Andrew Hogsden, a senior manager at Lex Autolease, adds: “It’s advisable for employers to investigate whether a scheme is appropriate for their needs and not assume salary sacrifice can substitute traditional company car schemes and achieve cost savings.

“The reality is that salary sacrifice does not always offer any additional benefits or tangible cost savings compared to a company car scheme or contract hire.”

3. Salary sacrifice does not suit every company or employee

While there’s the potential for organisations of all sizes to benefit from salary sacrifice, smaller fleets in particular need to carefully consider whether the schemes are appropriate.

This is especially the case if they have high staff turnover, meaning that the cars will have to be returned early with potential early-termination fees. In addition, the schemes are unlikely to be cost-effective if only a low proportion of employees are paid above the minimum wage, as there won’t be sufficient salary to sacrifice.

Iain Carmichael is chief commercial officer of Tusker, which launched the first salary sacrifice scheme in 2008. “Employees can be split into four categories: essential drivers, perk drivers, cash allowance takers and everyone else,” he says. “For the third and fourth category, salary sacrifice really is an easy and straightforward arrangement as it extends cost benefits of a leasing to these drivers, who would normally not have an entitlement to a company car.

“For perk car drivers, it can still offer some savings, while at the same time extending choice by removing many of the traditional car scheme restrictions. For essential drivers, the picture is more complicated, as it depends on the existing car policy and individual drivers’ circumstances – and these need to be taken into account by the scheme operator.”

4. Salary sacrifice can be used to cut a fleet’s CO2 emissions

According to Tusker, average CO2 emissions for every car on a salary sacrifice scheme have improved from 151g/km in 2008 to 107g/km today.

In other words, the environmental benefits for companies by way of helping staff drive newer, cleaner cars instead of older, more polluting ones, are obvious.

Lex Autolease’s Andrew Hogsden is unequivocal about this. “From a fleet manager’s perspective, salary sacrifice schemes are attractive because they offer the potential to reduce the company’s CO2 emissions while simultaneously cutting the number of grey fleet drivers,” he says.

“A direct consequence of providing employees with newer, fuel efficient vehicles is a reduction in a company’s carbon footprint.”

Some companies, such as Tusker, actively run campaigns to promote ultra-low emission vehicles (ULEVs) while also allowing clients to offset their
vehicles’ CO2 emissions against a range of approved projects.

Dennis Dugen, of WSP, adds: “One of the attractions of salary sacrifice is that it encourages drivers to choose low emission vehicles.

“We are aware of our environmental responsibility and there is a desire to make our fleet as green as we can without being over prescriptive about that.

Salary sacrifice schemes provide employees with the opportunity to take advantage of large savings on the retail price of cars, as well as reduced tax and national insurance contributions.

In addition, it’s hassle-free motoring as most cars come complete with servicing, maintenance and fully-comprehensive insurance for a lower fixed monthly cost than might otherwise be available.

Paul Murdoch, business development manager, salary sacrifice at Hitachi Capital Car Solutions, says:  “Salary sacrifice schemes make financial planning easier for the employee with the added benefit of a new car, which they would sometimes be unable to access otherwise.”

“It can also be a powerful influence on whether an employee joins a company or a disincentive to those considering moving employer as they would lose the safety of a steady, advantageous benefit.”

Mydrian Harries, head of corporate risk at Mid and West Wales Fire and Rescue Service (MAWWFRS), launched his organisation’s salary sacrifice scheme for cars framework in 2012. The scheme, which is run by Automotive Leasing, has been made available to its 1,400 employees, including its large number of on-call fire-fighters.

“In 2011, ways of bringing in austerity measures were still at the forefront of employees’ and fleet managers’ minds and our scheme enabled us to provide colleagues with access to a cost-effective way to a new car that was consistent with our aims of being an environmentally-sustainable fire and rescue service.

“It has the additional bonus of providing either a two or three-year contract. This is something that can help considerably with employee retention, and which also has minimal risk to the employer.”

In addition to being properly insured for business purposes, salary sacrifice cars usually come with full service, maintenance and repair packages, and that means peace of mind for both employee and employer.

Sharon Richardson, of LeasePlan, says the schemes can help banish any concerns that fleet managers experience about their grey fleet.

“As an employer, if you can make it easier for your employees to drive a car that’s more reliable, part of a fully-maintained arrangement and insured together with annual licence checks, then it is not only good for them it is good for you too – especially if they’re using the car for work,” she says.

“Ensuring the safety of employees and knowing they are in a safe and reliable vehicle while driving on business undoubtedly helps assist with employers’ duty-of-care commitments.”

7. Salary sacrifice can reduce a company’s own tax liabilities

This means that, subject to the salary not being sacrificed to a level below the national minimum wage, an employee’s income tax liability and national insurance contributions (NICs) will subsequently be reduced.

These schemes are classed as non-cash benefits and are therefore wholly or partially exempt from NIC contributions. Consequently, businesses benefit from reduced NIC payments.

Helen Fisk, of ALD Automotive, says: “When any employee sacrifices gross salary it means the employer does not have to pay employers’ NICs on that amount of salary.

The payments that are sacrificed from an employee’s gross pre-tax salary to fund a car have the potential to reduce their pension contributions.

Ian Carmichael , of Tusker, says: “It is impossible to generalise on the impact on an individual’s pension, as the relevant factors depend entirely on each employee’s situation, their pension arrangements and their employer’s policy.

“The effect on an individual’s pension needs to be worked out specifically for them, but in most cases drivers are more than happy to take the considerable savings the schemes give them now. The same applies to tax credits. A responsible provider will look at each individual’s situation, and employees are advised to seek financial advice.“

Financial advisors should be consulted by anyone signing up to a salary sacrifice scheme as they can provide tailored advice about the scheme’s impact on their company pension or tax credits.

A salary sacrifice car is classed as a company car and not a personal vehicle. Consequently, all cars that are provided under this arrangement will attract benefit-in-kind (BIK) tax, which is usually added into the quotation for the vehicle.

Steve Kinnersley, a fleet consultant from Lex Autolease, says: “When introducing a salary sacrifice scheme, companies must ensure their employees fully understand the tax implications. An important part of this is how their vehicle choice will influence the amount they pay in BIK tax each month.”

Sharon Richardson, of LeasePlan, agreed with this sentiment, adding: “Drivers need to know that a salary sacrifice car will attract BIK taxation and the HMRC needs to be informed of the change from the start.”

When LeasePlan visits an organisation to explain the benefits of salary sacrifice, it uses mocked-up payslips to demonstrate clearly to them how all aspects of expenditure, including BIK payments, fit in.

10. Salary sacrifice schemes can be terminated if an employee leaves

What happens when an employee leaves partway through a salary sacrifice commitment is always dependent on the original set up of a scheme, but the most common process is for the employee to hand the car back and walk away.

Sharon Richardson, of LeasePlan, says: “At this point in time, salary sacrifice agreements cannot be carried on or transferred between companies. On certain occasions there may be an early-termination fee to be paid. LeasePlan’s SalaryPlan offers an early termination insurance product to ensure the employer and employee avoid any hidden costs.”

These insurance policies are also used to cover costs arising from long-term employee absences – such as maternity or sick leave.