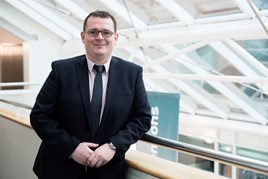 Taking drugs and driving is undoubtedly highly dangerous and reckless.

However, the increase in arrests since the introduction of the new ‘excess drugs’, section 5A offence, cannot simply be categorised as a growing trend of drivers flouting the law.

An important factor behind the increase, in my view, is simply the more widespread use of the roadside screening process.

Historically, a field impairment test was the officer’s go-to means of determining whether there may be evidence of impairment due to drink or drugs. That test is far from perfect and can often be considered subjective.

The offence of driving with excess drugs does not rely
on any assessment of ‘impairment’. It is now akin to an ‘excess alcohol’ offence where the ingredients of the offence simply involve driving, in a public place, while over the specified limit.

Taking away the element of subjectivity, the use of roadside screening devices has certainly been a major factor in seeing those arrest numbers rise.

Whether there is a fundamental lack of acknowledgement among the public in relation to the dangers of drug-driving or not is a difficult issue. But my experience in these cases does suggest that many drivers have no idea they may be over the legal limit.

Drugs such as cocaine and cannabis don’t break down anywhere near as quickly as alcohol. Roadside screening devices are not sufficient to justify charges but they certainly justify the requirement for an evidential specimen of blood being taken later at the police station.

Analysis of those blood specimens means traces of drugs can often be found days after usage.

Remember, impairment is not a consideration at that stage. The limits for cannabis and cocaine are widely accepted as extremely low and appear to have been deliberately set that way.

The effect of this is that drivers can be driving days after using these substances and feel fine to drive, but still fall foul of the section 5A offence.

The consequence of all of this is that drug usage by drivers is now a public interest issue and is undoubtedly one that fleet operators should have high on their agendas.

Alcohol screening is common in the workplace and referrals can be made by employers to the Traffic Commissioner where CPC-qualified drivers may be called to a driver conduct hearing.

To protect their status as licence holders, operators will need to safeguard against seemingly impaired drivers being in a position where public safety may be at risk.