Fleets not convinced of the benefits of sharing telematics data

Leasing companies, keen to tap into the telematics market, have hit a major hurdle after nine out of 10 fleets said they were unwilling to share their data with them.

A similar number also said they didn’t want to see telematics fitted as standard, because of the additional cost involved.

The findings, from a Fleet News survey carried out in association with TrackCompare, suggest that the leasing industry has a long way to go if it’s to convince fleets of the benefits telematics could bring.

Kjell Anderton, a director of TrackCompare, admitted the survey had provided a number of surprises. “Chief among them was the enormous percentage of fleets - some 93% - reluctant to share tracking data with vehicle leasing companies,” he said.

“However, not so surprising was the fact more than 90% didn’t want telematics fitted as standard.”

The survey of nearly 500 fleets, which was carried out between May and September, revealed that three quarters of those questioned had not fitted a telematics product.

More than a third (38%) of those who said they did not track their vehicles had simply not considered the technology, while cost (14%) was another barrier to adoption. More than one in ten (12%) said they trusted their drivers, suggesting a negative undertone about fitting the technology.

But for those who said they did track their vehicles there were a broad range of contract lengths, stretching from three months to more than five years. However, nearly a quarter (24%) of respondents had a contract of three years.

The survey also suggests that leasing a telematics solution is by far the most popular option, with 64% of respondents using that payment option, compared to 25% who had bought a system outright.

The biggest benefit of having telematics fitted was the real-time visibility of vehicles (21%), closely followed by improved driving standards (19%) and reduced fuel consumption (18%).

Improved productivity was seen as the fourth biggest benefit of telematics by 15% of respondents.

However, despite telematics companies targeting the leasing industry, ALD Automotive fitting devices as standard and LeasePlan recently launching a device, only 29% of leasing companies offered their customers telematics and just 6% of them had taken it up.

Anderton concluded: “Telematics will become an integral part of the management of contract hire and lease fleets and this survey shows that vehicle providers need to do a better job of communicating the benefits and service innovations that telematics can offer their customers.” 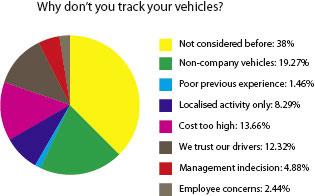 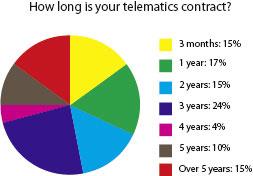 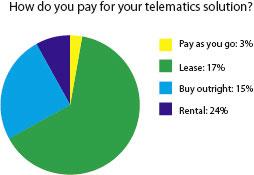 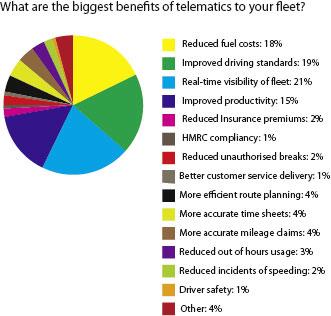 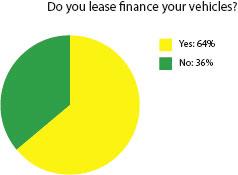 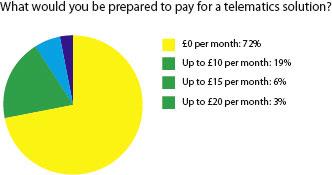 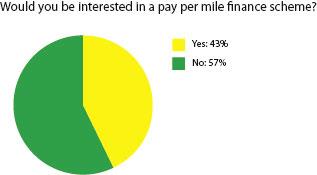