Insurethebox warns over increased risk of driving in the dark 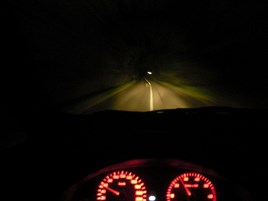 Fleet managers have been warned by Insurethebox that younger drivers appear more susceptible to being involved in a road collision after the clocks go back.

The clocks go back at hour at 2am on Sunday, giving an extra hour in bed, but the insurance company says its data says the fact that it gets darker earlier in the day sees accidents increase by 14% between October and November across the UK.

The biggest increase occurs in the east of England, where collisions rise 28% between these months, while there is a 31% rise during the evening rush hour (5pm-8pm).

Gary Stewart, service manager at Insurethebox, said: “There is undoubtedly a direct correlation between the clocks going back and an increased risk of accidents for road users.

“Especially relevant in the younger demographic, many of whom have only recently been able to secure their driving licence, following a suspension of tests to help combat Covid-19.

“Inexperience in darker driving conditions poses a particular danger to those road users, who will have to adjust for reduced visibility and adverse weather conditions brought about by the winter season.”

Insurethebox found the largest risk during the evening rush hour is seen in the west of England, where accidents rise by 97% during 5pm-8pm between October and November.

Wales and Scotland also see a sizeable increase in evening rush hour accidents with 56% and 53% rise in incidents respectively, with Scotland further reporting the highest increase of 45% in accidents also during the morning rush hour (6am-8am).

Londoners are the least impacted with a 21% increase in accidents during the evening rush hour. 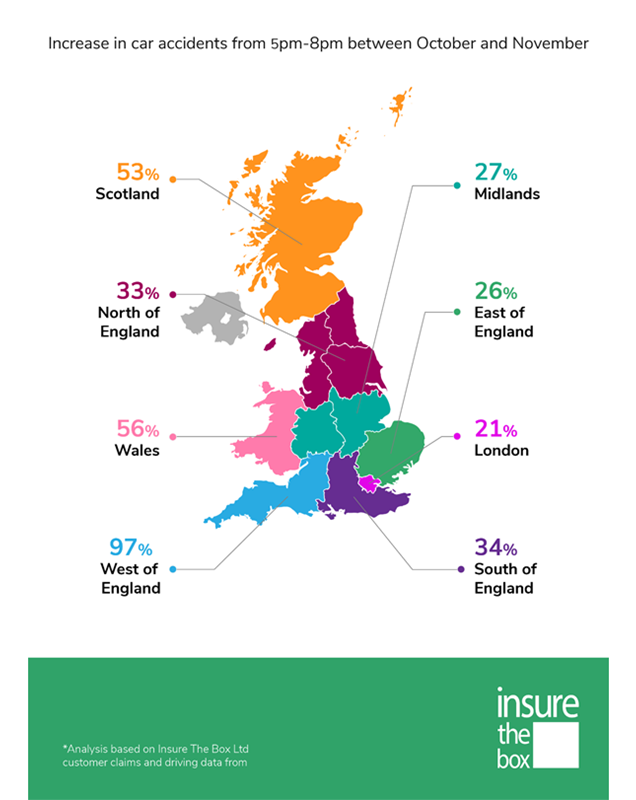 Specsavers issues advice for driving safely in the dark

With the clocks changing and the evenings drawing in, Specsavers has issued advice to employers to ensure their staff drive safely in the dark.