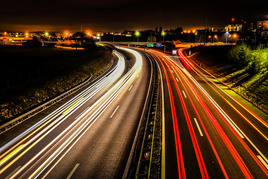 An estimated 27 million trips by car to see friends and family between today (Friday, December 17) and Christmas Eve are being predicted, with it expected to be the busiest getaway on the roads in five years

Analysis by RAC and Inrix suggests there will be an extended getaway in the run-up to Christmas, with an average of 4.1m such journeys taking place every day next week, culminating in most leisure journeys by car – some 5.3m – taking place on Christmas Eve.

Thursday (December 23) is expected to be next busiest day with around 4.1m leisure trips taken.

RAC’s Rod Dennis said: “Despite the increasing prevalence of the Omicron Covid variant, our research shows that the vast majority of drivers are still determined to do Christmas properly this year in sharp contrast to 12 months ago.

We’re expecting the biggest Christmas getaway for five years, including a ‘Frantic Festive Friday’ on Christmas Eve. But with overall traffic volumes in the run-up to the big day set to be down slightly on normal given the current ‘work from home’ guidance, there’s reason to hope there won’t be too many queues.”

Both the RAC and transportation analytics company Inrix believe there is likely to be less pre-Christmas congestion than in a ‘typical’ non-Covid year, with the ‘work from home’ guidance leading to far fewer commuters on the roads.

Nonetheless, Inrix data shows that drivers are likely to face festive delays on the clockwise M60 near Manchester, the southbound M40 in Oxfordshire and the northern and western sections of the M25.

Dennis said: “Our figures this year also point to more drivers using the roads between Christmas Day and New Year for leisure trips than normal – perhaps to make up for the fact that last Christmas was such a write-off for so many people.”

The RAC’s research indicates that Christmas Day, Boxing Day and the Monday bank holiday could all turn out to be busier than normal for leisure trips this year – with around 4.5m journeys a day by car taken to see friends and family, compared to the average of around 3.5m for the same period since 2015.

Inrix also predicts some lengthy jams – delays of more than 45 minutes on the clockwise M25 between Gatwick and the M40 on Boxing Day, and of 80 minutes on the same stretch the following day.

Inrix transportation analyst Bob Pishue said: “With kids out of school and many Brits taking extended time off for the holidays, drivers can expect moderate delays around the UK, but heavier congestion on motorways in and out of the cities.

Leaving later in the day is recommended, as roads will begin to clog up during the early afternoon.”

National Highways says it will be keeping almost 98% of the road network it manages free from roadworks. Customer service director Melanie Clarke said: “We know from experience that peak travel times can vary in the run-up to Christmas, so we’re encouraging drivers to check traffic conditions before heading out to help keep traffic flowing.” 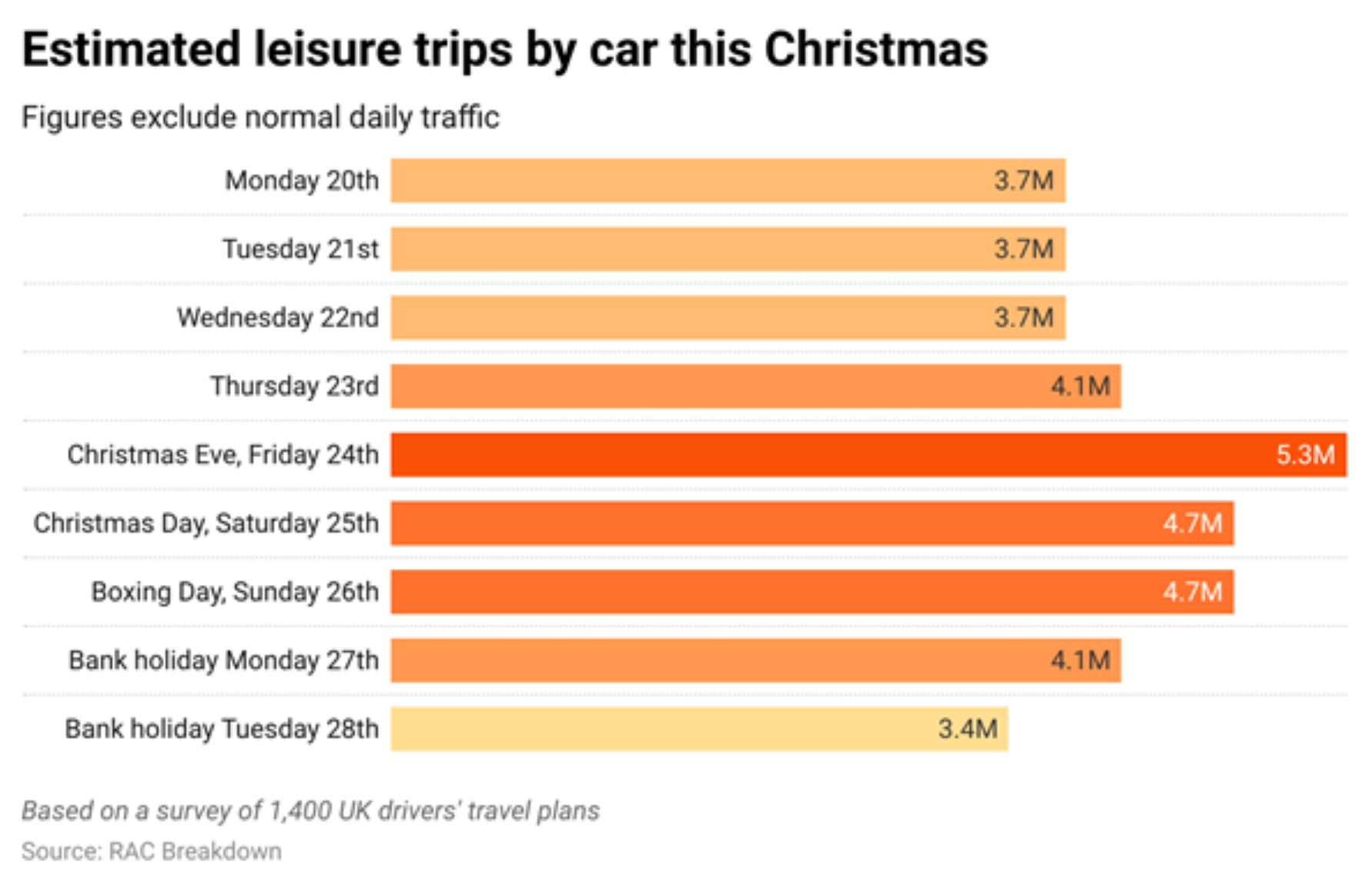 A preference for flexible working could make the rush hour a thing of the past, research by Wagonex has found.

Fleets and drivers lose 73 hours and £595 to congestion

Latest statistics have revealed that UK fleets and drivers lost 73 hour this year and £595 to congestion.

The government should also introduce more measures to help drivers switch to walking, cycling and public transport, according to the Green Alliance.