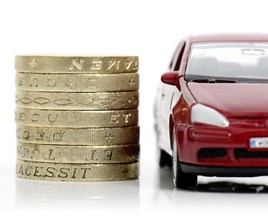 The Government should avoid tax hikes on motorists in this week's budget, warns the AA.

A week ago, 73% of a Populus poll of 25,810 AA members said they fear a post-election rise in motoring taxes. Among blue collar workers, that worry rises to 83%.

More than 10% of all UK tax comes from motorists’ pockets – and the share is growing, the AA highlights in the run-up to Wednesday’s budget.

Although the Chancellor promised that the fuel duty freeze since 2011 is set to continue in September, the AA is concerned that urban emissions scare-mongering will be used as an excuse for raising fuel and car ownership tax (VED) – as has been the case with Islington’s £100 levy on diesel car ownership.

In the March budget, George Osborne committed to the cancellation of a fuel duty rise in September: “The Fuel Duty increase by RPI planned for 1 September 2015, due to be 0.54 pence per litre, will be cancelled.”

In reality, for the past three months, the Treasury has been getting at least an extra 0.5p a litre in VAT from non-business diesel drivers. Although the wholesale price of diesel has been the same or as much as 3p a litre lower than the cost of petrol, fuel retailers have been charging up to 6p a litre more for diesel at the pump – 20% of which is VAT.

UK voters with cars and other vehicles pay more in fuel duty (£26.9bn) alone than UK firms and companies pay in business rates (£26.8bn) and the equivalent of 97.5% of what is received through council tax (£27.5bn, according to the Budget Report 2015, Table C.3, page 110: Current Receipts - OBR). Other motoring taxes raise another £6.1bn in vehicle excise duties, and a further £25bn from VAT on fuel and car sales, company car tax and insurance premium tax. Of the £582.6 billion raised in UK taxes last financial year, almost 10% came from motorists.

These sums do not include: VAT from car repairs and other motoring-related expenditure, income to councils from parking charges, resident parking permits and penalty charge notices (parking and moving traffic offences), congestion charges, and bridge tolls. Dartford Crossing, alone, generates £90 million a year in income. All these contribute to the public purse at national or local level.

Rather than an even greater burden of tax, the AA calls on the Chancellor to be more innovative in using more of the existing tax haul to influence motoring behaviour – helping government to meet CO2 and other emissions targets while potentially generating more tax in the short-term.

“If we gave up our cars, the country would collapse – such is the Chancellor’s dependence on motoring for 10% of the UK’s entire tax-take,” says Edmund King, the AA president.

“A vehicle revolution is ‘in the wind’ but it needs to be further encouraged.”

“The AA does not want a U-turn on the promised continued fuel duty freeze for September and reminds government that, if it is planning future rises, it is a tax related more to mileage than means. Owners of high performance cars pay extra for the vehicle’s higher fuel consumption but it also stunts the income of less well-off drivers for whom mileage may be the difference between having and not having a job.

“For that reason, fuel duty should remain frozen and other motoring avenues, that generate tax but also stimulate development, should be tried. A scrappage scheme could pay for itself through VAT and could serve the dual function of raising tax and meeting national emissions targets.

“Simply piling on more fuel duty when high pump prices undermine demand will backfire on the Government. It mirrors some London boroughs’ barely-disguised local tax grab from parking permit holders*, and misses an opportunity to stimulate a green change in transport – and a tax windfall to help settle the country’s books.”