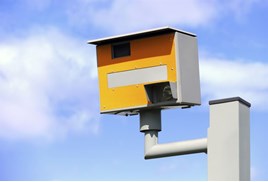 the number of drivers convicted of a speeding offence has risen by 28% in the past 12 months.

The next highest offence where defendants were found guilty was vehicle insurance-related crimes, although the percentage has fallen dramatically since 2004.

The figures, obtained by the IAM from the Ministry of Justice, also show that vehicle registration and excise duty offences and driving with alcohol in the blood above the legal limit are both offences that have fallen in huge numbers in the past ten years.

The top five list of offences where offenders are found guilty in court is as follows:

Other offences with a large number of guilty verdicts other than speeding are neglecting road regulations at 16,951 in 2014, using or causing others to use a mobile phone whilst driving at 16,025, and driving licence-related offences at 15,982.

New offences such as causing serious injury by dangerous driving are also showing signs of more widespread use which reflects the life changing nature of these crimes.

Sarah Sillars, IAM chief executive officer, said: “We can see from these figures that as the UK comes out of recession traffic levels have risen, speeding appears to be becoming more prevalent and regrettably casualties are rising again. The government and police forces cannot afford to take their eye off the ball and more visible policing is, in our view, the key way to ensure that people don’t think they can get away with speeding.

“In addition local campaigns must remain high-profile to make sure drivers don’t get complacent, or forget that speed can kill.”

According to the government’s THINK! campaign, speed is “one of the main factors in fatal road accidents”. In 2013, 3,064 people were killed or seriously injured in crashes where speed was a factor.

They added that the risk of death is approximately four times higher when a pedestrian is hit at 40mph than at 30mph.

Sillars added: “On a positive note, the joining up of databases across agencies and the increased use of number plate recognition cameras means some motoring crimes have fallen in big numbers.”