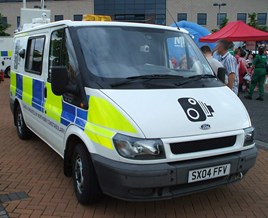 Police mobile camera vans are being used by more than a third of police forces to prosecute drivers for not wearing a seatbelt or using a handheld mobile phone.

IAM RoadSmart says out of 44 police forces 16 of them use the pictures from the cameras in their vans to pursue these offences as a matter of routine, and a further four do so occasionally.

With 80% of drivers telling the road safety charity that driver distraction from phones has got worse in the past three years, IAM RoadSmart has welcomed the use of technology.

Sarah Sillars, IAM RoadSmart chief executive officer, said: “Our research shows that the use of mobile safety camera vans to pursue phone users and seatbelt offenders varies from one force to another.

“The last thing we want to see are resources being wasted or the road safety message being diluted by careless drivers being acquitted.”

Data from the 16 police forces that routinely use their safety cameras revealed that in 2016 more than 8,000 unbelted drivers were identified, along with around 1,000 drivers using a mobile phone.

Sillars said: “Drivers should be reassured that the police are using all the tools in their road safety toolkit to address their top worries.

“For too many drivers it is only the fear of being caught that will stop them putting themselves and others at risk from smartphone distraction.

“Not wearing a seatbelt also puts an unfair burden on our emergency services who have to deal with the aftermath of such selfish behaviour.

“If drivers don’t know about this added enforcement technique then its impact will be reduced so the police should have no hesitation in publicising its use.”

Motorists escape prosecution due to lack of police, says AA

Two thirds of drivers (65%) don’t believe they will be prosecuted for offences such as tailgating and lane hogging due to a lack of police on UK roads.