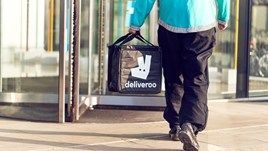 Delivery fleet companies can expect a greater focus from the authorities on enforcing employment status for drivers following the Government’s response to last year’s Taylor Review into working practices.

The Government says it will crack down on companies operating within the so-called ‘gig economy’ that has seen businesses, including delivery fleets, embroiled in tribunals due to confusion and debate over employment rights for drivers.

The Government has also quadrupled the fines to £20,000 for those that breach contracts or mistreat staff. Companies that have previously lost similar cases could face higher penalties.

The Government has said it should be easier for individuals and businesses to determine whether someone is an employee, a worker, or self-employed and may introduce legislation to provide clarity in this area.

The Low Pay Commission will also consider a higher minimum wage rate for workers on zero-hour contracts, and may also repeal laws that allow agencies to employ workers on cheaper rates.

Greg Clark, business secretary, said: “The Taylor Review said the current approach to employment is successful but that we should build on that success, in preparing for future opportunities.

“We want to embrace new ways of working, and to do so we will be one of the first countries to prepare our employment rules to reflect the new challenges.”

Government must do more

Companies like Uber, DHL and Hermes have been facing employment tribunals due to debates over whether drivers are self-employed or entitled to workers’ rights like sick pay and holiday pay.

The GMB union and the Independent Workers Union of Great Britain (IWGB) have both said the Government’s response does not go far enough.

Jason Moyers-Lee, IWGB general secretary, said the Government’s reaction to the Taylor Review was “light on substance” and described it as “kicking the problem into the long grass”.

He is sceptical the Government’s response will result in a change of practices across the board for companies that operate within the gig economy.

He said: “We believe enforcement is the name of the game, but the proof will be in the pudding.”

Moyers-Lee added that, while the Government has said there will be greater enforcement of employment rights, this will only be after a consultation phase, rather than something being done immediately.

He continued: “Having the right to request payslips or stable work is all good, but what happens when the employer says ‘no’?

“Enforcement is the major issue. This response from Government will, in my view, embolden companies as there is no immediate threat to them.

“I think it will be difficult to change the entire sector without Government enforcement, but we are certainly doing our best tribunal by tribunal.”

GMB, the UK union representing drivers in the court cases against their respective employers – Uber, DHL and Hermes – said the Taylor Review response “was like putting out forest fires with a water pistol”.

Tim Roache, GMB general secretary, explained: “This report looks like a consummate guide to tinkering around the edges - like trying to put out a forest fire with a water pistol.

“Big change is needed, change that is backed up by law and proper penalties for breaking those laws.”

GMB recently lambasted DHL-owned UK Mail, the delivery company used by M&S, House of Fraser, O2, Ebay and Argos, after some of its drivers reported they had to sign a new employment contract that would cut their pay by £2,000 or face being sacked.

Fleet News asked UK Mail if the costs of guaranteeing sick pay and holiday cover to workers, who may have previously been self-employed, had meant it had to adjust salaries to account for the additional employment costs involved. It declined to comment on that particular issue.

However, a UK Mail spokesman told Fleet News that it complies with all local market legislation and strives for fair compensation for its self-employed, last mile delivery couriers.

He said: “Due to the booming e-commerce business and the significant increase of parcel volumes handled by UK Mail, we review the earnings of our self-employed drivers on a regular basis.

“This is essential to ensure we are able to offer our customers the competitive prices they demand. While we are confident that due to the increase in volumes our couriers are carrying, they will continue to see their average earnings increase, a small number of drivers have opted not to renew their contracts under the new terms.”

Adam Pennington, a solicitor specialising in employment law and human resources at law firm Stephensons, said the legality of companies looking to reduce pay or change contract terms will come down to the employment classification of drivers.

If drivers for a fleet are classed as self-employed, their rights – unlike those of employees or workers – will remain relatively limited.

Pennington said: “UK Mail appears to be the latest in a number of high profile cases where the classification, or misclassification, of an individual’s employment status will determine the nature and extent of legal recourse – if any – they might have.”

Pennington said determining employment status for drivers in the future will likely come with an assessment to find out what degree of control UK Mail or a delivery company exerts over its drivers and the type or frequency of work they carry out. He said employers should be aware that a misrepresentation of the employment classification could result in a tribunal or court finding an element of the contract to be a “sham”.

In such cases, the whole of the contract – and the contract of others – could be considered null-and-void and the employer could face significant costs, both in legal representation and in putting the issue right within the company.

Pennington said: “It is crucial for companies to bear in mind that regardless of whether or not the stated intention of the working relationship is that of ‘self-employed’, the courts will always look to the substance of the matter, even if the parties expressly agree on that label.

“It is how the relationship functions in practice that counts, not what the parties have agreed to call it.

“Equally, it is well established that a contract of employment cannot be altered merely by attaching a different label to it.”

Companies that use self-employed drivers have welcome new employment legislation, but unions say they don’t go far enough to “fix a broken system”.

Deliveroo riders ‘self-employed’ due to flexibility of the job