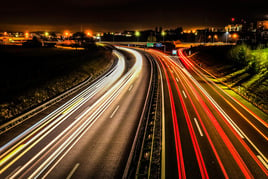 A road pricing system, based on miles driven, is backed by a majority of fleet decision-makers, new research from Fleet News suggests.

The snap poll, taken in the wake of a report from MPs recommending road-user charging as the only way to plug a £35 billion fiscal blackhole from a fall in revenues, showed 55% support for the tax change.

A sizeable minority, two-in-five fleets (40%), however, did not favour road pricing, while 5% said they were unsure.

When the views of all respondents were added into the mix – not just fleets – those against the road tax change stayed virtually the same (39%), but less than half (42%) said they backed a pay-as-you-drive scheme. One-in-five respondents (19%) were undecided.

It says that the Government should consider a road pricing mechanism that uses telematics technology to charge drivers according to distance driven, factoring in vehicle type and time of day.

MPs say they have not seen a viable alternative to a road pricing system based on telematics, suggesting it is the only route the Government can take if it wants to reform motoring taxes and plug the potential shortfall in revenues.

However, it says that any new system of road taxation must be revenue neutral and assess the impact on high-mileage drivers, such as road hauliers and those in rural communities, and on those least able to adapt to increased motoring costs.

Dr Gavin Bailey, sustainable transport lead at Eunomia Research and Consulting, says that the Government should explore implementing a road user charging scheme as soon as is feasibly possible.

"There are many forms that such a scheme could take, from simply charging road users by overall distance travelled to ‘dynamic’ road pricing, taking account of the location and time of day," he said.

"However, from an environmental perspective, we would also suggest differentiating the charge by vehicle weight, as this acts as a proxy for energy use."

"It is hard to see how setting the charge at lower than fuel duty, which has been frozen for more than a decade, will incentivise people to use alternative modes of transport.

"For road user charging to be a truly progressive environmental policy, the price incentive must be there to get people out of cars and into public transport and active modes of travel. Without it, it would likely turn into a missed opportunity.”