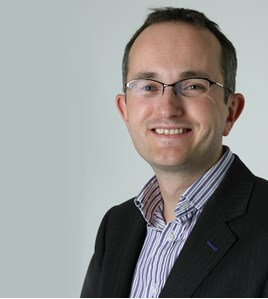 Emissions Analytics is hoping its new real world NOx emission rating system for new cars will drive fleets to change their purchasing decisions when it launches early next year.

It will be the first time official tests will be conducted outside the laboratory to measure NOx levels emitted in real driving situations against the regulated limits.

The company has been conducting its own independent tests over the past four years.

He said: “The Volkswagen scandal has propelled the question of NOx emissions up the agenda, but there is a lack of information available to inform decisions and track performance.

“That is where our ratings scheme will help, and we hope to work with a wide range of fleets so they can contribute to NOx reductions and evidence the progress.”

John Pryor, ACFO chairman, said fleets will take what they can get to help inform their purchasing decisions.

He told Fleet News: “If it becomes like an air quality version of the NCAP rating, I’m sure it would become another column on the factors that decide the choice list.”

Pryor added that fleets were not widely monitoring NOx levels on their fleets, but they may if the data was freely available or if there is a push to do so if company car taxation changes to incorporate air quality.

The cycles are a mix of urban, rural and motorway driving, and are performed in a standardised way using Emissions Analytics’ drivers.

The company is already testing real-world fuel efficiency and CO2 emissions (fleetnews.co.uk/emissions-analytics-CO2). It is also working with a group of experts to provide advice and guidance, review test and rating methodology, monitor the regulatory context, and provide input into the wider development of the NOx scheme.

Molden is in discussions with UK fleets about accessing the data and confirmed that some manufacturers have already subscribed to use the data in marketing materials.

From September 2017, part of the type approval process for passenger cars in Europe will include a compulsory real world driving emissions test (RDE) using a PEMS for NOx (CO2 is due to be added in 2019).

However, Molden said RDE was not yet approved. “One of the weaknesses of RDE is that the manufacturers will conduct their own tests on their own routes, albeit witnessed by a type approval authority,” he added.

“Our test is on the same route each time and is conducted independently by us.”

A spokesman for the Society of Motor Manufacturers and Traders described RDE as “an important breakthrough”.

He added that accurate and consistent calibration of testing equipment will be vital to ensure the programme is “standardised, rigorous, and robust” and that fleet managers will need to be careful not to take the results “out of context”.

“RDE will be used to verify the lab test results in the real world, but the infinite variations of actual driving conditions, including driving style, load, gradient, weather and road conditions, will mean the results are indicative rather than comparable between vehicles,” the spokesman said.

He declined to comment on whether manufacturers supported the independent tests by Emissions Analytics.

Emissions Analytics will release its first set of information in January. Fleets can view five-star NOx emissions ratings for free, but will be charged a fee to use an online database to access the detailed test data underlying the ratings.

Some manufacturers, like PSA Peugeot Citroën, have already committed to publishing real world driving mpg figures next year and NOx figures in spring 2017. Others may follow suit and publish their own real world figures.