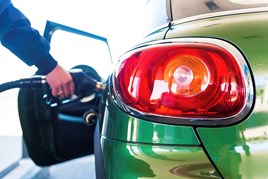 The supermarket is usually the only one to operate a national price cap, but Tesco and Morrisons followed suit and lowered diesel at all its sites to the same price at midday.

Andy Peake, Asda’s senior petrol director, said: “We’re delighted to be the first retailer to take diesel to its lowest price level in over six years. This latest announcement shows that we’re committed to being the driving force behind lowering fuel prices across the UK regardless of where you live.”

The RAC said the move was slower than expected, but it believed there was room for further cuts.

RAC fuel spokesman Simon Williams added: “We would have liked to have seen a cut sooner, and one that goes further, to more closely reflect the price retailers have been buying diesel for, but this is nevertheless good news for motorists and of course businesses that run their fleet vehicles on diesel. Diesel has been sold on the wholesale market for less than unleaded petrol since early last month, yet drivers have had to wait more than six weeks for this to be only partially reflected at the pumps.

“The wholesale falls are driven by a world currently awash with oil, which dropped to just $26 a barrel this week, a 75% decline from its $115 high 18 months ago. This turned up the heat up on the supermarkets and big fuel retailers to cut the price of diesel. Data from RAC Fuel Watch suggests however that the pressure on prices remains, and we believe there is further scope for between 1p and 2p to come off the price of a litre of diesel within the next fortnight. There remains a 5p gap between the wholesale prices of both fuels.

“Nonetheless, we expect this latest price cut to be the trigger for the UK seeing the average price of diesel being sold on forecourts falling below the £1 mark – something that hasn’t happened since the end of March 2009.”