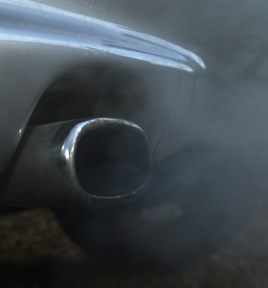 The average daily distance driven in passenger cars is not sufficient for a vehicle's pollution control system to warm up and become fully functional, analysis of the latest EQUA Index data shows.

The resultant high levels of cold start NOX emissions, from both petrol and diesel engines, could provide an additional challenge for urban air quality initiatives such as the proposed Clean Air Zones in the UK.

According to the Department for Transport, more than half of car driver trips nationally are under five miles. In Inner London, the average journey distance by car per-person-per-day is just 1.5 miles.

For the majority of vehicles tested by Emissions Analytics, it can take more than five minutes for after-treatment systems to reach operating temperature.

The table below shows the uplift in NOX for cold starts tested at one minute and five minutes from key-on, compared to when fully warm, across the combined EQUA Index cycle.

Petrol has lower NOX in absolute terms but proportionally has much higher NOX in the first minute, but which then falls more rapidly than for diesel cars.

This is typically as the three-way catalyst reaches effective operating temperature.

More generally, the thermal management of exhaust systems for engines where the exhaust frequently cools, such as with stop-start technology or hybridisation, is of growing importance in limiting NOX emissions.

By looking at the average NOX emissions of 5% of the data with lowest instantaneous exhaust temperatures from each Euro 5 and 6 passenger car test (excluding data points where the engine is off), and comparing it to the average NOx emissions when the engine is warm, it shows a very similar picture to the cold start data.

Petrol engines suffer proportionally much more from cooler exhausts although produce less NOX in absolute terms, whereas the diesel engines have a 29% uplift in NOX when the exhaust temperature is lower. In terms of total emissions, the average uplift is 0.160g/km for diesels and 0.067g/km for gasoline vehicles.

The potential introduction of Clean Air Zones in UK cities is a cornerstone of the Government's strategy to reduce air pollution.

However, driver behaviour in cities (short trips, the use of stop-start technology and/or choice of hybrid vehicles), when combined with exhaust after-treatment technologies which are sensitive to exhaust temperature, means that other measures will be necessary if NOX emissions are to be reduced.

The EU has acknowledged the importance of cold start emissions by including their measurement in the new Real Driving Emissions regulations that start in September 2017.

However, there is a danger that the effects are under-measured compared to real-world journeys of short length.