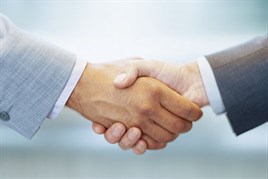 Three hundred service engineers have resolved a long-running dispute with their employer over the installation of telematics in their vans.

The engineers, who service lifts, doors and escalators across the UK for Finnish-owned Kone, had called for a fortnight’s strike in protest at the fitting of the tracker system, known as VAMS. Staff claimed the system was inaccurate and unreliable.

The issue had already resulted in workers taking a day’s industrial action in April and observing an overtime ban and bans on night-time call-outs.

Their union Unite had said that the tracking device should not be used to verify time-sheets and site arrival and leaving times because it was unreliable. It cited one example where the system suggested a driver was alleged to have driven 1,000 miles in one day without refuelling.

Unite national officer Linda McCulloch said: “Evidence has shown the mileage recorded by VAMS for business or private use is not accurate and exaggerates the amount of mileage being completed.

“It is a spy in the cab that does not function properly, so it is understandable that our members are angry. This will lead to employees being wrongly assessed for private mileage and could lead to wrong deductions from wages and ultimately disciplinary situations.”

The union said workers voted by 81% for strike action and 91% for industrial action short of a strike.

However, a new framework document, negotiated with the help of the conciliation service Acas, now “provides loads of safeguards” for the engineers, said McCulloch.

“The agreement provides mechanisms that will ensure that VAMS accurately records and measures the workloads of the employees.”

Kone’s has sites in Gateshead, Glasgow, Chertsey in Surrey, Keighley and Warrington. In a statement to local press, Julie Dennell, Kone’s HR director, said the firm was pleased that the situation had been resolved.

She added: “Both parties have agreed a common framework and terms of reference, and the ongoing industrial action in parts of our business will now cease.”

However, despite requests from Fleet News for further information from Kone and the system’s manufacturer, there was no response.

Unite insists it is not against the principle of in-vehicle  telematics when used for health and safety purposes, but has previously made its opposition to the technology  abundantly clear.

It joined 15 other trade unions, representing the lifts and escalators sector, by signing the Vienna Declaration on November 12, 2014, which identified and discussed the challenges and threats faced by the industry.

Chief amongst their concerns was what they described as a deterioration of working conditions and a growing pressure to perform a greater and more intense workload, and the “GPS tracking and observation of staff”.

The declaration continued: “We oppose any surveillance and GPS tracking of staff, which increases the pressure  on employees and is a direct threat to their safety.

“Additionally, this form of employee surveillance is a gross violation of their privacy.”

Tackling union resistance is not unusual for fleets. Delegates at a recent public sector roundtable told Fleet News they sometimes face a challenge winning approval for any changes they want to implement (Fleet News, May 28, 2015).

The use of technology to monitor driver behaviour had been a particular difficult sell for employers.

Fleet managers recognise the potential savings available through the use of telematics, with fuel, accident rates and service, maintenance and repair all areas that can benefit from the technology.

However, delegates described the need to take a piecemeal approach, while also focusing on the need to change hearts and minds.

Environment Agency began introducing telematics into 50 vehicles for a trial, with a focus on safety.

Ian Jutson, Environment Agency’s strategic fleet manager, explained: “It enabled us to prove the concept, but it has still taken us nine months to get the agreement from the unions to install telematics across the whole commercial fleet.”