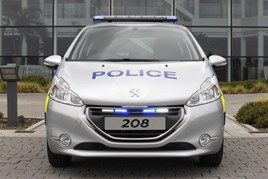 More than 17,000 drivers have been convicted of careless driving since police forces were given the power to issue fixed penalty notices for the offence two years ago.

The figures come from a Freedom of Information request by the IAM, Britain’s biggest independent road safety charity, to every police force in England and Wales.

The statistics cover the two years from August 2013 to August 2015. A total of 17,468 people were convicted of this charge in this time period.

Some 33 out of 43 police forces responded to the IAM’s request.

On August 16 2013, police were given the power to give on-the-spot penalties for drivers who put other road users’ lives at risk for offences such as tailgating and poor lane discipline.

Sarah Sillars, IAM chief executive officer, said: “While these offences fall under the lower end of the scale for motoring transgressions, such driving behaviour could easily have caused a serious accident.

“Tailgating is an aggressive action designed to intimidate another driver, while unpredictable lane-changing is both thoughtless and dangerous.

“We hope these on-the-spot fines and remedial courses have helped concentrate the drivers’ minds and make them think twice about these potentially hazardous manoeuvres in the future.”

In the case of Essex with the highest number of people convicted 2,958 of them undertook a course, 484 went to court and 188 took a conditional offer.

In Humberside, the second highest area 1,469 attended and completed a retraining course and 364 have been put forward for consideration for court prosecution.

Nottinghamshire’s 1,139 were issued with fixed-penalty notices and a summons to court issued to 72 of those.

A more detailed breakdown of actions deemed to qualify for the offence of careless driving was provided Merseyside Police; which showed 32 drove on the wrong side of the road, or the wrong way down a road (driving without due care and attention), 13 for bad driving at a roundabout (same category), 12 for tailgating and two for intimidating or obstructing a cyclist.